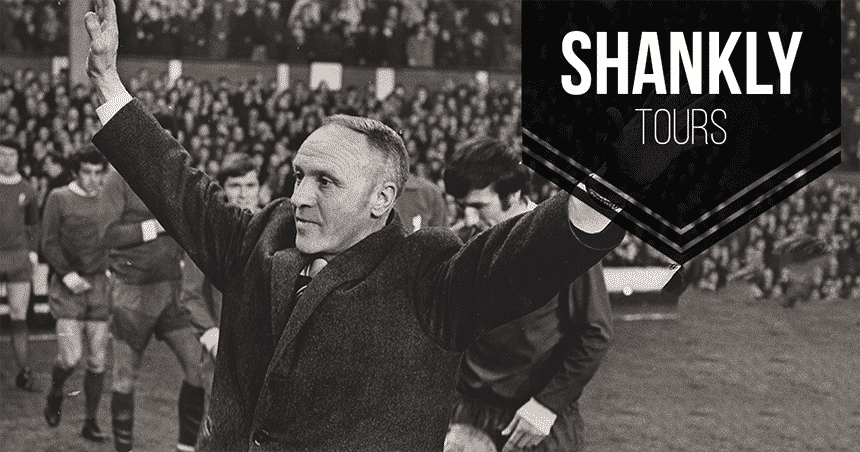 At its heart, Liverpool is a football city. With two great teams representing the real heart of Liverpool, taking a football-themed tour of the city is the best way to see the history that shaped the sport that our city holds so dear. Our Shankly Tours are built with you in mind, taking you to see iconic landmarks across the city.

For an LFC super fan and Bill Shankly admirer, our Match Day and Memorabilia Tours are the perfect way to get a glimpse into Shankly’s Liverpool.

Take a look at just some of the highlights of both these incredible tours and get excited to begin your journey around the city that made for Shankly.

The Sandon is one of the most famous red pubs in Anfield and is well-known as the ‘birthplace of Liverpool Football Club’. The first brewer in The Sandon was once president of Everton FC in their early days before he started his own football club when the relationship turned sour.

The football club he started would go on to become Liverpool FC as we know them today. Fans flood through the doors of The Sandon every match day to experience the authentic and unique atmosphere that can only come from a pub with deep ties to the Reds.

Our Match Day Tour offers you the option to enjoy pre-match hospitality at the iconic Liverpool drinking hole. If you purchase the entire Match Day Package, you’ll enjoy a free drink on arrival, a delicious, home-cooked meal and unlimited hot drinks before you head to the stadium to watch Klopp’s eleven do their thing.

When you book onto a Match Day Tour, not only will you get to see all of Bill Shankly’s favourite haunts, you’ll also get a behind the scenes look at Anfield itself.

While the fans are preparing for a thrilling 90 minutes, you’ll get to see the areas that only players and VIP guests can visit. Touch the infamous This Is Anfield sign, walk down the players’ tunnel and stop by the press area and see where many a post-match reflection has taken place.

You’ll even be able to get a photo in Klopp’s seat and see what it’s like to be the man in charge!

Melwood, in West Derby, has been the training ground for Liverpool FC players for decades. After years of use as a school football training ground, the area was in a state of disrepair. Shankly noted in his autobiography that ‘it was a sorry wilderness’ and pledged to improve the training conditions.

Shankly helped to transform and revolutionise Melwood into a top-class training facility. One that his incredible team deserved.

Shankly spent many hours here, making sure his team were up to standard and perfecting his ‘pass and move, keep it simple’ philosophy.

You can now cast your own eye over the place where Liverpool players spend hours upon hours perfecting their techniques and training to be the best in the world.

During his time as Liverpool FC manager, Shankly took up residence in Sandforth Road in West Derby, just a few minutes walk from Melwood training ground.

Sitting at the top end of Sandforth Road are the Shankly Playing Fields, a recreational public area where children, teenagers and adults alike can come together for a bit of football fun.

When he wasn’t leading to Reds to victory, kids of the time reported that he used to come and referee for their friendly matches.

Keith Duckworth, a Liverpool native, once had the privilege of using Shankly’s toilet when nature called one day on Shankly Playing Field’s grass. He said: “Couldn’t believe I was sat on his loo. He told me that if I wanted to play for Liverpool, I should play for a team instead of watching them.”

On the Match Day Tour, you can catch a glimpse of the playing fields and imagine a time when Shankly used to grace the grass and inspire aspiring footballers of West Derby.

When you visit the Shankly Playing Fields, you’ll also get the chance to see where Bill Shankly lived with Nessie.

Everyone in the area knew Bill and everyone developed a strong respect for the Liverpool manager. He was always friendly, always kind and would stop and sign autographs and speak to anyone that took the time to say hello.

The house is modest for such an icon and hero, but what more would you expect from such a down to earth man?

Guided Tour of our Shankly Memorabilia 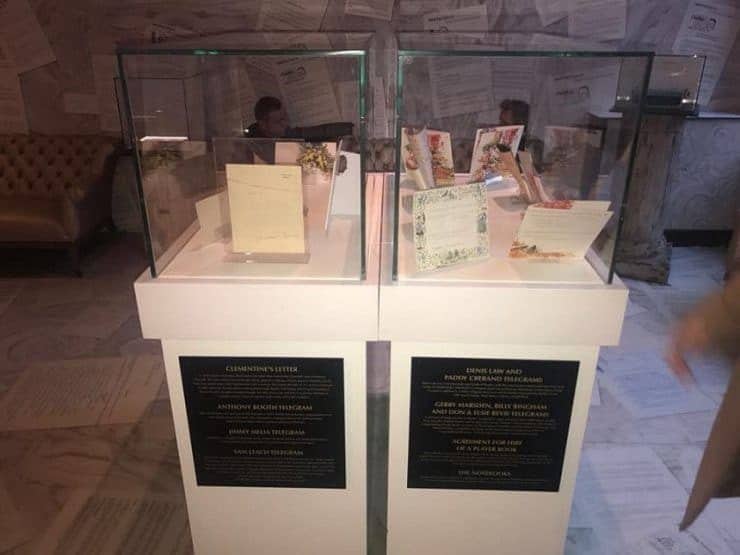 The Shankly Hotel is not only one of the highest rated hotels in Liverpool, it also serves as a lasting monument to the man that changed Liverpool FC forever.

With iconic items from Shankly’s life such as his original contract, trophies and personal artefacts, there’s no place like the Shankly Museum to get your fill of everyone’s favourite football manager.

The guided tour of all this memorabilia is a great way to hear all about the items on display, including anecdotes and explanations that can only be heard from someone who knows them inside out.

A Photo with Bill Shankly Himself

In 2016, we launched the Shankly Virtual Experience in The Bastion Bar & Restaurant, offering a unique experience for Shankly fans.

The virtual reality hologram will place Bill at your table, enjoying your food with you as you soak in all the memorabilia that the restaurant has to offer.

When you embark on a Memorabilia Tour at The Shankly Hotel, you’ll get your very own photo with the man himself. It truly has to be seen to be believed!

Book One of Our Shankly Tours

All of our Shankly Tours are an incredible way to see Liverpool with a difference, whether you’re visiting Shankly’s favourite spots or gazing upon the memorabilia that was generously donated by his family, they’re the perfect way to spend an afternoon doing something different in Liverpool.

Match Day Tours are available when Liverpool are playing at home in Anfield and the Guided Memorabilia Tour can be experienced every day at 12pm in the Shankly Museum. Make sure you book in advance so you aren’t disappointed!

Email us at info@shanklyexperience.com to secure your place on an unforgettable Shankly Tour in Liverpool.