Behind every man, there is a great woman

The Shankly Hotel and The Shankly Family Foundation; all ventures carrying the name Shankly invariably default thoughts to Grandy Bill and what he achieved.

I thought it apt however to explain how all these achievements were fuelled via the support of the REAL and original iron lady, his wife and our Nan, Agnes Wren Shankly, affectionately known as Nessie and to us, Nanny Ness.

Read any book, any biography, any interview, any literature on Grandy; and you will always find mentions of Ness, conveying how ‘behind every man, there is a great woman.’ The phrase could have been written specifically for her.

The personal sacrifices she made, leaving her native Scotland; putting roots down only to be uprooted years later for new pastures (the life of a wag eh!), can never be downplayed. 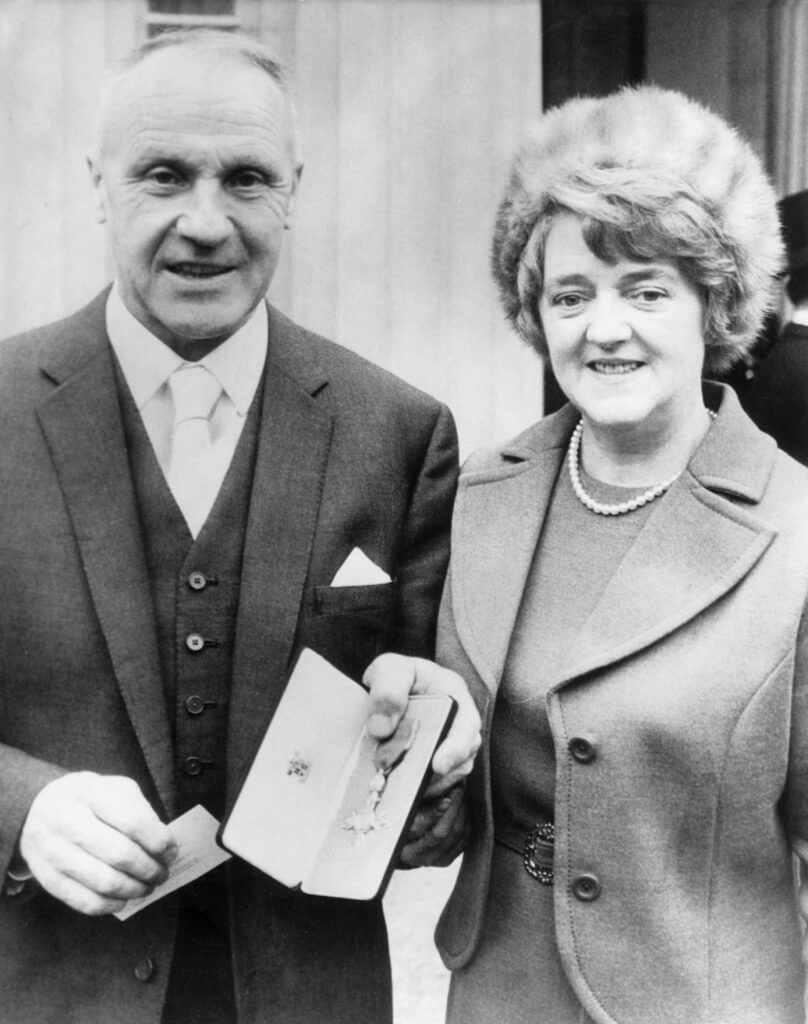 She unreservedly supported him in everything he did. She was strong and would give her opinions, always speaking her mind, always with wise words; but always in a supportive manner ensuring the best for Grandy and of course the family; my Mum Jeanette, her elder sister Barbara, and later all of us grandchildren.

Everyone knows the stories of how fans would constantly knock at the house looking for Grandy; and she would always go above and beyond to make them feel welcome, often usually ending up cooking for them or giving them refreshments!

The role she played in supporting Grandy can be read and heard in many forms of literature and media, but I wanted, via this piece to convey her role in inspiring me. Inspiring me towards launching ventures such as the hotel and museum, the tour and of course; The Shankly Family Foundation.

If I had to sum her up, I would say she was the best human being I have ever known. One of the most generous, strong, wise and loving people I have ever met. She was completely selfless. Where Grandy was all about the people, so was she. She never took anything for herself, she simply gave.

She was patron for many charities; and was an avid supporter of charitable activity; attending and lending her support to as many events and organisations as possible. I remember her often telling me as a small child, how she was off to the ‘Piles of Pennies’ or doing work for the RNIB and others. 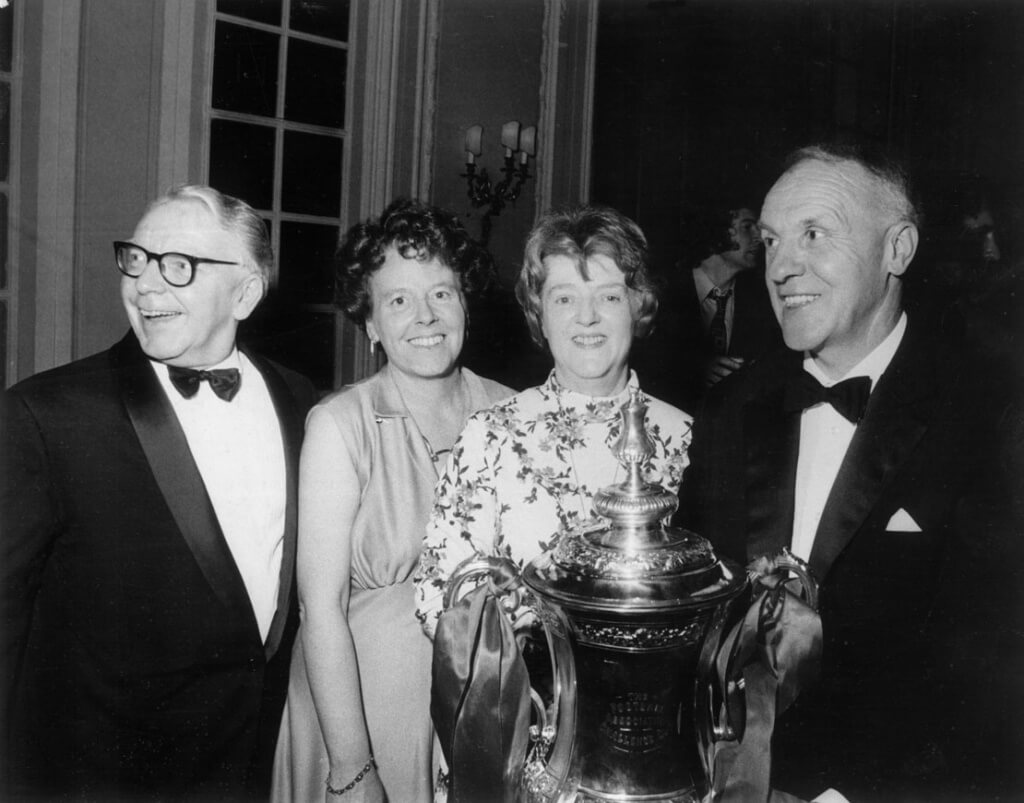 She would NEVER have classed herself as a celebrity, to suggest such a thing would have offended her; but she would lend her presence and name if it meant helping an organisation or people.

She was the first lady of football.  I remember hearing a story where she had attended an event in the north of the City; I think it was a presentation to a local amateur football team. She had been driven there and left her bag in the car. The car was broken into and some of her belongings taken. Word spread of the incident and who the items belonged to. Within an hour, they were returned no questions asked. I love that story.

A Proper Brew and a Pop Quiz

Nanny passed away on August 2nd 2002. I was 20 years of age. My memories of her are of her simply always being there. We never wanted for anything.

She lived around the corner in the house she and Grandy lived in from when they moved here in 1959 to when she passed away in 2002. When we would visit, you could count on the following.

Firstly; a cup of what we called, ‘Nanny’s Tea.’ It was a Brazilian tea, made the proper way with a strainer. Her and Grandy had always had it imported as he too loved to drink it. It was a sweet tasting tea that we as kids loved to drink. It’s proper name for those interested was Yerbhama (although don’t quote me on the spelling!).

We referred to it so often as ‘Nanny’s Tea’ that my cousin, Emma, once entered a well known supermarket chain and asked if they sold ‘Nanny’s Tea’!

Secondly, she would quiz you if you needed anything. Did we need new trainers. Did we need  new clothes. Did we have enough money. You would rarely leave the house without having been given something; despite our protestations that we were ok.

I used to ‘play out’ in the road she lived in with friends who also lived in that street, and I would often make my way to see her a few times a day when in the street.

I vividly remember I would ring the bell, slide open the porch door and stand in, looking through the frosted glass of the interior door until I saw here come out of the living room to make her way down the hall towards the front door.

I’d put my head against the frosted glass at that point and she would playfully punch the other side of the glass as I did so before opening the door. Then I’d ask her usually for my pocket money (as you do as a kid) or a Chunky Choc Ice (she always had them in), which was the third thing you could usually expect when you went around.

I’ve got so many fantastic memories of her, like the time she took me into West Derby Village at Christmas when we had torrential snow as a young child, and we both slipped and fell over on the ice and snow laughing as we took each other down.

When we used to take her shopping with us to Sainsbury’s for a combined weekly shop (she’d usually try to pay for that too!). 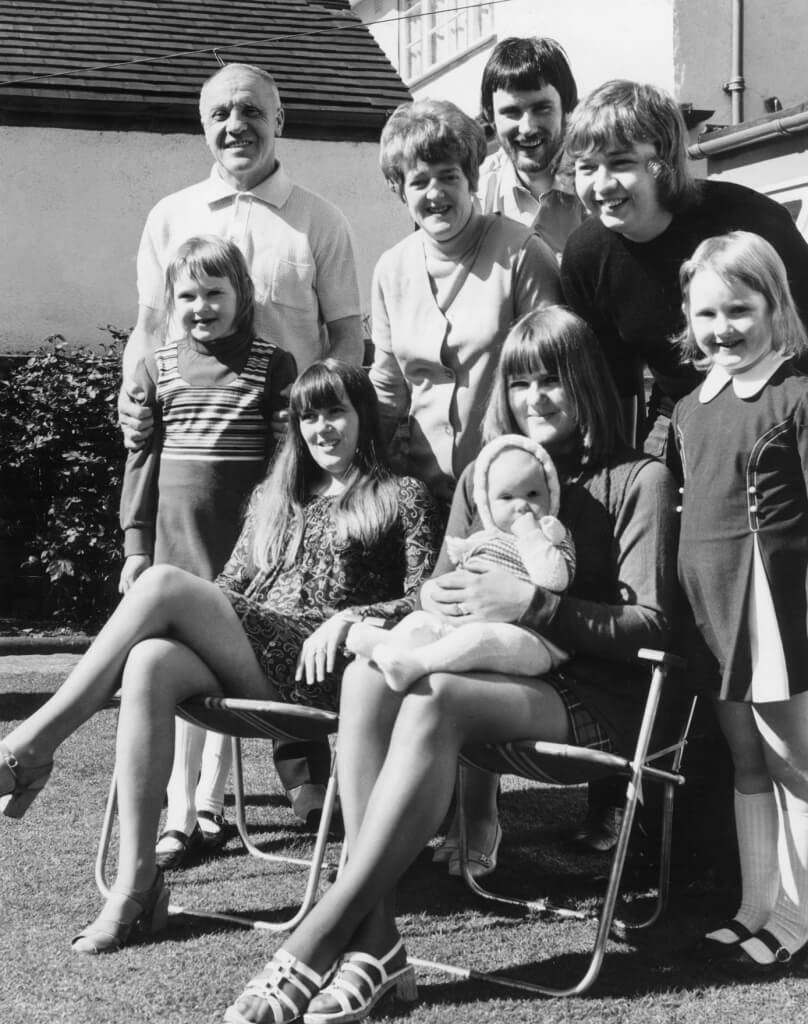 There was one time when we picked her up for this, and the winds were so strong that as she got to the door of the car to get in, she was nearly swept away by a large gust, saved only by clinging onto the seal of the rear passenger door window.

Her little face was up against the glass as she clung on but she was laughing at the same time, and as kids, we were hysterical laughing in the car. And don’t get me started on her rain hood, as I will be here all day.

She was simply a light that shone over our family and made everything ok. She spent her life giving to people and when in her older age, she got sick, people gave right back. None more so that her daughter Jeanette; my Mum, who is more than a chip off the old block from Nanny Ness.

She dedicated everything to caring for Nanny in her last years. Despite illness however, her spirit never broke. It never altered her as a person. She remained everything she was until the end.

All in the name of Shankly; Bill and Nessie; the couple who made people happy.

The First Lady of Football

When Nanny died in 2002, her funeral was held at St Mary’s Church in West Derby as had Grandy’s. The church was packed to the rafters. People had to wait outside as they couldn’t get in due to capacity issues. A who’s who of Liverpool players (and other teams) past and present attended to pay respects.

Proof that she was the first lady of football, our Nanny Ness, my inspiration. 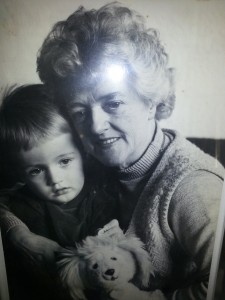