No Time To Waste

So I tend to wait at least 24 hours before I blog post Liverpool football match; but I couldn’t help myself tonight. The tight pains in the chest and stomach  (no don’t worry I am not having a heart attack) signalling how my frustration starts to turn towards anger gripped me intently tonight.

Yet again, we were undone by a set piece and our inability to defend it properly. It really is beyond tedium now.

Yet that wasn’t the biggest source of my frustration. If I’m being honest; we carved out just about enough chances to state we probably deserved a draw. The game was fairly open and if Liverpool players hadn’t displayed an uncanny knack for taking too many touches when in on goal, many of them inadvertent; we might just be ‘celebrating’ a point.

Not the man for the job

Alas not; and the source of my frustration weighs heavily on Mr Balotelli.

I’m sorry, but Ill say what others don’t want to say. He isn’t even nearly good enough and I’m not sure he ever will be. I said it the very day we were linked with him. I said it the day we signed him and I’m saying it now.

Those who support him; I’d love to list what qualities he brings as I haven’t seen any. He is lazy, has a poor attitude, contributes more in petulance than with his football, is greedy and selfish. He looks like he doesn’t know where to make runs and consequently doesn’t run anywhere other than into his team mates way. He simply looks for it to happen to him, rather than making it happen and is more pre-occupied with trying to do it all on his own than playing for the team.

People say he has ability. Well I’m sorry, he has only displayed it in miniscule doses. “He needs the ball into his feet!” people yell. That’s funny; because when it does go to his feet his first touch and decision making is poor. The first time we held the ball up all night was when Rickie Lambert came on with his first touch.

I said from day one that I’d support him whilst he wears Liverpool Red and I stand by that, but it doesn’t mean I cant have an opinion on him and voice it in a forum that stimulates debate.

I’ll sum it up by stating that I think he was hugely the wrong option for Liverpool Football Club. Other targets fell away in the transfer market and we should have kept hold of the money and hung on for January or beyond. I firmly don’t believe he will work out here but as I said from the start; I’d love to be proved wrong but I REALLY don’t see it happening.

People commented on social media tonight about Markovic. He may have been poor but at least he was having a go. Can the same honestly be said of Mario. He’s played half a dozen games for Liverpool now and he knows what fans want from him but his approach doesn’t seem to change as game’s go by.

Whilst I am writing; criticism should also be leveled at one of my favourite players Philipe Coutinho. 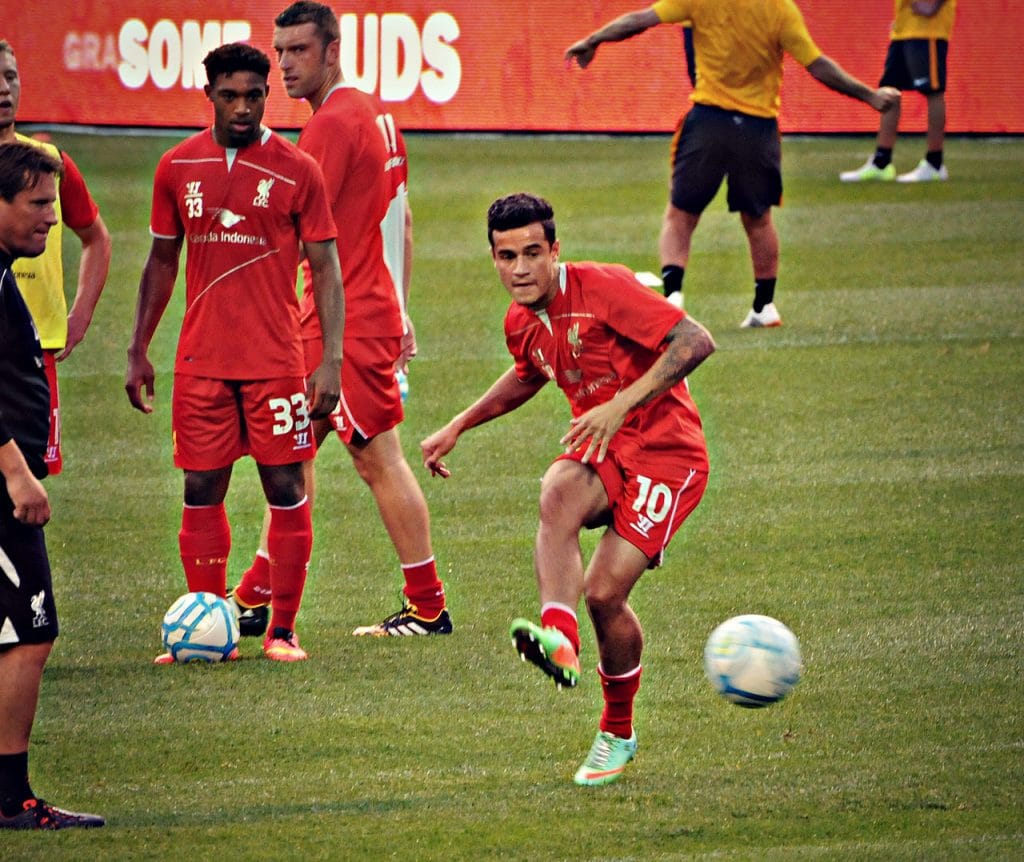 The Brazillian is a little genius, one of the most talented players around, and on his day is unplayable. But I have constantly outlined he is falling into dangerous territory with his anonymity in games. Quite simply, he needs to step up. Quickly. Otherwise he will fast disappear into the realms of an also ran, and the I told you so’s will soon point out that we got such a bargain at £8.5 million from Inter for a reason. It would be a tragic waste of talent.

A much needed tonic is needed. Quickly. I sincerely hope that West Brom at Anfield on Saturday provides that before the international break!