No matter where your interests lie, a simple hop skip and a jump will take you into several of Liverpool’s most widely visited cultural attractions.

We have put together a helpful guide so that you can make the most of your visit to Liverpool with The Shankly Hotel.

Liverpool has a wide selection of museums both big and small, and what’s more, they are all within 15 minutes’ walk of The Shankly Hotel.

Host to exhibitions about space, biology and natural history all giving visitors the chance to gain extensive knowledge on the planet we inhabit.

During interactive workshops inspired by museums exhibitions visitors can learn all there is to know about planet earth. From the deepest depths of the sea to the furthest reaches of space, there’s something for every age at The World Museum.

For those with an interest in wartime history take a walk to Western Approaches Museum, an expertly restored bunker surviving from WW2.

Inside, war history enthusiasts can enjoy touring hidden rooms including The Map Room which has remained as it was from the day the doors were sealed in 1945.

The Western Approaches bunker played an important part in the strategy implemented during WW2 that some say had a massive impact on our victory.

The Museum of Liverpool – 15 minutes’ walk

A trip to the Museum of Liverpool will leave you with an in-depth knowledge of our fascinating city. Exhibitions on display depict the past, present and predicted future of Liverpool and teach visitors all that helped shape the landscape of the Liverpool we know today.

Information on the sporting and creative achievements of Liverpool’s people, as well as the impact of Liverpool maritime involvement, is all on display at the Museum of Liverpool.

On historical Albert Dock visitors to Liverpool can take a stroll around The Piermaster’s House. This stunning period building has been recreated in the style of a genuine WW2 homestead, complete with ration booklets and gas masks.

The original purpose of the dwelling was for the Piermaster and his family to stay, the Piermaster being responsible for directing ships in and out of Liverpool’s busy port in the latter half of the 18th century.

The Piermaster’s house is just one of four houses built that survived heavy bombings during the second world war. 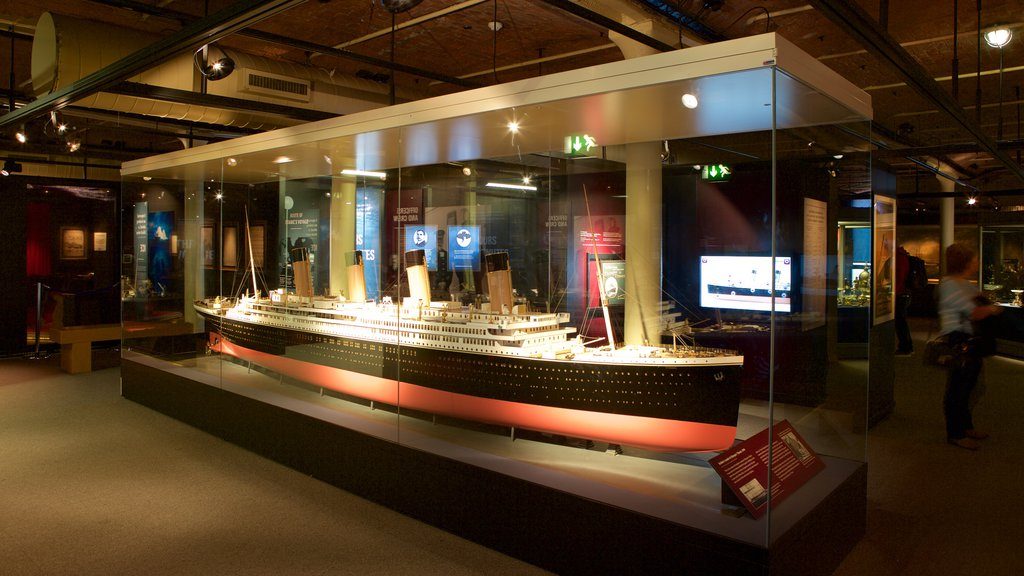 For an insight into  Liverpool’s maritime past, The Merseyside Maritime Museum has it all. There are theatrical performances recreating major moments from Liverpool shipping past as well as interactive lessons on LGBT lives in the Navy.

There are theatrical performances recreating major moments from Liverpool’s shipping history as well as interactive lessons on LGBT lives in the Navy.

A real chance to learn about how influential Liverpool was on the seas. 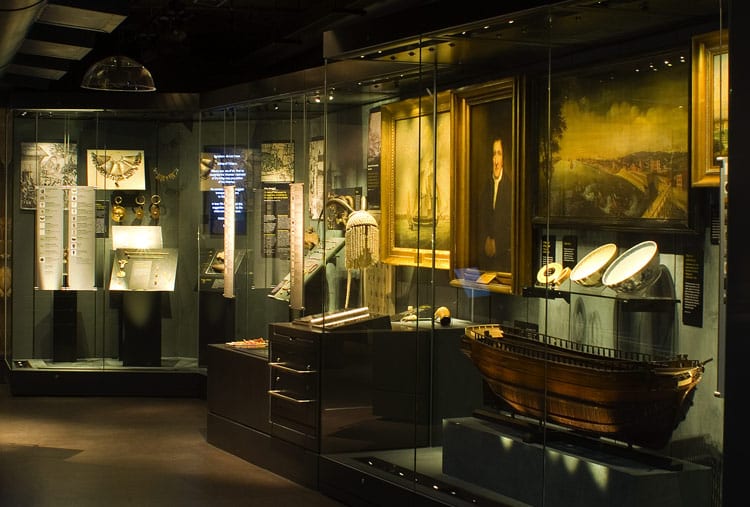 The last museum in our list is the only one of its kind, serving to highlight the past and present day issues of the human slave trade.

The International Slavery Museum is home to some inspiring historical collections. Each tells the stories of countless individuals and their journeys. From being plucked out of their countries, documenting their harrowing journey across the sea to reach their destination to serve as slaves in America.

Although a troubling part of Liverpool’s past a visit to The International Slavery Museum is well worth it. Learn about the history of slave trade and the huge roll Liverpool played in the import and export of humans over the course of four centuries.

As well as museums, there are some exciting Liverpool landmarks that are not to be missed all within walking distance from the Shankly Hotel.

The Liver Building, Cunard Building and Port of Liverpool Building are three of Liverpool’s most iconic structures. Sitting proudly along the Mersey River these three buildings played a huge part in Liverpool’s long history.

The Cunard building was home to the Cunard shipping line and has recently celebrated its 100th birthday. Now owned by Merseyside Pension Fund the Cunard Building has hosted short exhibitions and public events.

The Liver building was originally constructed to house the Royal Liver Assurance group who assisted families when a wage-earning member was lost.

When the Liver building was originally constructed it was the tallest in the city and one of the first buildings made with reinforced concrete. It is now a nest for symbols of the city the Liver Birds and an iconic part of Liverpool’s unforgettable skyline.

The Port of Liverpool building is a stunning architectural creation noted in Liverpool for its ornamental detailing.

The domed centre and surrounding cupolas give the Port of Liverpool building a somewhat palatial appearance.

All three buildings make up a large part of the UNESCO World Heritage Waterfront each is a definite must see during any visit to the city for learning more about Liverpool culture.

The very first building in the UK to be built without using wood and thus Albert Dock was the first non-combustible dock warehouse in the world.

After a peak in business being used as a docking facility fast advances in shipping technology relegated Albert dock to use as a storage facility.

Then commissioned by the Admiralty during WW2, Albert Dock provided a base for the British Atlantic Fleet.

After this Albert Dock was unused for approximately a decade until Merseyside Development Corporation was created and took control of the renovation.

Since re-opening in 1984 Albert Dock has become a major tourist attraction home to a few Liverpool museums and art galleries as well as a host of popular bars and restaurants.

One of Liverpool’s most visually appealing buildings is St Georges Hall.

Originally built to host music festivals, banquets and concerts, today this stunning venue still houses some of Liverpool’s most exciting events. These include live music performances, culinary and vintage fairs, corporate events and even weddings.

Perhaps the most striking feature of St Georges Hall is the Great Hall, with ornate tiled flooring and gilded carvings, a breath-taking sight to behold.

Visitors can view St George’s hall as part of a tour or during a visit to one of the amazing events taking place.

Our own slice of Liverpool’s historical culture 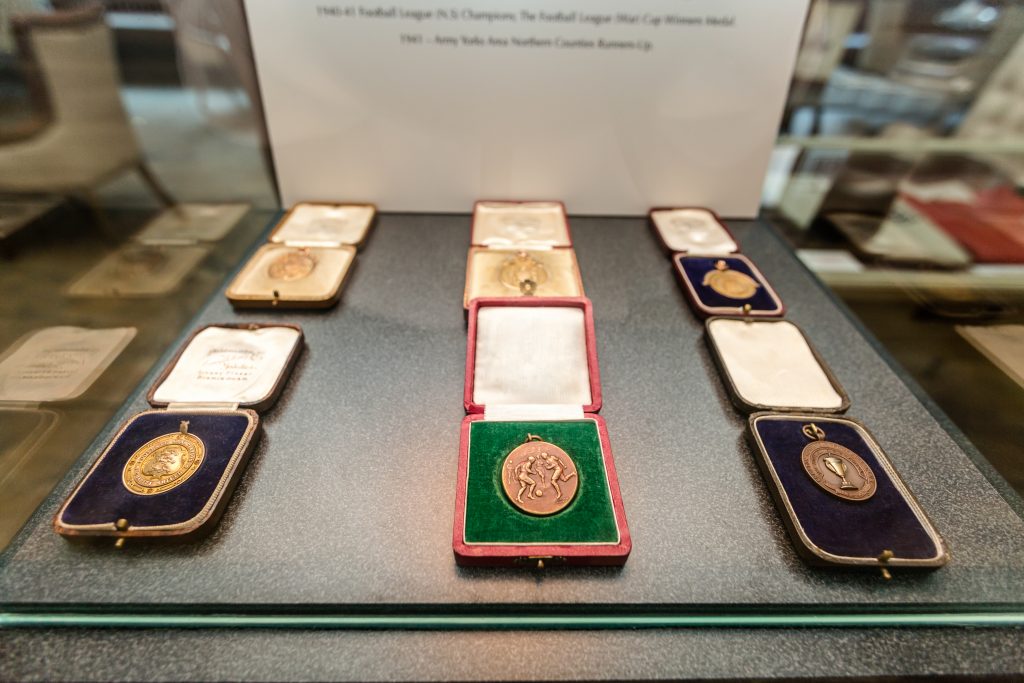 The Shankly Hotel is the ideal place to stay for an experience of Liverpool’s interesting past. Even in the hotel itself, guests can learn all about one of Liverpool’s most iconic player/managers Bill Shankly.

Our Bill Shankly Museum details the life and career of Shankly, with rare memorabilia on display that includes handwritten letters, award and medals, even a training tracksuit from his time at LFC.

Learn all you can about Liverpool culture from the past and present during a visit to the Shankly Hotel.