Bill Shankly and Dixie Dean: Friends Until the End

On March 1st 1980, the football world lost one of its greatest sons, and Dixie Dean’s death ended a long-standing friendship with Liverpool Football Club’s Bill Shankly. Despite their friendship being one of the more unusual football friendships, with the two having allegiances to the city’s rival clubs, Bill Shankly and Dixie Dean remained friends following their careers in opposing clubs.

The Day of Dixie Dean’s Death

Dixie had cemented himself as an Everton legend when he became a record goalscorer during his time with the club and became firm friends with Bill Shankly when Shanks retired from Liverpool Football Club in 1974.

It’s famously reported that Shankly was more warmly welcomed at Goodison Park than at Anfield in the years following his retirement and the legendary Reds managed frequently attended Everton games in his twilight years.

On the morning of Dixie Dean’s death, on March 1st 1980, the two enjoyed lunch together in the run-up to the 1980 Goodison derby match. They chatted and laughed at Liverpool’s Moat House Hotel on Paradise street and Dixie was given high praise from the man that changed Liverpool football club.

Bill Shankly said: “Dixie was the greatest centre-forward there will ever be. His record of goal scoring is the most amazing thing under the sun.He belongs in the company of the supremely great, like Beethoven, Shakespeare and Remembrandt.”

Little did Shankly know, these were the last words he’d speak of Dixie in public while the Everton legend was still with us.

At the Place He Cherished Most

Dixie Dean had not been in good health for a while in his final years, having had a leg removed due to an unfortunate condition and he hadn’t been to watch his team play for several years.

The Liverpool Derby was his first time being back at Goodison for a while but decided to attend to support his team against their friendly rivals.

He suffered a heart attack before the final whistle and breathed his last breath at the stadium that he loved so much and in front of the team that helped shape him into who he was.

Dixie’s daughter, Barbara, later scattered her father’s ashes on the halfway line at Goodison so he would always be with the team he loved.

His funeral was attended by all the people who loved him and respected him, the day of mourning took place at St James’ Church on Laird Street, a fitting circle as the street was the place where he was born. At his funeral, Shankly light-heartedly remarked: “I know this is a sad occasion but I think that Dixie would be amazed to know that even in death, he could draw a bigger crowd than Everton can on a Saturday afternoon.” 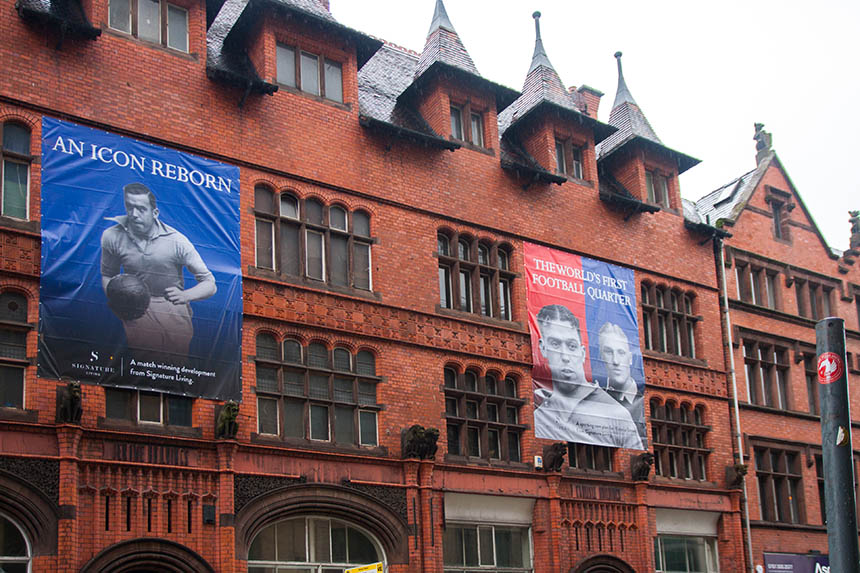 The Shankly Hotel is already the most exciting football-themed hotel in Liverpool, but, just like the mighty Reds, it’s set to get a worthy competitor in The Dixie Dean Hotel.

The success of The Shankly Hotel has paved the way for Everton to get a hotel dedicated to one of their legends too. Bill Shankly and Dixie Dean will stand side by side once more once the development has been completed in the coming months. Victoria Street will become a mecca for football fans as it creates the world’s first Football Quarter, join us as we celebrate our city’s friendly rivalry and connect over the thing that brings us together: football.