The family were given a preview of the hotel’s progress and were delighted with how much work has been made on the £20 million development. The first room that has been unveiled to the family features Christopher Carline’s story. He believes he gets his passion for Liverpool FC from his grandfather. 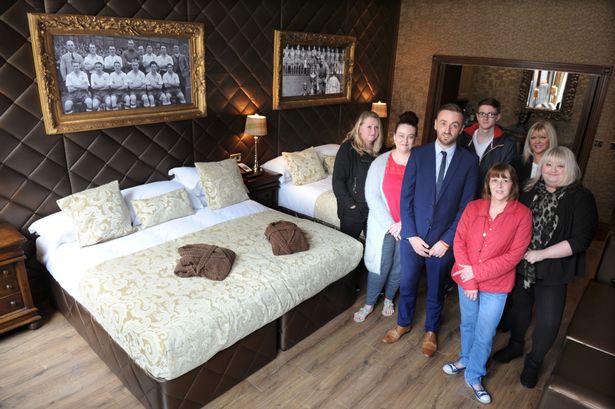 Each room throughout the Liverpool hotel will feature stories not just from the Shankly family, but from former Liverpool players and football fans. Each have a story to tell about the late, great Bill Shankly.

“I wanted to make sure these stories never die and, through the hotel, they can survive.”

What we can look forward to

The hotel will be based inside a 145,000 square foot site. This will include a Bill Shankly museum that will exhibit family memorabilia. A bar and sports-themed restaurant will also open and will pay tribute to different stages of Bill Shankly’s life.

The building, which once served as Liverpool council offices, will also feature a rooftop garden with an infinity pool, two 175-seat restaurant and a corkscrew slide, which are scheduled to open in 2016.

Do you have a Bill Shankly story to tell? Share your story with us for a chance to win a free night stay when the hotel opens, and your name will also be immortalised into the room’s design. Share your Shankly story: shanklyhotel.com/shankly-stories/