Where my Grandad won Liverpool’s first ever European trophy with the 1973 UEFA Cup, Jurgen Klopp has the chance to add to what is now an illustrious European history tonight. A mere 43 years on from that great day, the Euro 2016 final.

Why I’m not there

I’ll get it out the way now; I haven’t travelled for tonight’s game and I’ll tell you why.

Mainly because UEFA’s ridiculous decision to stage a major European Final at a stadium that holds around 35,000 people. I mean an average capacity Premier League ground, if you will, leaves a lot to be desired.

Europe’s governing body were well aware of that size of some of the sides in this year’s competition. The possibility of those that could join after the first phase of the Champions League was high.

A side like Liverpool would bring in 35,000 alone (and the rest). To a wet windy night at the furthest flung destinations of the world.

It perplexes me that a destination such as Basel’s St Jakob-Park Stadium was the final choice for such a monumental match. Add to this the fact that at least a third of the 35,000 will go to UEFA, and then a third to each club, allocation for fans would be low.

Been there got the t-shirt

I’ve been there and done it when it comes to Liverpool (and I’ll never get tired of it), but, with the ticketing situation, I just thought I’d let someone else have a go for once.

Thrown into the mix the stress levels of booking flights etc. and I made the calculated decision that I would watch it in the splendid comfort and company of The Shankly Hotel (with Messrs St John, Lawler and Callaghan).

In the immediate aftermath of the semi-final, I have to profess I was glad I made that decision. Lads I know who went ran round stressed to the max. Having to identify which whacky route across Europe would be most efficient to get to them to Basel left me satisfied that I’d stood firm on my decision.

Sadly, as Monday, Tuesday and Wednesday arrived this week, second thoughts loomed. The lads began uploading photos of their epic journeys to the Swiss City. I have to admit I cast an envious eye at their shenanigans!

Matthew, behave yourself out there, mate! Chappy, Bernie, Vinny, The Farmer, Tom, Katie, Motty and all the rest of you, have a great time!

Alas, no time to dwell. There is a major European trophy at stake here. It’s the Euro 2016 final. I’m relatively confident ahead of the game as nn paper we should win. But of course paper doesn’t win football games, we all know that.

Jurgen spun a trick against Chelsea with his starting team selection. I don’t think anyone would argue that this wasn’t Liverpool’s strongest available XI and should almost certainly be his team for the euro 2016 final barring any mishaps.

I liked what he did in respect.

West Brom was always going to be a formality in terms of team selection. Going full strength against Chelsea was the manager’s way of throwing down the gauntlet. The players to cementing their place in the starting XI for Basel.

For me, the only question mark with respect of the team selection is around Can, a controversial opinion, I’m sure, for some.

I’m not his biggest fan. I think he is limited and I don’t think he has the first touch or presence on the ball to play central midfield for a top Premier League club.

His performance against Chelsea was poor, with his passing wayward I think he almost played himself out of the team with that showing. Only time will tell and it is win-win if I am wrong, but the jury is out for me.

It means that Joe Allen comes into play, and given the lads form over the latter part of the season, who could complain? 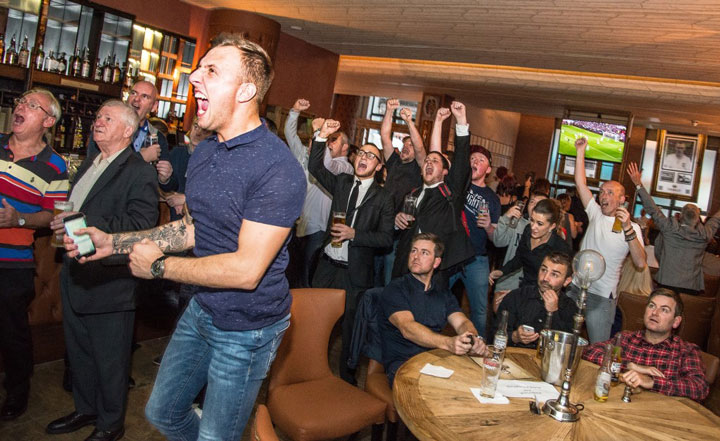 Credit where credit is due

I take my hat off to him in many, many ways. Football is a cruel game, especially at the highest level and especially at a club the size of Liverpool.

Joe wasn’t helped out by Brendan Rodgers’ comments that he was ‘Welsh Xavi’ . Given Brendan signed him from Swansea, he became viewed as something of an obsession to our former manager which led to a comedic tag being placed over his head.

In short, he became the latest in a long line of players tagged with a comedic persona who fans make a scapegoat out of. You’d have been forgiven in thinking that once Rodgers was ousted, you wouldn’t see him again.

However this was not the case. He has embarked on something of a resurgence under Jurgen Klopp; and the now ‘Welsh Piro’ has, in fact, earned the respect of fans across the board.

I use the word respect because that’s exactly what it is. When a player gets stuck in something of a rut, as he did, and is tagged with this persona, it becomes increasingly difficult to escape from it. Players are not stupid. They hear chants from the terraces, they hear ironic cheering and they read papers and social media.

When your confidence hits rock bottom, and the fans have no faith in you, usually there is only one escape route –  into another club.

Putting up a good fight

To fight out of this scenario and re-earn the trust, support and respect of the fans is something of an achievement. Not one many can claim to have successfully done. The only other I can think of is a certain Lucas Leiva.

Klopp’s decision to allow Joe to actually cross the half way line has proved an inspired one. The Welshman finds himself on the score sheet and amongst the assists all of a sudden.

Now we find ourselves on the cusp of the euro 2016 final and Joe Allen, for me, is a very real prospect for a starting berth. Does this come at the expense of Can?

Should he? Would he? Could he?

Milner’s form has been superb in the last few weeks captain for the team in the absence of Henderson, who I am almost certain will not be fit enough to start.

Lallana, Coutinho and Firmino are a given as on their day, all on form they are unplayable and will create and get amongst the goals. The only other suggestion would be Sturridge not starting. Firmino as a false 9 and an extra midfielder coming in there. I just don’t think it is something Klopp should or would do.

Dan is a proven talent on his day, and we are in a major European final, and goals win games, simple as that.

If I was a betting man, I’d hazard that wee Joe will start from the bench. Klopp seemingly having a soft spot for his German counterpart Can, and the team being will be that which started the Chelsea game.

So there it is, all set for tonight. Usually round about now I’d be lapping up the atmosphere with the travelling Kop on the Swiss border. Instead I’ve got a more than able deputy lined up for tonight.

Sat in the splendour of The Shankly Hotel with three absolute legends: Ian St John, Ian Callaghan and Chris Lawler, cheering the reds on in a sold-out restaurant. Sitting back and enjoying fine food and the company of the rest of the Shankly family.

Fingers crossed we will be watching Jurgen add another chapter to the story my Grandad started all those years ago!