Every household has their own special Christmas traditions and the Shankly family are no different. From special family rituals, to Bill’s favourite festive tipple and the ever-present beautiful game, discover what the festive period was like in the Shankly household.

We spoke to Jeanette Shankly, Bill’s second daughter, about what Christmas was like in the Shankly household with Bill, Nessie and her sister Barbara.

Despite his unwavering commitment to football; Bill Shankly was a big family man and loved to spend Christmas with his loved ones. One of 10 children born to John and Barbara Shankly, his nine siblings were named Alec, James, John Jnr, Bob, Netta, Elizabeth, Isobel, Barbara and Jean. Coming from a large, loving family, Shankly placed a lot of worth and tribute to the family unit and carried these values into his own family.

Bill met his wife ‘Nessie’, or Agnes Wren Fisher, whilst he was stationed as an RAF Corporal outside Glasgow at Bishopbriggs, she was serving in the WRAF. They were married in Glasgow in 1944 and had their first child, Barbara, in April 1945. It was another 6 years until Nessie gave birth to Jeanette in Carlisle, on 20 February 1951.

In these early years, the Shankly family did a lot of moving around due to Bill’s managerial career. However, a Shankly family Christmas was always a very traditional affair.

Every year, the Shankly’s would spend Christmas at their home and Nessie would cook their traditional Christmas dinner.

It wasn’t until 1959, when Bill became the manager of Liverpool F.C, that they eventually put down permanent roots. They moved to a house in the West Derby area of the City, an area the family have never left to this day.

When she was young, Jeanette remembers their very traditional, happy family Christmases. However, on occasion, Bill would have to work.

“When we were younger, sometimes we were lucky if he was at home to spend Christmas with us. This was because, depending on fixtures, he was usually playing or managing a team on Boxing Day. As a result, sometimes he would have to go away Christmas Eve or failing that, Christmas night.”

If by luck he wasn’t involved in football one way or another, he would spend the festive period with his family. To celebrate this, he would even stretch to having a bit of whiskey in his tea. Shankly wasn’t a big drinker, but on the rare occasion he did, it would always be a small whiskey. 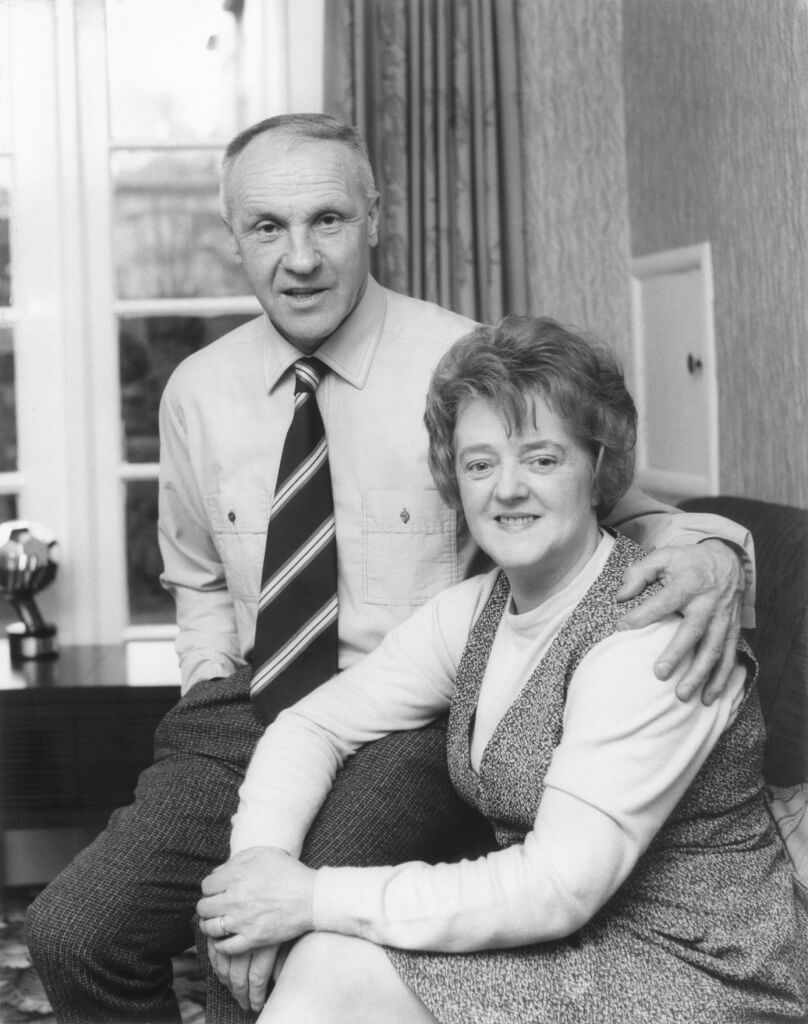 Jeanette also remembers when Bill was managing Liverpool, every Christmas the Shankly family would receive a huge hamper full of festive food for the family to enjoy. It was always a treat that Jeannette remembered.

The Shankly family grew in size when both Barbara and Jean grew up and married. Barbara would go on to have three children, Karen, Pauline and Emma. Jeanette soon followed suit with Jenny and Claire.

Even then the whole family would usually go around to Bill and Nessie’s on Christmas Day or Boxing Day to celebrate the festive season together. However, it was still always touch and go whether he would be able to stay, as of course, football dominated his life!

Jeannette remembers many happy years spent in the Shankly household at Christmas, filled with presents, a beautiful tree and homecooked food. She would go on to have a third child, Bill’s sixth grandchild and his one and only grandson, Chris. Sadly however, Bill would pass away before he was born.

Right up until the end, Bill’s family was the most important thing to him. Before his death he said: “There’s nobody closer to you than your own kith and kin; your own blood. I’ve got my wife, my daughters, grandchildren, and my sons in law. They’re the closest to me and I would die for them.”

The History of Football at Christmas

Of course, The Shankly Family weren’t the only ones who knew that Christmas Day and football went hand in hand. Today, Christmas Day is football free, however up until the 1950s it was once as much of a Christmas Day staple as the Queen’s Speech and pigs in blankets. 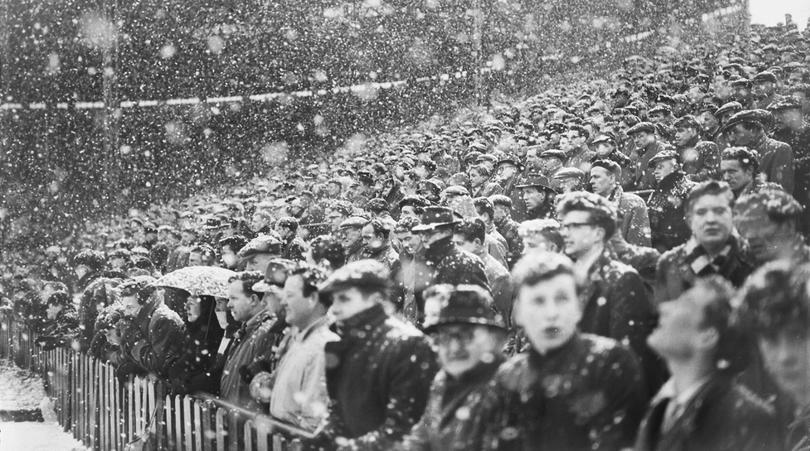 One of the great festive traditions that began in 1889 and remained very popular until the end of the 1950s, the Christmas Day home fixture was often the occasion when clubs attracted one of their highest home gates of the season.

But throughout the 1950s, attitudes changed towards playing sport on the 25th December. Christmas Day 1957 saw a near full round of fixtures: 37 out of a maximum 46 games took place; in 1959 there were just two games.

Understandably, Christmas Day football was very unpopular with the players, who felt it meant they could not enjoy the festivities and see their families. As transport systems declined and crowds began to dwindle, the fixture eventually disappeared from the football calendar.

The final December 25th programme of games in England was in the 1957/58 season. Today, games are still played on Boxing Day but Christmas Day football is a thing of the past.

We’ve hope you’ve enjoyed our look inside the Shankly family Christmas. If you and the family are looking for the perfect place to enjoy a festive meal or a Christmas retreat together, look no further than The Shankly Hotel in Liverpool.

Offering a delicious home cooked menu, a relaxing and luxurious atmosphere and a range of festive entertainment, our hotel is the perfect place to celebrate Christmas as a family. Why not book a stay in one of our beautiful and unique rooms, or take in the fascinating memorabilia that is displayed around the hotel?

From festive afternoon tea experiences, to amazing football tours and wonderful festive events, a family Christmas at The Shankly is always memorable.

If you’d like to book a stay or a table, get in touch with our friendly team today by calling us on 0151 236 0166 or email reservations@shanklyhotel.com

Keep up to date with everything happening at the hotel by following The Shankly Hotel Facebook.