Live Sessions returns for yet another live music event, hosted on the rooftop of The Shankly Hotel in Liverpool. On 24th October we will be welcoming Kirby’s finest exports China Crisis, alongside British punk-rock band, The Vile Assembly.

The most unique musical showcase in the city, we are proud to announce that as well as playing host to some amazing artists, our next concert will also be a homeless fundraiser. In recent years, homelessness has become an epidemic in Liverpool and across the UK. According to statistics released by Shelter homeless charity, more than 300,000 people in Britain are officially recorded as homeless. 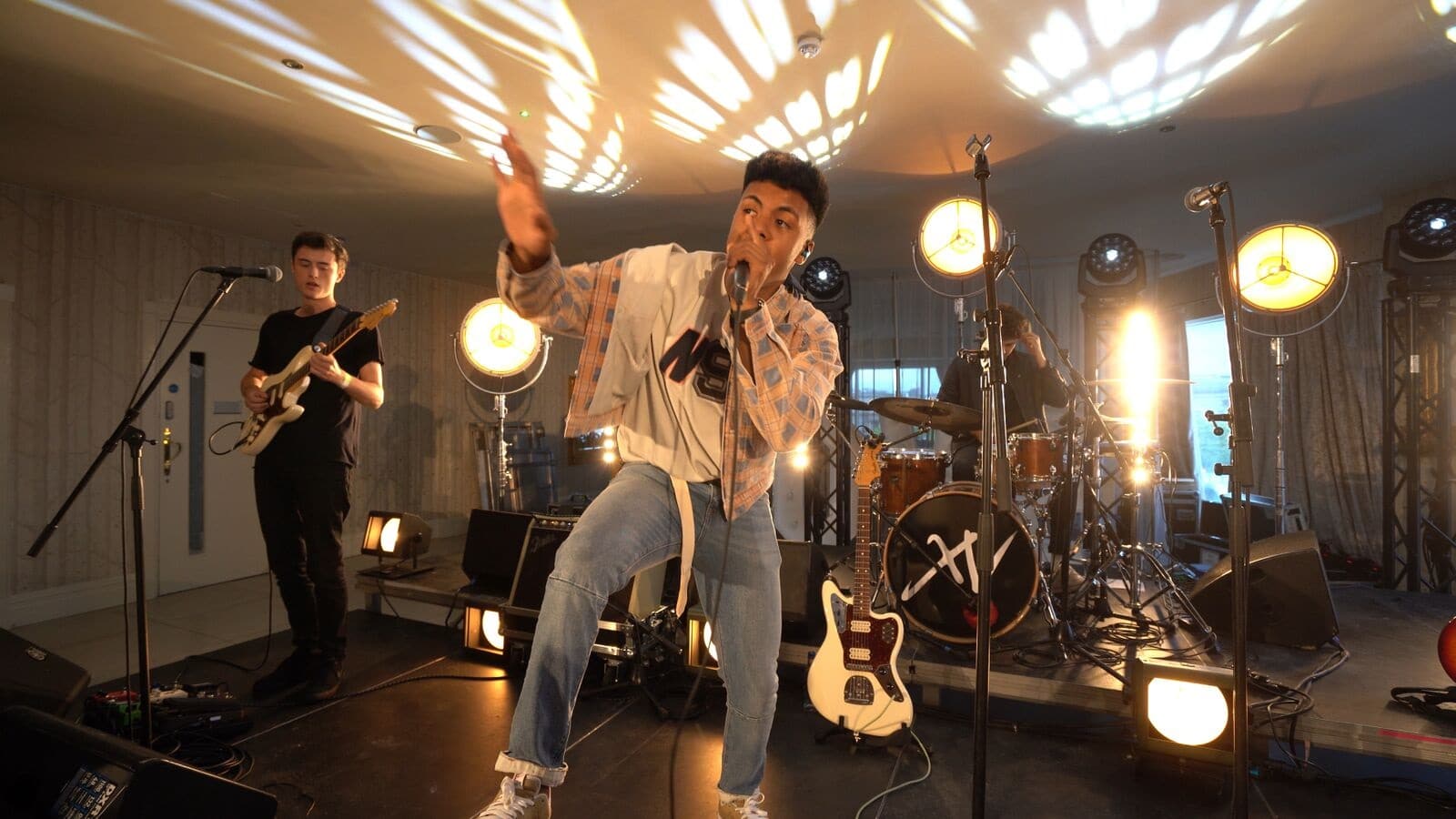 At The Shankly we are extremely passionate about helping vulnerable people that find themselves without a home. The Cotton Street Project will welcome Liverpool’s helpless members of society to enjoy a unique and inclusive shelter. This is a completely new initiative in Liverpool and will bring the city an alternative approach to our homeless epidemic.

This shelter will serve as a long-term solution and will aim to address the complex issues that face these people every day, from mental health and addiction, to the personal struggles. These people will have access to accommodation, a café, skilled workshops, social activities and professional support. 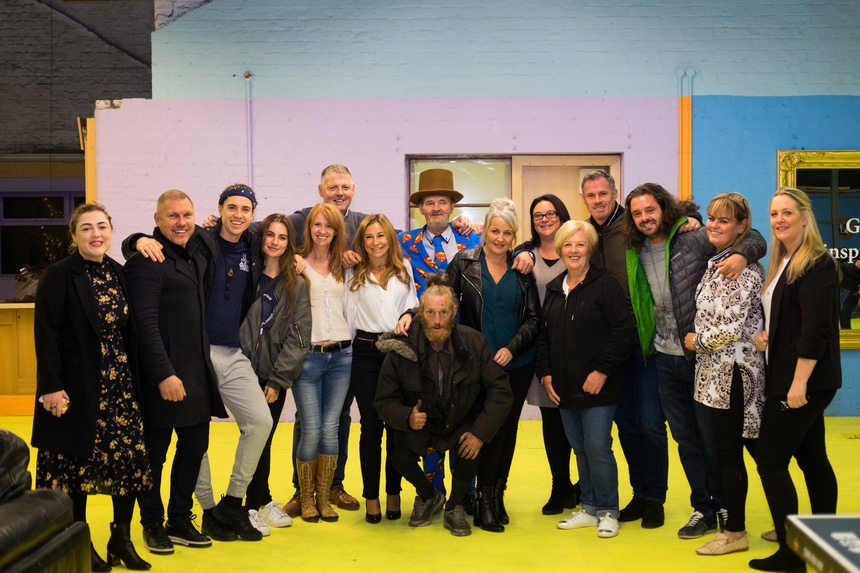 Pictured: Sahnkly staff, volunteers and those involved with the new homeless shelter at Cotton Street

Help us bring people together in Liverpool and really make a difference. Come along and show your support at our homeless fundraiser concert with Live Sessions. If you’d like to know more about the Cotton Street initiative and how you can do more to help, visit our donation page.

Curated and presented by The Farm’s Keith Mullin, we bring together the city’s most influential musicians alongside our brightest new stars, for an unforgettable evening of cinematic music.

After the huge success of Red Rum Club and The Sums in July, followed by Sub Blue and The Farm in August, and finally Natalie McCool and The Christians in September, this month we are bringing you two more fabulous artists.

Formed in 1979, China Crisis are a rock band from Kirby, near Liverpool. They were part of a new wave of Liverpool acts in the late 1970s and early 1980s, led by OMD, Echo and Bunneymen, The Teardrop Explodes and Frankie Goes to Hollywood. Inspired by the new romantic camp, the band gave their pop songs more edge by injecting political commentary and bluesy reggae rhythms.

In the beginning the band was made up of vocalist and keyboardist Gary Daly and guitarist Eddie Lundon, who shared an affection for the likes of Stevie Wonder, Steely Dan, David Bowie and Brian Eno.  The pair eventually asked drummer and percussionist Dave Reilly to join them in 1981, and in 1982 they released their debut single “African and White” as China Crisis. 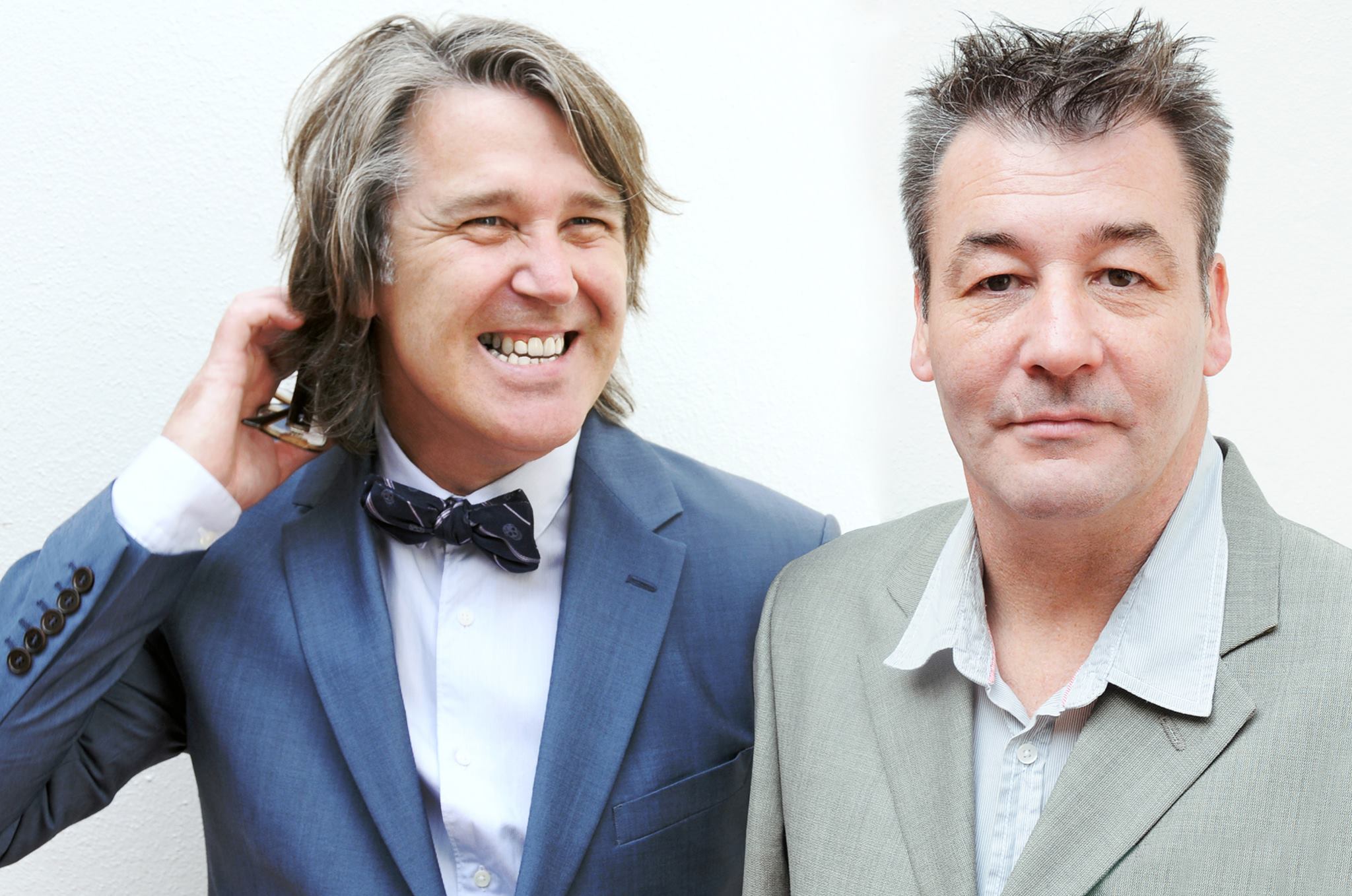 The band were signed to Virgin Records and recorded their debut album, Difficult Shapes & Passive Rhythms: Some People Think It’s Fun To Entertain, which was released in December 1982. They re-released “African and White” shortly after which reached number 45 in the UK singles charts. The follow up single, “Christian” made it to number 12 in the early 1983 and brought them to national prominence.

Over the years, a number of members left and joined the group, however Daly and Lundon remained constant. Their third album, Flaunt the Imperfection, was produced by Walter Becker of Steely Dan fame and reached No. 9 in the UK Albums Chart in May 1985. The band’s last studio album, Warped by Success, was released in 1994, following their parting of ways with the Virgin label. The album produced their final studio chart single, “Everyday the Same”.

China Crisis toured Europe and USA during the late eighties and performed in front of crowds as large as 87,00 in Germany. Since then, they have played a number of live performances and fundraisers events across the world.

The Vile Assembly are a British punk-rock band famous for being whistle blowers on our unjust society. They say what needs to be said through the universally understood medium of music.

Made up of Mark Wainwright, Mark Webb and Paul Mason, Vile Assembly are a tight knit trio of songwriters, musician and producers. The band was formed following a fortuitous meeting between these three life-long friends in a New York café, where they decided enough was enough and the troubles of the world needed to be voiced.

Vile Assembly’s lyricist and vocalist Paul Mason spent a month living on the streets of Liverpool to experience destitution and our ‘vile’ society first hand.  This horrendous experience inspired the band to create the music we all know and love. We can’t wait to see them take to the stage at this very fitting event for the homeless people of Liverpool.

Every month, Live Sessions takes over the spectacular rooftop venue in The Shankly Hotel to host an unforgettable FREE live music event. Each show invites different and exciting new acts to take to the stage and perform their hits for an eager, music loving audience.

Boasting magnificent views over the famous Liverpool city skyline, this amazing venue provides one of the most unique and cinematic backdrops to enjoy some of the very best live artists Merseyside has to offer.

Explore the spacious rooftop and see Liverpool from all angles as you enjoy a live music event that you’re sure to remember for a long time to come. With the option to set up our stage both outdoors and indoors, our sessions will be rocking rain or shine. What’s better than watching some of your favourite bands take to the stage in front of the stunning backdrop of the Liverpool sunset?

As always, doors open at 7:00pm with our first act taking to the stage at 8:00pm. Why not get down early and enjoy a cocktail or a cold pint in this unrivalled venue? There will be delicious food available and the chance to meet and chat with the bands. 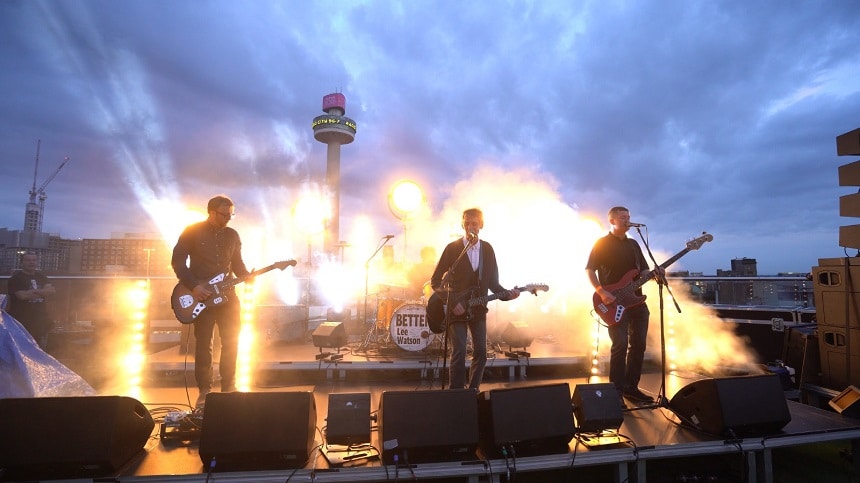 The Sums performing at Live Sessions in July

Make sure you don’t miss out on the action by securing your FREE ticket via Eventbrite today.

With so much live music to look forward to, as well as in depth artist interviews in lavish hotel suites, extravagant rock star behaviour and all kinds of hot tub shenanigans, stay tuned for all things Live Sessions.