After the excitement and heartbreak of last season’s Champion’s League Final, Liverpool is buzzing with anticipation for a fresh chance to shake things up in the beautiful game. Here at The Shankly, we’re excited to see what the new season brings for the Reds.

Liverpool’s Premier League journey kick-offs on Sunday 12th August with a match against West Ham and there’s no where better to catch all the action than at The Shankly Hotel, the premier destination for a first-class football viewing experience.

And this season, we’re bringing back our Match Day package, ensuring a game day like no-other for every domestic Liverpool match!

What to Expect from the Premier League

The fixtures for all 92 clubs in the Premier League were were released right back in June, and Reds fans were pleased to see that the first match of the season for Klopp’s team is being played at Anfield on Sunday 12th August – something that’s not happened since 2014.

And although dates might change to fit with TV scheduling, we know the rough dates that Liverpool will be facing off their biggest rivals. 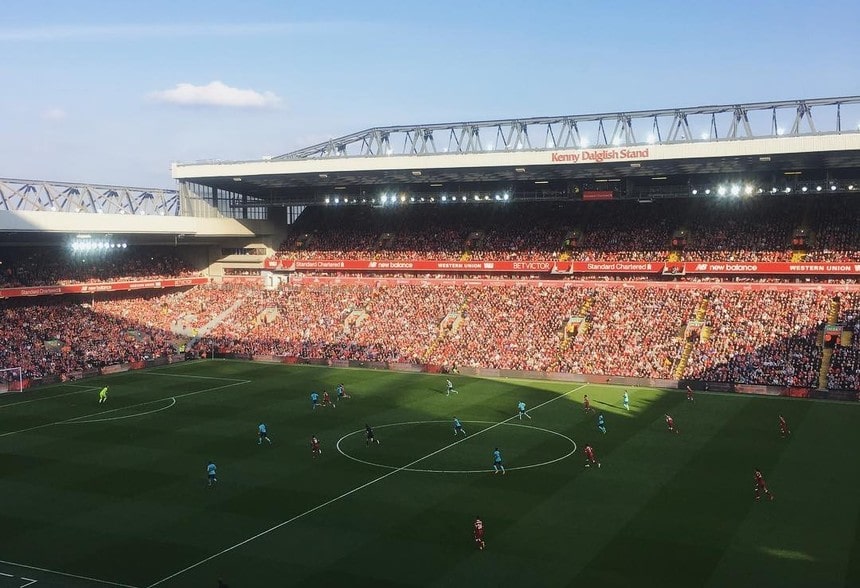 The Reds will be playing their first Premier League match at Anfield on Sunday. Source: Instagram | @lucykehoe

Jurgen’s boys will be battling it out at Anfield on Saturday 6 October against last season’s League toppers, Man City, while neighbourhood rivals Man United will be heading to Liverpool on Saturday 15 December.

The  excruciatingly exciting Merseyside-derby is starting at Anfield, with the Reds taking on the Blues on Saturday 1 December, and Liverpool won’t be returning the visit to Goodison Park until Saturday 2 March next year.

Meanwhile Everton, who finished 8th in the Premier League last season, are set to play Wolves away this Saturday (11 August) in their first match, before welcoming Southampton to Goodison Park for the first home game on Saturday 18 August.

Eyes on the Transfers

All eyes are on Liverpool’s latest transfers, after Alisson Becker became the most expensive goalkeeper ever bought. Following his move to the Reds for a cool £65 million, the Brazilian goalie is set to start against Torino in the final friendly before the season tonight.

Klopp has also brought in Naby Keita, Fabinho and Xherdan Shaqiri to Anfield, creating a strong spine for the team.

And it looks set that the Blues will be signing Brazilian international Bernard today, after new manager Marco Silva played a key role in persuading the attacker to join him at Everton.

The Toffees have also signed Lucas Digne from Barcelona.

Is it the Year of the Reds?

Numerous pundits have suggested that this season might be the moment that Liverpool tops the Premier League.

Former Arsenal defender Martin Keown, writing for The Daily Mail, said: “I’m going to put my neck on the line and say Liverpool to win it”, while the Mirror’s Mike Walters has said that the Reds are the only team equipped to stop Manchester City and take the title.

Manager Jurgen Klopp has been more hesitant in predictions of the future, however, telling the media that he thinks the team still has room to improve after their 5-0 thumping of Napoli last week.

Football at The Shankly Hotel – The Match Day Package

Dedicated to celebrating and preserving the legacy of the Liverpool legend, The Shankly Hotel is a living, breathing museum to Liverpool Football Club and the beautiful game.

At the Bastion Bar & Restaurant, we’ll be showing all the Premier League matches on our large screen TVs, with a fully stocked bar and a delicious menu to indulge in while you watch. 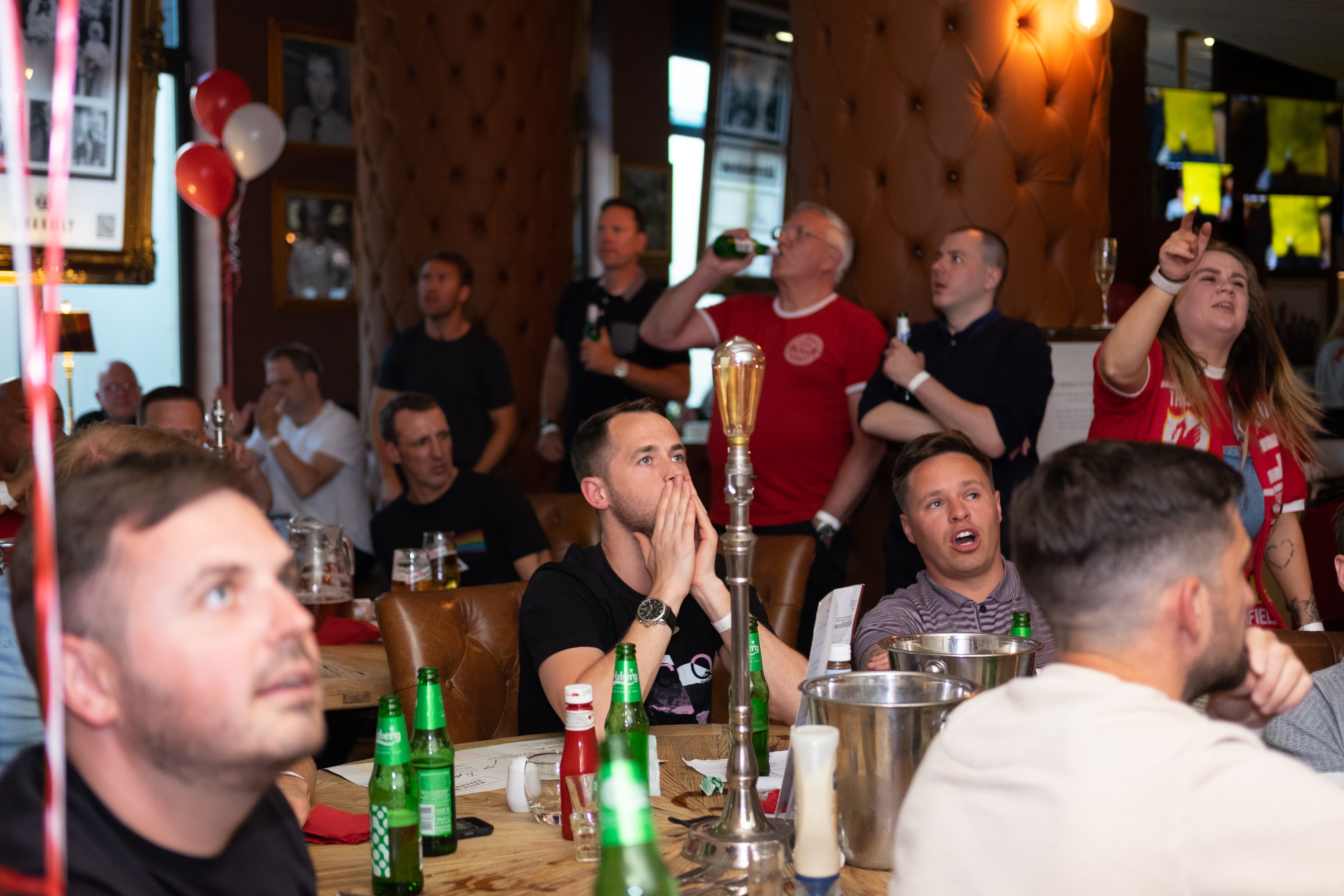 And this year, we’re bringing back our incredible Match Day Package!  For just £12.95 per match, you’ll get a match day experience like no other.

Get stuck into a feast of food and drink from The Bastion Restaurant before the game and enjoy our live entertainment and prize giveaways. 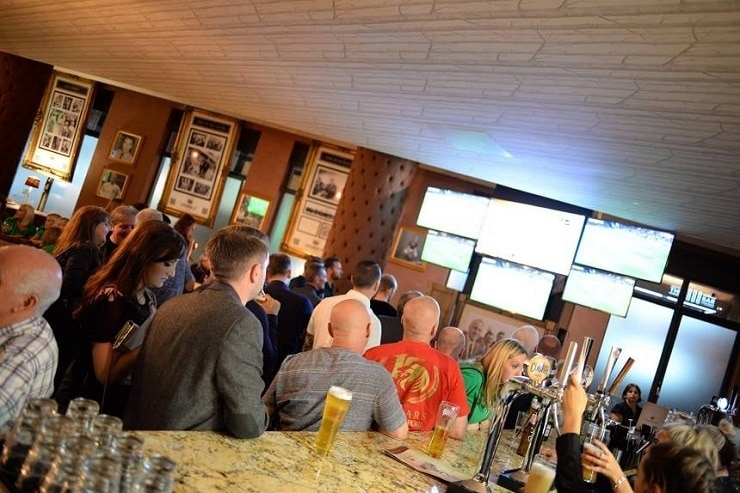 Then, watch the Reds play their rivals on our large TV screens and enjoy exclusive drinks offers only available on match days.

Plus, we’re bringing back In Play Drinks Deals, where events on the pitch create crazy drinks offers at the bar! These incredible offers include:

Stay at The Shankly 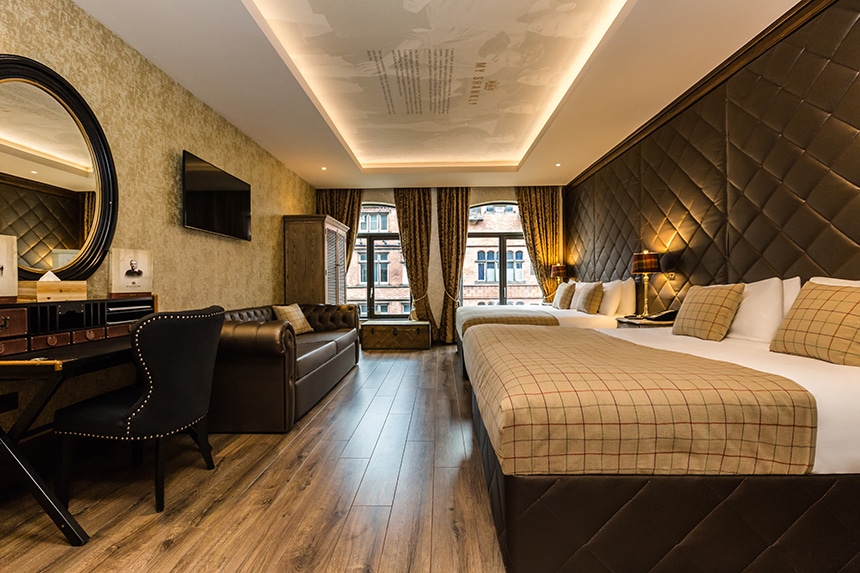 As the only football-themed hotel in Liverpool, The Shankly is the best place in the city to catch all the season’s games.  Whether you’re watching the match here, or heading off to Anfield, make sure you book one of our luxury suites and have the ultimate football weekend.

Each of our suites is inspired by Bill Shankly’s illustrious football career and we like to say that a night at The Shankly isn’t a stay – it’s an experience. 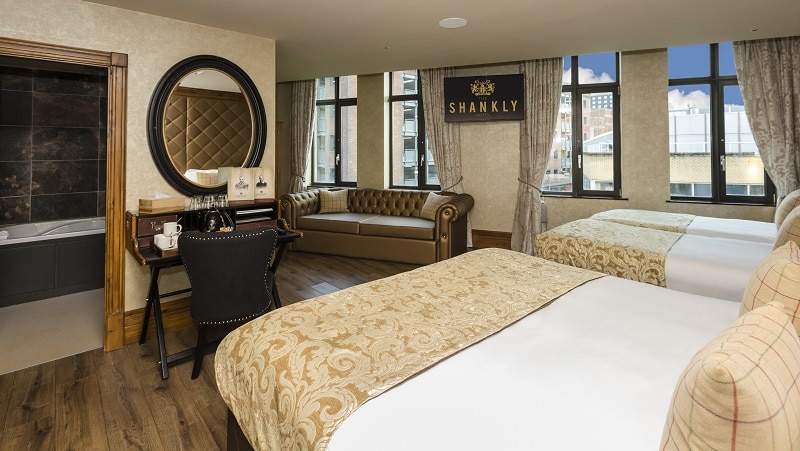