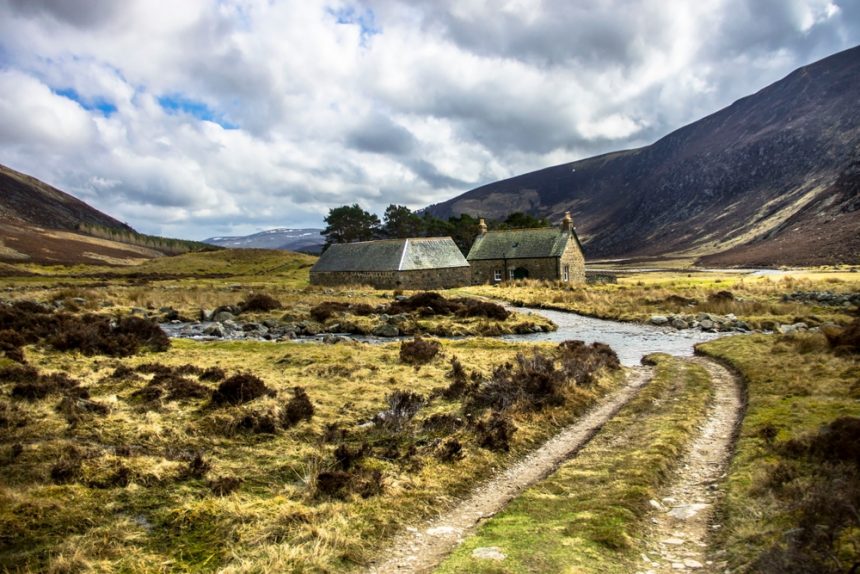 In Liverpool, Bill Shankly’s name brings to mind the glory and success of his managerial years at Liverpool FC so you might be surprised to discover that the Liverpool Legend grew up in a remote and poverty-stricken village in Scotland called Glenbuck.

Known amongst fans as Shankly’s lost village, Glenbuck is the birthplace and childhood home of the world-class manager who steered Liverpool FC to three English league wins, two FA Cups and a UEFA victory.

The former football legend was born in the remote East Ayrshire village on September 2nd 1913. One of 10 children, Bill Shankly was the second youngest child.

The iconic football manager had a modest upbringing, claiming that he didn’t have a proper bath until he was 15 and that he would regularly steal turnips for boiling and eating.

But it was this tough upbringing that shaped Shankly’s humble attitude to the beautiful game and grounded his ethos and values in equality and fair-play.

The Village of Glenbuck: Home of Footballers

For most of Glenbuck’s history, it had only two exports: coal and footballers.

Glenbuck was a struggling coal mine village in the 19th and 20th centuries. Residents lived under constant threat of mine closure as the coal steam began to run out.

By the end of the 1930s, the pit mines had closed. In the late 1990s, the old mine was converted into a open-cast mine, which saw the destruction of many of the homes in the village.

But this tiny village in the Scottish hills also produced 50 footballers who went on to play professionally – an impressive figure for a village whose population never exceeded 1,700.

Bill’s uncle Bob Blyth who played for Rangers, Preston North, and Portsmouth respectively also heralded from the village. Alex Tait, a Tottenham Hotspur player when the club won the FA cup in 1901, was also Glenbuck born and bred.

According to former inhabitants of the tiny village, football and mining went hand-in-hand in Glenbuck. When the mine was open, it was normal for the workers to have a game every night after finishing in the pits. The football pitch, Burnside Park, was only a short walk away from the mines.

When Bill Shankly left school he worked in the mine with his brother Robert for 2 years before it closed.

Appearing on the TV Show ‘This is Your Life’ in 1973 with her brother, Bill Shankly’s sister Netta reminisced about the antics the Shankly brothers used to get up. The five brothers would blow up balloons and kick them around the cramped quarters of their childhood home, often breaking vases and sideboards as they went.

Glenbuck’s local team was called the Glenbuck Cherrypickers, but the team folded before Shankly was old enough to play for them.

Instead he played for Cronberry, a semi-professional junior team located 12 miles away from the village. It was here that Shankly was scouted for Carlisle United, kick-starting his footballing career.

Professional footballers like Shankly were part of the fabric of the village, and this might be why so many successful players were raised in the village. Many of the footballers continued to socialise with younger players, encouraging their sporting efforts.

The Community of Glenbuck 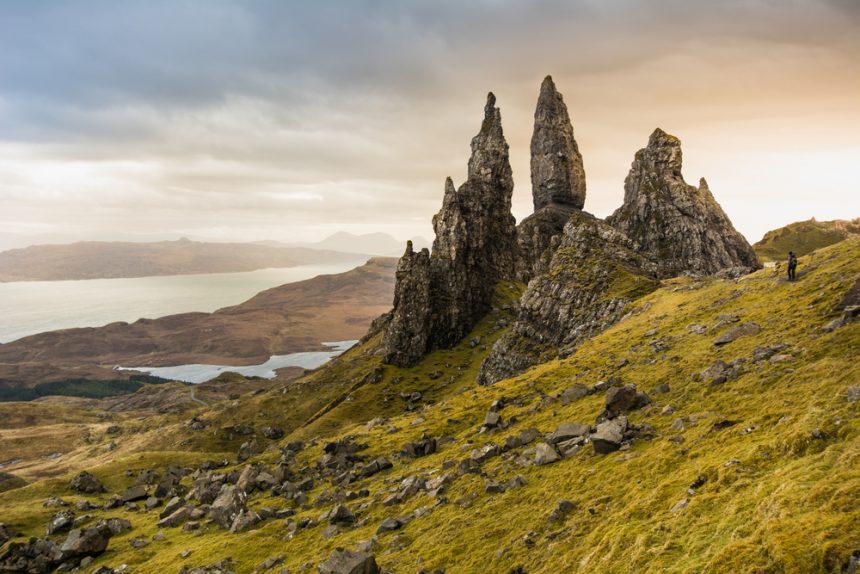 According to former residents of the Scottish village, the mining settlement had a collective attitude to life and were happy to help any family in need. This was later reflected in Shankly’s humble attitude on the pitch, and his belief in playing as a team and not as a group of individuals.

After his pitch-side success, Bill Shankly used return to Glenbuck and often joined in games with local youngsters. According to former residents, he often asked how families were getting on, before kindly gifting them financial support.

The family atmosphere of the village must have rubbed off on the LFC legend as Bill Shankly’s family was always important to him. Just before his death he said: “There’s nobody closer to you than your own kith and kin; your own blood. I’ve got my wife, my daughters, grandchildren, and my sons in law. They’re the closest to me and I would die for them”.

Today, an LFC supporter’s group called the Spirit of Shankly are dedicated to keeping the legacy and values of their hero relevant to the club. Their grassroots activism aims to represent the best interests of Liverpool fans on a local and international level, in keeping with Bill Shankly’s values on community and support. In 2015 they made a trip up to Glenbuck to commemorate the 50th anniversary of Liverpool’s first historic FA Cup win.

The Future of Glenbuck

The village of Glenbuck is currently uninhabited, but there are plans to revive the birthplace of the renowned Liverpool Legend.

Schemes are in discussion to restore the historic football field, establish a museum in the area and even reinstate the once mighty local team, the Glenbuck Cherrypickers.

A charitable football academy has been set up in the village’s name which trains young players in Douglas, South Lanarkshire (one of Scotland’s most deprived areas).

The mine is likely to become a centre for research and education due to its unique geological exposure according to the Scottish Mines Restoration Trust.

Unsurprisingly, the largest number of visitors to Glenbuck are Liverpool supporters visiting the ‘lost village’ of their club legend. Nestled on the roadside in the village is a simple memorial to Bill Shankly, ‘The Legend, The Genius, The Man’.

Dedicated fans can also travel to Muirkirk Heritage Park a short distance away to see the larger memorial unveiled by LFC legends, Alan Kennedy and Roy Evans, in 2014. 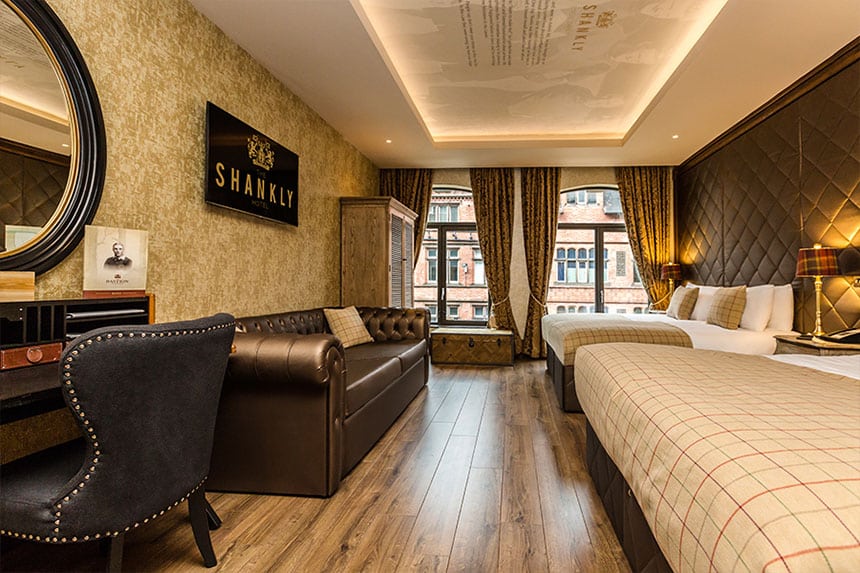 The Shankly Hotel is a fitting tribute to one of football’s greatest managers. Offering spacious luxury rooms, a lively bar and restaurant and unseen memorabilia, The Shankly will bring the story of Bill Shankly to life during your stay.

To book your stay at The Shankly Hotel, give our team a call on 0151 601 8801 or email reservations@shanklyhotel.com today and head over to our Facebook for more details.