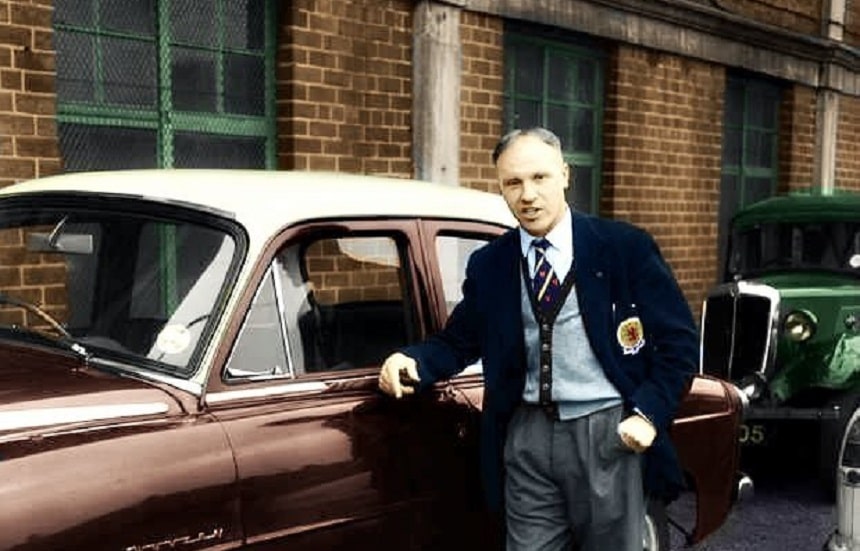 So as promised, here is the first in a series of interviews I will be doing with my mum, Jeanette Shankly, on what it was like having Shanks as your ‘arl man!

It’s a fascinating insight into the man himself from the one person who is more qualified than anyone to talk about Bill Shankly. The public side of Grandy has been ‘done to death’ with countless books written. Here, you will get to see the personal and family side of him with some fantastic anecdotes and facts that fans would never have known.

The first focuses on Shankly the driver. I start with this as in many conversations with Mum and Nan over the years; they would crack up with the mere mention of him and a car.

It seems that whilst Grandy was a genius on and off the football field, he was the exact opposite in an automobile. He had a number of vehicles supplied to him by the club; mum notes; a Capri, Nissan’s and a Ford Zepher amongst them, but it seems whatever he was at the wheel of, the experience for passengers wasn’t a pleasurable one, despite his alluring company. 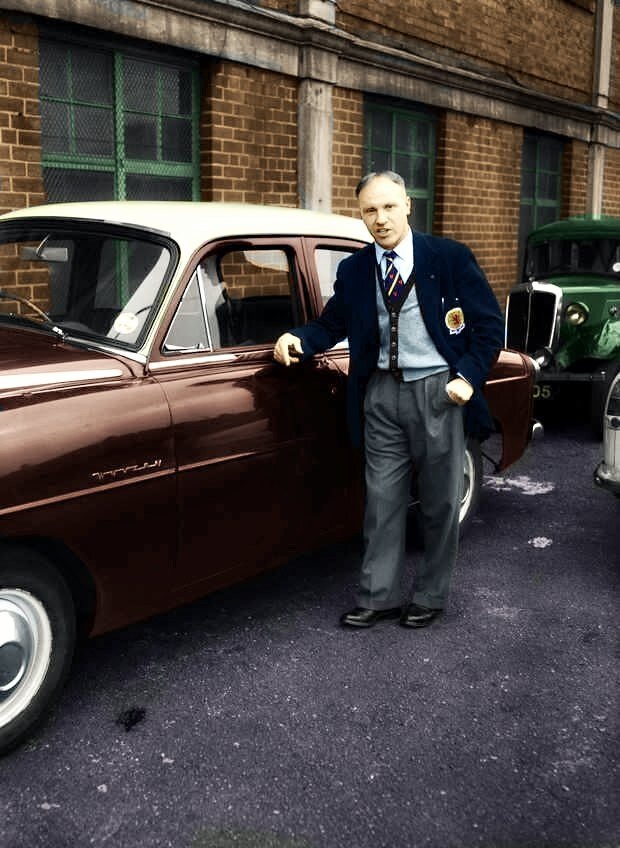 For a start, his notion of car care was a little overly dramatic. Mum conveys to me that he constantly kept it in the garage as he was convinced cars weren’t exactly weatherproof, and on occasion when he wasn’t at home, if it rained, he would actually dry the car off with a cloth! It was this pre-occupation with keeping cars dry and in the garage that lead to one of the most amusing anecdotes I’ve ever heard. Mum  goes on to explain;

“Mum (Nessie) would often hang her wet washing on the clothes line that had been set up in the garage, especially if she couldn’t put it on the line in the garden due to poor weather. Dad obviously would have the car in there. As he set off out to work one morning at Melwood; he aggressively flew out the garage as he did, wherby as I waved him off, it came to my attention that he had taken a pair of my knickers with him on the aerial! He was gone in a flash before I could alert him so turned up with a pair of my knickers on his aerial from the washing line in the garage!”

Indeed it quickly became apparent that what he had in abundance in terms of skill with a ball, he equally lacked in skill behind a wheel. Mum went on to qualify these comments;

“He was simply a poor driver, always in the wrong gear and way to fast. Of course it didn’t help that on the Capri, the gear lever was on the wrong way round, forward was actually reverse. He took me out for my first ever lesson. I never went again. When I went to work of a morning, he would always offer to drop me off. On the rare occasion I said yes, I made it as far as the bus stop in Tuebrook and asked him to let me out to take the bus! I remember one time his exhaust came off on Queens Drive. He had to go back and get it.”

It seemed that mum wasn’t the only person to take evasive action when Grandy made the offer of a lift. Nanny Ness and others would frequently dodge the area when his car approached.

“Mum would simply take the bus everywhere. She never got in the car with him. We had friends who lived on Sandforth Road, Beech Park. They would often be taking their young children to school of a morning when he passed by. He would always offer a lift. Having experienced it once, they took to the extreme measure of leaving 20 minutes early from then on so as to avoid him and the situation of having to decline his offer of a lift!”

Whilst most avoided him, mum does have recollections of others who were happy to brave the journey.

“Reuben Bennet used to live on Blackmoor Drive. He would walk to ours of a morning to get a lift to Anfield. He used to smoke about 60 cigarettes through the journey; probably I imagine to get him through the experience!”

When talking about Grandy’s driving I try to ask mum to put her finger on just why he was so bad. She reflects;

“I think it was because he just couldn’t stop talking to people. If you were in the car with him, he wouldn’t shut up and would often not concentrate on the road. It was made worse because he of course what you would call a celebrity. If he stopped at a red light; fans would see him in traffic and want to talk to him. Being the way he was; he would want to chat back. Many a time he would simply be stopped at lights talking to people in cars next to him holding up traffic!”

Despite the tales of peril; mum does reflect on some nice experiences with Grandy in cars.

“We used to go up to Glenbuck every Summer, to see the family. He would stop at Carlisle every time to take us to Corierri’s an Ice Cream shop we used to love. He was also so generous. He bought me my first car, a Mini, when I passed my test, brand new; and he bought every other car I had.”

So there you have it. Part 1 of what it was like to have Shanks as an ‘arl man. You might say at times, it drove you crazy!