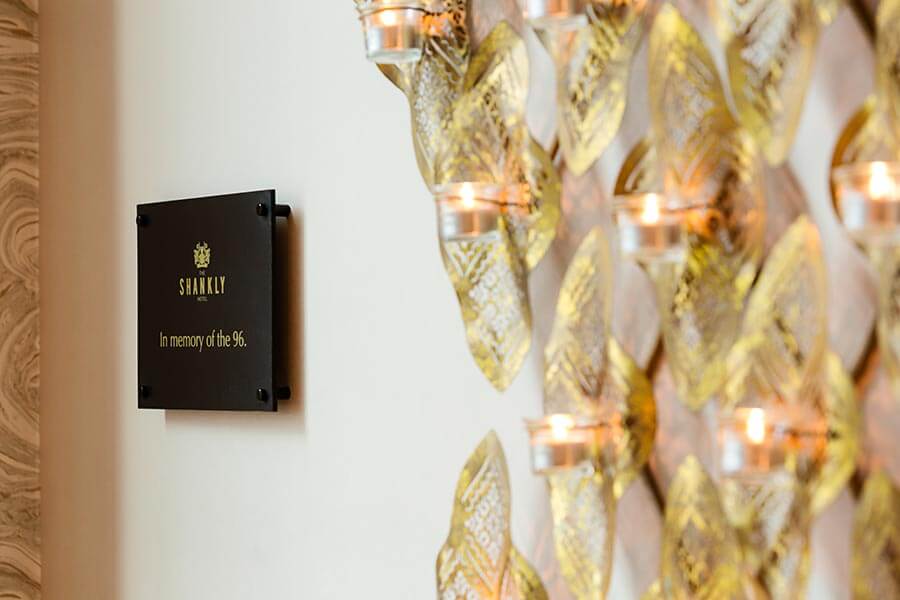 Justice at last, but ignorant comments will always be something we have to contend with in respect of Hillsborough.

I haven’t blogged for a while, so today I took it upon myself to make a resolution to take the written word much more often than I am presently.

My focus today turns to the events of the last few weeks that saw 27 years of injustice, cover-ups and lies finally exposed and set to right. Hillsborough is such an emotive topic and opinions around it stir so many reactions.

I was seven years old at the time and hadn’t quite started to make the transition to the match-going-regular I am today. I’d gone to a few games at Anfield on the family’s season tickets but nothing more, and my love affair with ‘that bird’ was only in its flirtatious period. My Dad, however, made the journey to Sheffield for the game; courtesy of obtaining a ticket for the seated section through my grandmother, Nessie Shankly. 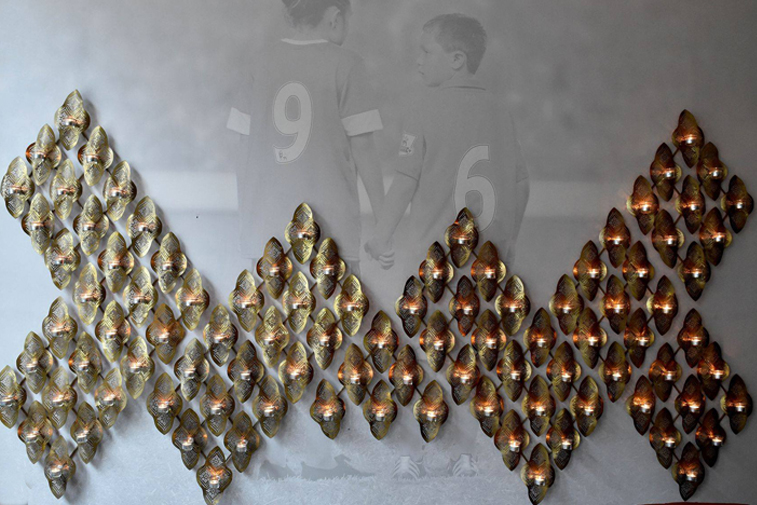 I remember on the day I was at a school friend’s birthday party (Tony Lamb, if I remember correctly). I recall my Mum picking me up after the party – after those tragic events had unfolded – and telling me there had been a crush at the ground but my Dad was okay. He returned home that night and vomited in the toilet, scarred by what he had witnessed that day.

My immediate memory is as a seven-year-old, trying to get my head around how people had been crushed at a football game. I remember asking my Mum if the roof had collapsed, because that was how I understood ‘crushing’. She explained no, and from that moment I always struggled to comprehend how people can be crushed by other people. Even as a 34-year-old, who has travelled everywhere with Liverpool FC in his life, I struggled to get my head around it – until I watched the BBC2 documentary a couple of evenings ago.

Massive respect to Phil Scraton for what he has done for the campaign and his fight for justice. The documentary was brilliant in showing the world the extent of the lies and cover-up by the establishment, and what the families had to go through on the day, in the immediate aftermath and the following 27 years.

The documentary also served to show the harrowing images of what the Liverpool fans and the victims went through on the day, as a result of the incompetence and failures of the authorities to safely look after them. In many ways, it finally showed me how something like that could happen, but, more importantly, it firmly shown who was responsible and who WASN’T.

Over the course of the 27 years, the brave, dignified families fought against the odds for justice for their loved ones and our survivors, for this city, in fact. As a Liverpool fan, I, as well as many others, have had to put up with vile chants and comments aimed at us in respect of the disaster. As a much younger lad, I would often get drawn and end up arguing or reacting, giving these ignorant people just what they wanted. Yet as time went on and I matured, I was able to express my opinion in a measured way; one that stated the facts and, crucially, an opinion that I knew to be true and would one day be proven to be so.

You see, I always knew the truth would out. An easy thing to say many might state now that it has happened, but I was always confident we would get justice. In the days before the verdicts, speaking with many of the families, they would tell you I stated how confident I was. The reason being: you don’t pick on this city and its people and expect to get away with it. We will not be supressed and never will be. The families who so bravely led the fight could not be more of a shining example that embodies that sentiment. When one of us is hurting or falls, another will pick that person up, dust them off and pull them back into the fight. We are unique and there is nobody like us. 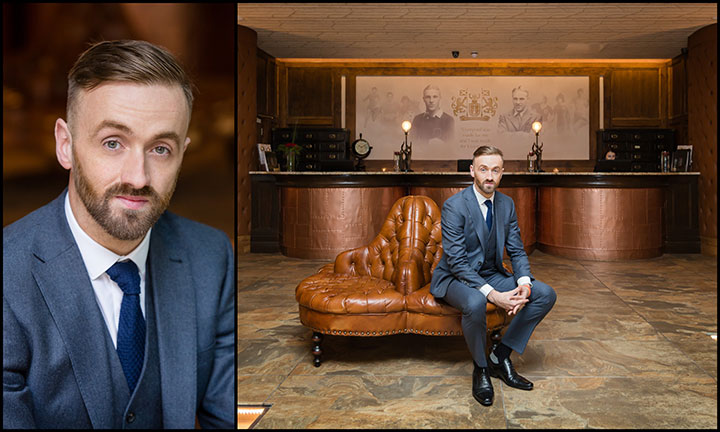 In recent years, we have held a number of tributes and memorials at The Shankly Hotel, and I have been absolutely privileged to get to know and become friends with many of the families and friends of the victims. Seeing them up close, hearing what they have been through, learning of their fight and how they have fought, it has been nothing less than inspiring to me. I count them as friends for life and they should all, every single of them, be given the highest of honours.

I am just so proud to have been able to do something for them here at the hotel that does their loved ones proud, and I am even more honoured that many of them see this place as somewhere they can come and call ‘home’. There can be no greater honour for us than that.

Now the truth is out and justice is served, I just hope that those responsible for the deaths of our 96, and those who lied and colluded to precipitate the biggest cover-up in this country’s history, get what they deserve in terms of punishment. But never forget that the reason they are all now being held accountable. The reason the biggest cover-up in this country’s history has been exposed. The reason justice has been delivered to the 96, our fans, the survivors, the families and the city. It is due to the sheer willpower, persistence and drive of the families. For that, we can never say thank you enough to them. Whilst the intervention of ‘death’ has spared the hand of justice delivering punishment to some, others will now experience just a small fraction of what the families have endured for the last 27 years. Anxiety, pain and suffering as to what fate awaits them.

Despite all of the recent events, you have to ask the question whether we will ever ENTIRELY escape the ignorant comments and opinions on Hillsborough. Just this morning, Sky and ITV’s Eamon Holmes had the audacity to compare Manchester United’s team bus being attacked violently last night by West Ham fans as being a throwback to what we saw “in the 70s and 80s, the type of thing you were seeing that was bad about Hillsborough, for instance”. Wow! A comment that clearly translates to me that that fan violence was to blame for Hillsborough. Did Mr Holmes not watch the verdicts come in? Did he not see the response, in particular to question 7, which stated clearly that fans were not to blame. 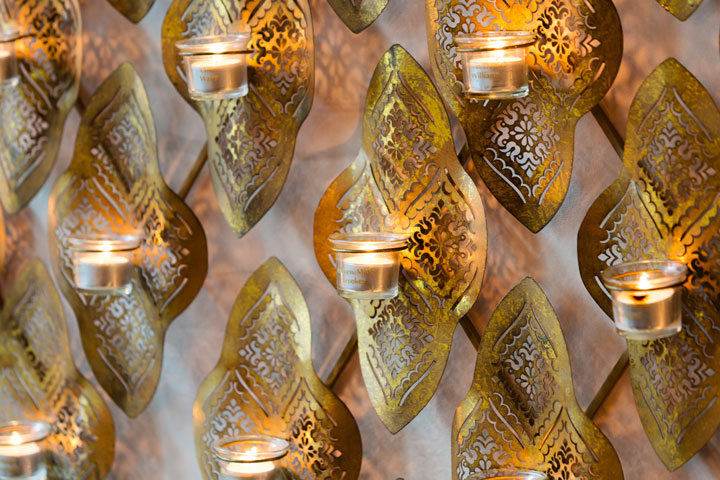 When the story broke this morning, my immediate reaction was that it was sheer ignorance and that he had engaged his mouth before his brain. I actually tweeted and put on Facebook that if he comes out and just admits that and apologises unreservedly, he might at least claw back some respect. Alas, he did move fast to apologise, but the nature and content of it was, in my opinion, quite frankly pathetic and actually nonsensical, which to me reeks of it carrying no authenticity.

He has claimed people accusing him of a slur on the 96 and Liverpool fans are stirring up trouble, and that he was trying to say these are images we never want to see again, which is why he brought Hillsborough into it. So how does 96 people being crushed to death compare to images of a bus smashed violently by football fans?

If he had simply apologised and admitted it was mouth engaged before brain (we’ve all done it), he’d have got a bit more leniency, but his ‘official’ apology just smacks of him trying to protect himself and, for that reason, he deserves what he gets now.

Alas, let’s not finish on a negative. I’d simply like to dedicate this post to the 96, their families and friends, the survivors, fans, the people of this city and everyone involved in the fight for justice. As I said in the immediate aftermath of the verdicts last week, my Nan, Nessie Shankly, my hero, was involved in the early days of the fight for justice before she passed away in 2002. She is a REAL Iron Lady, just like those who lead the fight for justice. Whilst, like many others, she never managed to hang on for that amazing day when justice was delivered, I know she will have been sat ‘up there’ with them all, despite the fact she wasn’t born and bred here in Liverpool, smiling down on us all and saying, “that is my city and these are my people”.