The most visually spectacular concert in Liverpool, Shankly Live Sessions presents an evening of awesome music on The Garden of Eden rooftop at The Shankly Hotel.

With the fabulous Liverpool landscape as a backdrop, December’s gig will see Space perform their neo-psychedelia repertoire, together with Satin Beige who will be supporting the Liverpool band.

Curated and presented by The Farm’s Keith Mullin, we’re bringing together Liverpool’s most influential musicians alongside our brightest musical talent on Monday 10th December.

Take a look at our video below, featuring all the highlights from the first ever Shankly Live Sessions.

On Monday we welcome Space to grace our Shankly stage.

Formed in 1993, Space are a much-loved Liverpool group that came to prominence during the 1990s as their unique electronica tone resonated with an enormous listenership.

The Space band would go on to release their second studio album: Tin Planet in 1998. The melodic compilation reached number 3 in the UK Album Charts, abolishing the myth of the difficult second album.

After a brief hiatus, the Space band reformed in November 2011 for a Christmas concert at the O2 Academy here in Liverpool. Also, Space recently announced that they were working on a new album entitled Give Me Your Future.

Described as having “a flowering special talent,” Satin Beige’s regal performance at The Shankly Hotel is not to be missed.

The soul diva will sing on The Garden of Eden rooftop, a venue befitting of her heavenly voice.

Memories of New York swirl when Beige performs her song Goodnight Manhattan, whilst Losing It and Addicted are played on her polished cello.

The soulfulness of these tunes is captured by the routine plucking of this angelic instrument.

A LIPA graduate, Beige has crept up on Liverpool’s music elite and now, by way of her cello – who she has lovingly named Kije – the multi-instrumentalist is beginning to make a sizeable impact.

In 2016 Beige, together with our headliners Space, featured on Ocean Waves & The Mersey Sounds, an album dedicated to Liverpool musicians.

In November 2018, Satin Beige released her cello-infused RnB single Being Me, which she’ll perform on Monday.

The Garden of Eden Rooftop 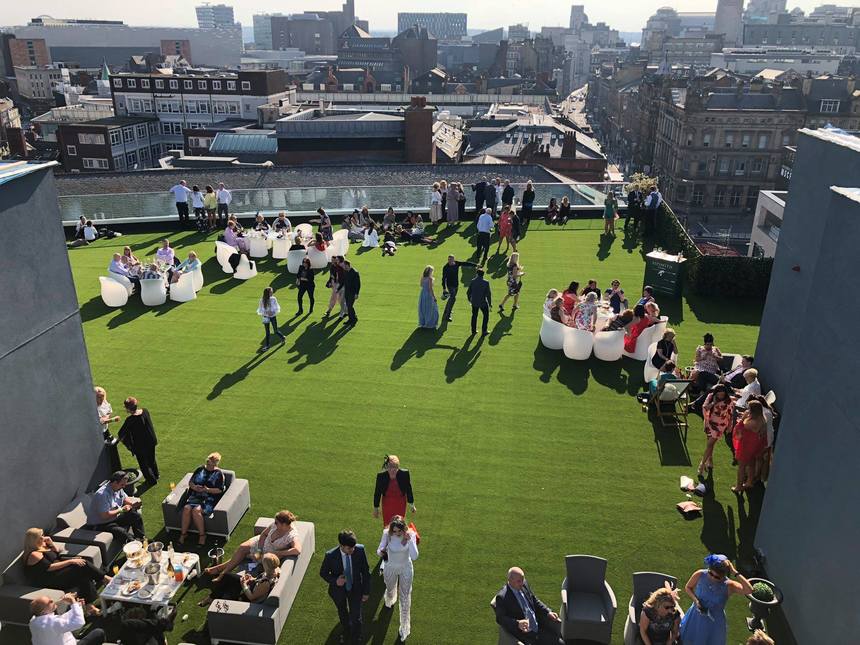 Shankly Live Sessions will be taking place every month on the stunning Garden of Eden rooftop at The Shankly Hotel.

So, take the opportunity to revel in this spectacular setting and arrive early, have a drink and meet the musicians. The bar will be open from 7pm and there will be delicious food available.

What’s better than watching some of your beloved musicians perform in front of the stunning backdrop of the Liverpool skyline at Christmas.

We’ll see you in The Garden of Eden!