If you’re visiting Liverpool this month, check out our guide to what’s on in March 2018 and really make the most of your stay with us.

With Mother’s Day, St Patrick’s Day and many more celebrations coming up, it couldn’t be a better time to visit our city.

Take a look at some of our top picks, from disco themed nights out to award winning theatre productions and afternoon tea with a twist, it’s all here.

First in our guide to what’s on in March is a colourful carnival at Constellations.

Fiesta Bombarda are returning after a sellout New Year’s Eve extravaganza, to transform Constellations into an extra-terrestrial, tropical paradise.

With special guest, BBC 6 music presenter and Worldwide FM founder Gilles Peterson, alongside reggae royalty Mungo’s HiFi, KOG, Banana Hill and many more, this event is sure to be a sell out.

Expect to be immersed in a colourful carnival with Fiesta face painting available, electropical performers and all things vibrant.

For one night only, Liverpool’s famous Disco Festival will be taking over the iconic Alma de Cuba for a night of Latin and Afro fused Disco, Classic Disco, Boogie, Soul, Funk and Soulful House Classics.

A warm up for the Disco Festival taking place later in the month, this evening will feature sets by Natasha Kitty Katt, James Morgan and Darryl Marsden. As well as the usual performances from the spectacular Samba girls, glitter stations, confetti showers, delicious cocktails and a disco photo booth.

A converted church built in 1788, Alma de Cuba was recently voted the best bar and restaurant in Liverpool and this night promises to be the highlight of the month. 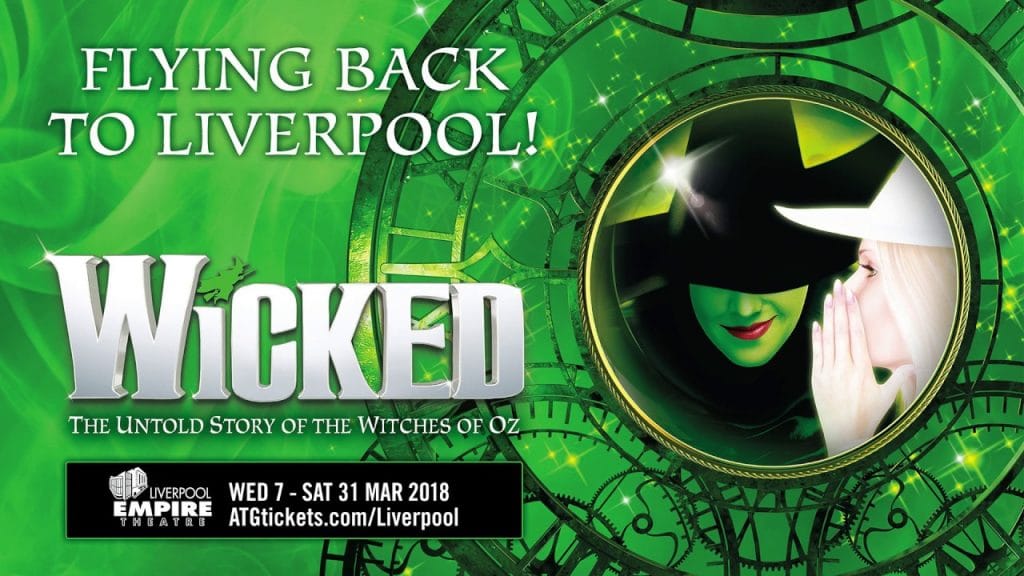 One of the UK’s favourite productions and the most hotly anticipated events in our guide to what’s on in March, Wicked transports audiences to the stunningly re-imagined world of Oz in a breathtaking magical spectacle.

Their extraordinary adventures on Oz will ultimately see them fulfil their destinies as Glinda The Good and the Wicked Witch of the West.

This multi record-breaking production of the West End and Broadway musical sensation is returning the Liverpool Empire this March and tickets are expected to sell out very fast.

An Evening with Tyson Fury

In association with IWA Events, the incredible organisation behind White Collar Boxing, Tyson Fury will be spending an evening at The Shankly Hotel to give an honest and intimate conversation with his fans and boxing enthusiasts.

The controversial champion will host a candid discussion on his career, his past and his plans for his comeback in the very near future.

Get up close and personal with one of the legends of the boxing world with this one of a kind event.

The ticket includes a three-course meal of mouth-watering food to get you ready for an exciting night. There’s even entertainment from a top comedian to keep the fun going and you’ll be treated to a complimentary photograph with Tyson Fury himself. 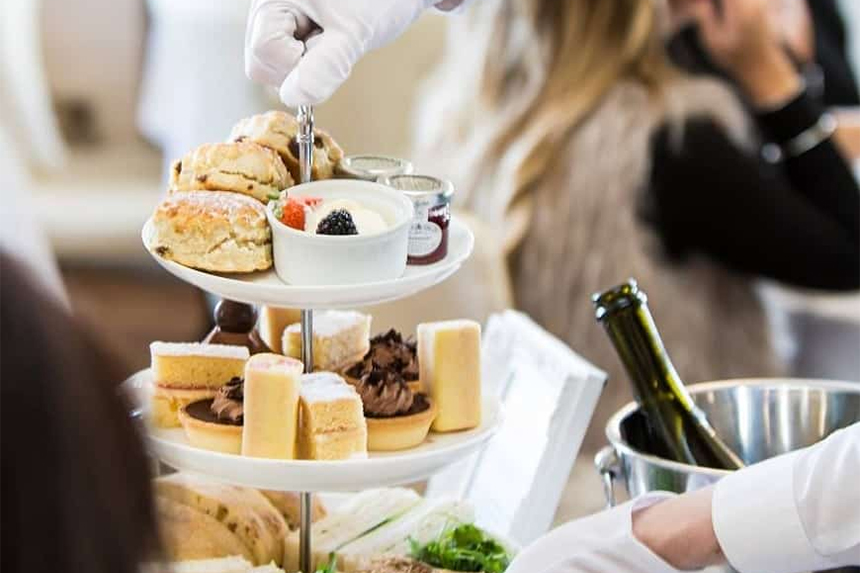 This Mother’s Day why not treat the number one woman in your life to an unforgettable Swing Afternoon Tea.

Located in the stunning Garden of Eden, on the rooftop of our beautiful hotel, take in the magnificent views of Liverpool’s skyline as you enjoy a delicious traditional afternoon tea.

Indulge in delicate finger sandwiches, sweet treats, freshly baked scones and cakes, served with a choice of tea or coffee.

Whilst you’re tucking in to your afternoon tea, you’ll be serenaded by a swing singer, who is sure to get you on your feet and singing along.

Bringing a little bit of Dublin to the Baltic Triangle, this year the Baltic Market are hosting a massive St Patrick’s Day you won’t want to miss.

Celebrating all things Irish, expect to be treated to lashings of Guinness, lager, whiskey and a few Irish gins.

It wouldn’t be a party without food and at the Baltic Market they are blessed with some of the best food in the city. From wood fired pizzas to halloumi fries – there’s something for everyone.

If that wasn’t enough, there will also be a wealth of local live music to jig to, a Jonny Bongo DJ set, Irish dancing, the rugby and the Loose Moose String Band.

After having some time out to become a parent and get serious, Russell Brand is returning to Liverpool for his Re:Birth stand up tour.

Asking questions like “How can you be a dangerous, edgy, rebel with a tiny, little daughter?” and “What am I going to tell my daughter about conformity and responsibility? What happens if she grows up to be like me? Or, worse, to date a man like me?”

He will perform his stand-up comedy show at the ECHO arena’s Auditorium on March 19. It marks his second appearance here in Merseyside in a year with the hugely popular show.

Since his 2003 breakthrough the controversial comedian has become one of the most recognisable across the globe, hosting the MTV Video Music Awards, releasing his own book and playing acclaimed tours in both the UK and US.

Paloma Faith is coming to Liverpool’s Echo Arena to tour her long-awaited fourth album, ‘The Architect’.

One of only two British female artists this decade to have their last three albums go double platinum in the UK, she is renowned for her amazing live performances and this tour promises to be more of the same.

One of our favourites in our guide to what’s on in March, this show promises to be a sell-out. 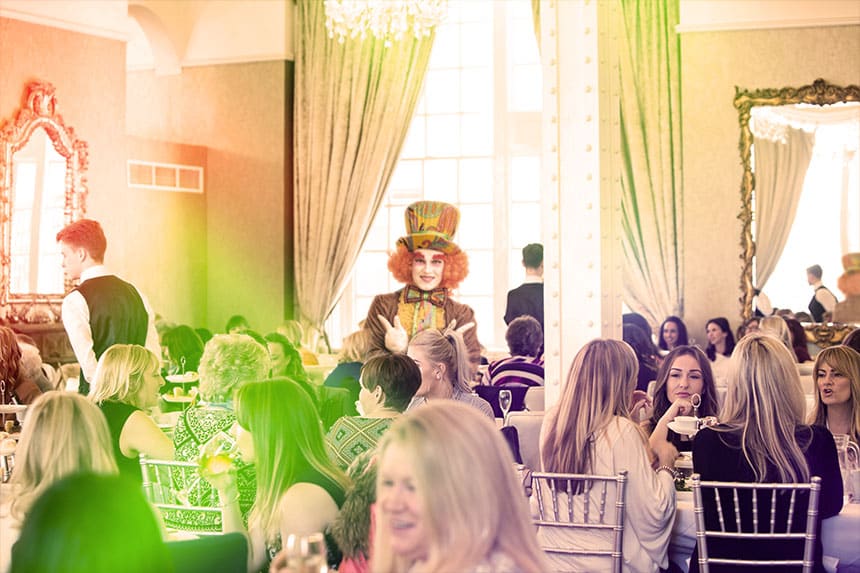 Next in our guide to what’s on in March is an afternoon tea event with a wacky twist.

This magical tea with a difference will transport you to the crazy world of the Mad Hatter, featuring much-loved favourites from the literary world and some magical live music.

Sip on prosecco as you enjoy unique interactions with Mad Hatter characters, all whilst enjoying an afternoon tea with a difference.

This Mad Hatter’s Afternoon Tea is sure to be unforgettable.

Last in our guide to what’s on in March is a firm favourite for the clubbers in Liverpool.

Liverpool Disco Festival is returning to Camp and Furnace for an event jam packed full of disco classic, funky flares and buckets of glitter.

This month sees Kerri Chandler headline the Saturday night, with a live PA from Jocelyn Brown, as well as sets from Jeremy Underground and Derrick Carter.

Get your tickets soon as this event is selling out fast already!

We hope you’ve enjoyed our guide to what’s on in March 2018. If you’re thinking of visiting Liverpool this month, book a stay at The Shankly Hotel and have the ultimate getaway.

Get in touch with our friendly team today and make the most of your trip to this beautiful city.