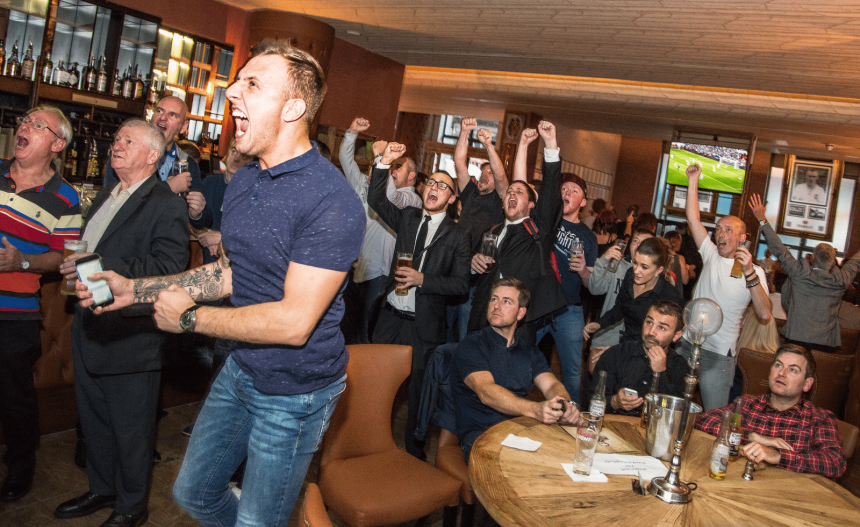 As the season enters its penultimate chapter Liverpool look in prime position to mount one final assault, one last hurrah.

If that’s the case, we at The Shankly Hotel have decided to throw an enormous party on May 12 if Liverpool win the league; because where else would be better to celebrate such a mammoth and wonderful occasion.

Prepare for a party of epic proportions on The Garden of Eden terrace within The Shankly Hotel if Liverpool can come out on top in May.

The Party of the Year 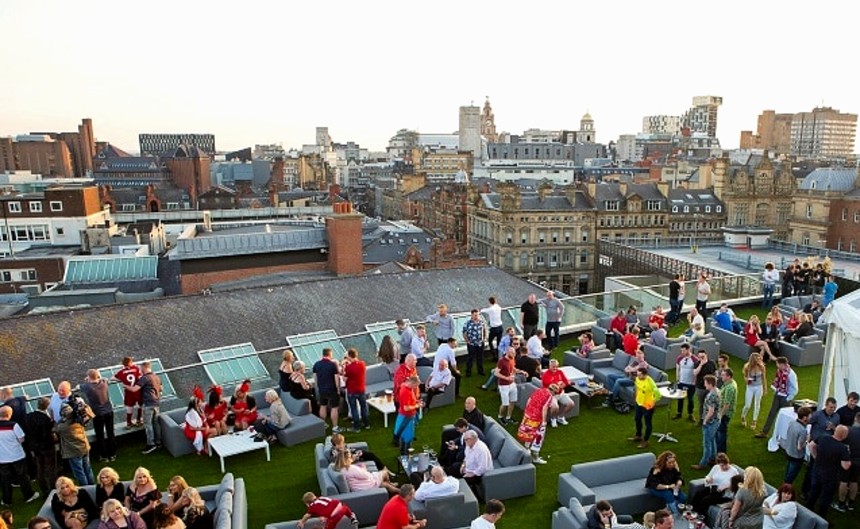 Picture the scene: the sun is ablaze, the unbroken stream of beer hasn’t stopped for hours, we haven’t been home since the final whistle was blown, oh, and Liverpool are Premier League champions – sounds incredible doesn’t it. We hope to replicate scenes such as these when – sorry – if Liverpool win the league in May.

They’ve come close before, so close in fact that we counted down the best Liverpool teams never to win it, but on this occasion it feels special, incredible almost. And, what could be a more appropriate way to commemorate such an achievement than to celebrate on top of a hotel that bears the name of Liverpool’s adopted son and iconic leader.

This massive event is to include a free bar and entertainment that wouldn’t look out of place in the bowls of the Kop; so, prepare for a soundtrack of Liverpool’s most loved chants on May 12.

Come that momentous day in May, our party could perhaps be a less nervous occasion as the Reds may have been crowned champions by then, or, everyone may be on the brink of a breakdown as the final whistle is blown. So, be prepared to either lessen the pressure or simply continue the celebrations which started way back when Liverpool tore up the history books.

So, what makes The Shankly Hotel the perfect place to host such an important party?

The Shankly Hotel is the number one destination in the North West for any Liverpool fan. We pride ourselves on our electric matchday atmosphere, in addition to superb drinks deals, a unique environment that is sure to impress any Liverpool supporter and luxurious rooms that are perfect for weekends away with your mates.

Dedicated to Liverpool’s iconic leader, The Bastion Bar and Restaurant is the best place in Liverpool to watch the Reds. Located inside the spectacular Shankly Hotel, this wonderful restaurant enables diners to delve deeper into the personal and professional escapades of the ex-Liverpool boss.

To complete this picture of remarkable opulence, the party is in The Garden of Eden within The Shankly. This beautiful venue is unlike anywhere else as it boasts some of the most wondrous views of the city.

Indeed, where would be more appropriate to toast Liverpool’s success than a venue which overlooks the city that shares their name.

Shed a tear on top of The Shankly as there will be no more worlds to concur when Liverpool win the league.

We hope that Liverpool can be crowned champions this summer so we can throw our epic party on May 12. We hope to have more information about the event soon, so keep an eye on our Facebook and be ready to celebrate come May.