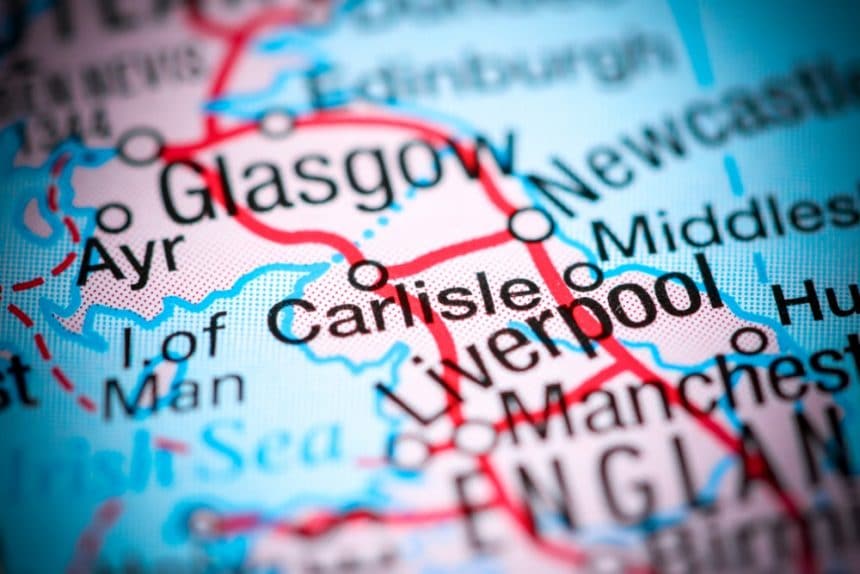 Before Shankly was a red he was a blue. Now before everyone gets annoyed and angry, Shank’s was never a proper blue, he was never an Evertonian – although he did come extremely close to managing Everton in 1977. No, the blue in question is that of Carlisle United.

Had the iconic Scotsman never donned the electric blue strip of Carlisle United in 1932 or managed the club in 1949, he may never had joined his beloved Liverpool. But what of his first Love? – and we don’t mean Nessie.

From his first forays into management to his resignation, here’s how the world’s most famous red was once a staunch blue.

It was with a certain initial reluctance that Shankly moved into management for he was convinced that he had more to offer as a player. Nevertheless, the 35-year-old masseur took the Carlisle United job in 1949 and thus, Shankly the manager was born.

Carlisle United were a destitute, Third Division North side who found it almost impossible to attract players due to their sheer remoteness; never mind their low league position. Nevertheless Shankly, ever the optimist, immediately turned the club’s remote location into an advantage and transformed Brunton Park into a fortress – as he did with Anfield years later.

Shankly would remind his players of how far the opposition had travelled for the match and how they would be extremely tired from the journey in order to inspire them. He also established a relationship with the fans in his own unique way, urging them to support the team: “I used to on the tannoy system at a quarter to three speak to the fans every other week before the game. Instead of putting something in the programme, I spoke to them, explaining if we’d change the team, how we had played in the last game – everything. The supporters loved it, they lapped it up.”

Shankly not only stabilised what was a sinking ship that season, but he also showed glimpses of the manager he would later become.

The Greatest Feat in History

Shankly would transform Carlisle United into a more professional outfit, a feat he would repeat years later when managing Liverpool in the Second Division. In his maiden season in charge, the Cumbrians finished 9th; a vast improvement on their 15th place finish a year earlier. Indeed, the next season saw ticket sales sky rocket as fans flocked to watch Shank’s team.

The 1950-51 campaign saw Carlisle push for promotion, while a 0-0 draw with Arsenal in the FA Cup only stoked the fans’ excitement.

However, a final placing of 3rd wasn’t enough for promotion and after a Brian Clough-esc squabble with the board, who had refused to pay out on bonuses promised should the team finish in the top three, Shankly resigned.

The future Liverpool boss won 42 of his 95 matches in charge of Carlisle United and furthermore, some would claim that his stint in blue shaped his career in red. So much so that, in 1974 when Carlisle United won promotion to the first division, Shankly began his press conference at Melwood by describing his old club’s elevation as: “The greatest feat in the history of the game.”

The iconic Scotsman would go on to manage Grimsby Town, Workington and Huddersfield Town before arriving at Liverpool. That said, the lessons Shankly learned in Cumbria certainly shaped his career on Merseyside.

Celebrate every Liverpool win at the stunning Shankly Hotel. Immerse yourself in the beauty of the hotel while also making the most of the delicious Bastion Bar and Restaurant.

The beautiful hotel is ideal for overnight stays or just watching the Liverpool match surrounded by precious memorabilia. Sound exciting? Get in touch with our friendly and helpful team today on 0151 236 0166 or email reservations@Shankly.com

Keep up to date with everything going on at the hotel by following The Shankly Hotel Facebook as we gear up to star in our very own BBC documentary.