By now, the people of Liverpool know how important Bill Shankly is in relation to not only football but the morale of the city.

The great man himself is now being honoured in a brand new feature-length documentary, commissioned by BBC Scotland and produced by the team behind the new Blade Runner sequel.

Shankly: Nature’s Fire is going to be a film to remember and as the premier destination for all things Shankly in Liverpool, The Shankly Hotel has managed to secure an incredible package deal for 16 lucky Shankly fans.

A Once in a Lifetime Package 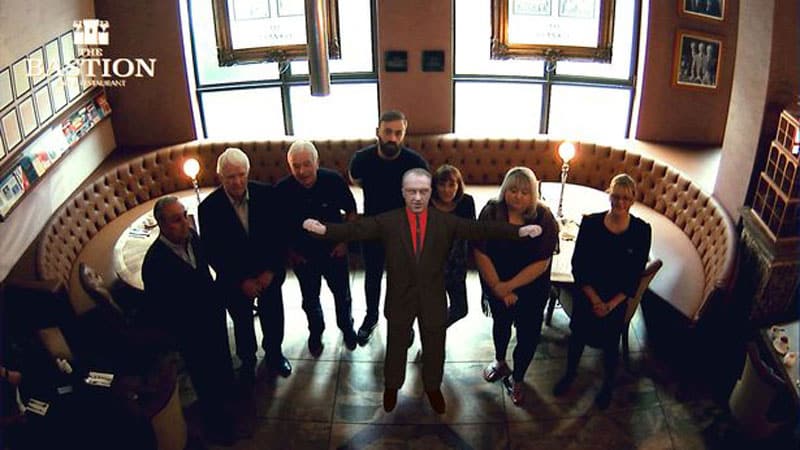 As the top place to visit for Shankly, LFC and football fans, The Shankly Hotel has arranged for a limited edition package to make sure all Shankly lovers can have an experience like no other.

For one day only, 16 people can take advantage of the Shankly: Nature’s Fire Package at The Shankly Hotel. Book today and on the 29th of October, you’ll get a totally unique Shankly Experience.

Here’s what you’ll be treated to on the big day: a meet and greet with a member of Bill Shankly’s family, with a chance to ask questions on what it’s like to be related to a hero, a guided tour of all The Shankly Hotel’s memorabilia, a photo with Bill Shankly himself (via Augmented Reality Technology) and a delicious three-course Sunday lunch at The Shankly Hotel’s amazing Bastion Bar & Restaurant.

After enjoying all the hotel has to offer, you’ll then be whisked off on a tour of the entire city’s footballing hotspots, including a stop-off at Anfield itself. At the home of LFC, you’ll be one of the first to try out their brand new interactive stadium tour, with beautiful views of the pitch, a hot seat in the new press room and a walk down the iconic player’s tunnel.

Of course, the highlight of the package is the ticket to see the world premiere of Shankly: Nature’s Fire at The Liverpool Philharmonic.

The film has been two years in the making and is a poignant and nostalgic journey through the history of the beautiful game.

Legends from the world of sport have contributed to the story with frank and heartfelt interviews about Shankly, the origins of football and football in the modern world.

Keep an eye out for the likes of Steven Gerrard, Jamie Carragher, Kevin Keegan, Roger Hunt and Denis Law as well as comments from sports writer Hugh Mcillvanney and Scottish author Irvine Welsh.

The film explores the life of the man that changed Liverpool Football Club forever, and how his vision made him a legend that left a lasting impression on a city that wasn’t his home. It also looks at how heroes still matter in the world of contemporary football, with legends that transcend generations.

The likeability of and fondness for Bill Shankly is passed down through the years, with even younger football fans expressing a love for the passionate manager. Shankly: Nature’s Fire will give a real insight to those viewers who are perhaps of a time too late to experience the personality and philosophies of Bill Shankly.

World Premiere at The Philharmonic

On Sunday 29th October, the world premiere of Shankly: Nature’s Fire will be screened exclusively at Liverpool Philharmonic Hall.

The beautiful and iconic venue will host a limited run of the film before its release on DVD in December.

Get your place on this package now before it’s too late by emailing info@shanklyexperience.com or calling 0151 305 3742, secure your place now for just £99.

If you miss out on winning our amazing package, you can still buy tickets from the Philharmonic for £10 each (or £8 for concessions). It’s a must-see not only for LFC fans but anyone who has an appreciation for the love of the game.