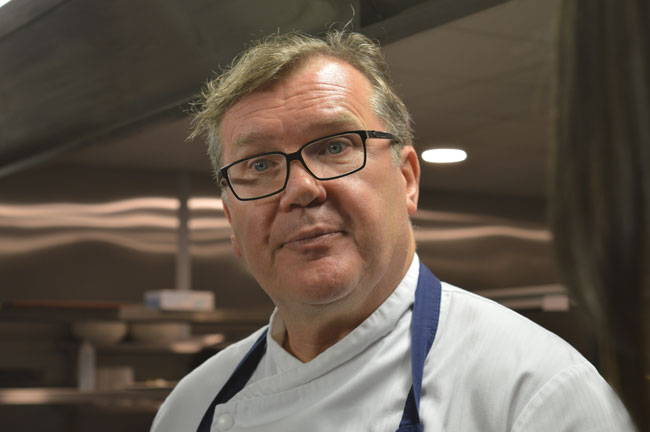 Footballing legends and guests joined us on Friday evening where The Shankly Hotel hosted a very unique event, which combined the two most arguably loved things in the world – fine food and Football.

The Fine Food and Footballers event was a nothing less than a success, and it was the first event of many to be held in The Bastion Bar and Restaurant.

The Bastion Bar and Restaurant provides the ultimate experience for football fans, which showcases Bill Shankly memorabilia, including his football shirts, fan letters and his LFC contract, all from the Shankly family’s private collection – making it the perfect venue to host events such as this.

There were stars on show, with Liverpool Legends Phil Neal and Alan Kennedy as special guests, being served food made by the award winning Michelin star chef, Nigel Haworth.

Guests were welcomed with a champagne reception, where a live band were performing, which gave guests an opportunity to explore the masses of genuine memorabilia on offer, along with trying Nigel’s canapés.

We caught up with celebrity Michelin Star Chef Nigel Haworth in the kitchen, where he described the menu that was on offer.

He said: “We are starting off with a BBQ Salmon with basil, followed by an artichoke salad served with a honey dressing and truffles. The main course is Beef tartar, served on a duck liver crumb, with roasted shallots, buttered potatoes, mushrooms and red wine sauce. Pudding is an apple trifle, then petit-fours and Eccles cakes.” 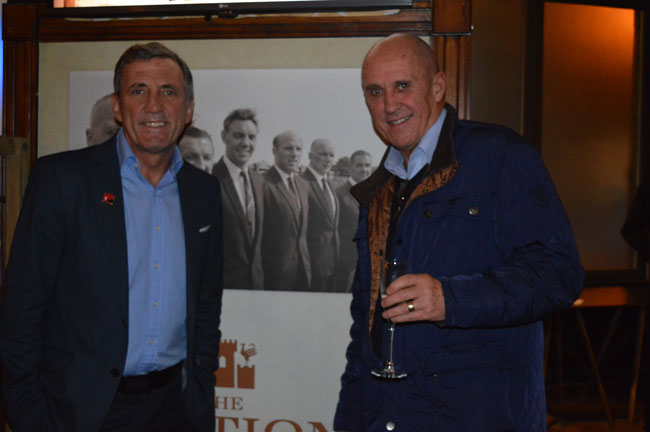 When we quizzed Nigel on his favourite dish, he surprisingly opted for a simple, yet delicious main.

He said: “My go-to dish is scallops, with a spicy tartare sauce.”

The Shankly Hotel works closely with the City of Liverpool College, and catering students from the college gained invaluable work experience by working alongside Nigel at the event, who provided them with tips and tricks which will help them in the future.

The Principal of the City of Liverpool College, Elaine Bowker, emphasised the importance of giving students opportunities such as this, as they help in enhancing young people’s future careers.

She said: “This event is all about great food, and the growth of the city, and for us to be a part of it is a real honour.

“With our students working with the best in the business such as Nigel, it shows that our training reflects industry requirements, and with them operating in this type of environment is brilliant.”

We spoke to ex-Red Phil Neal about the event, who is passionate about both food and football.

He said: “It’s not very often you get to eat Michelin star food so I’m looking forward to it. Some of my team mates are here too so I it will be a good experience. I know the capabilities of a Michelin star chef, they aren’t just good chefs, the presentation and staging of the food is fantastic.” 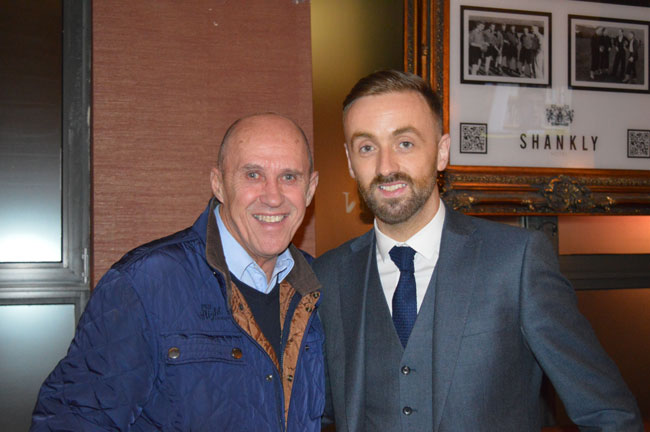 Talking about the Shankly Hotel, Phil said: “I’ve been here before, it’s a lovely atmosphere and such a beautiful place; it’s easy to get engrossed in the history, and to have Michelin star food at the same time, it’s a great event to be a part of.”

We spoke to Phil’s team mate Alan Kennedy who also attended the event.

He said: “I am really enjoying myself and it’s the first time I’ve been to an event like this, so it’s great to meet new people and tell them about my history.”

“These events take a lot of preparation and I’m really enjoying myself, it’s a cracking night. I’ve just met the chef and tonight I am going to try everything – I’ve just tasted the beetroot; it was fantastic.”

It was a fabulous evening in The Bastion Bar and Restaurant, with more to come and no doubt they will be as successful as the first.