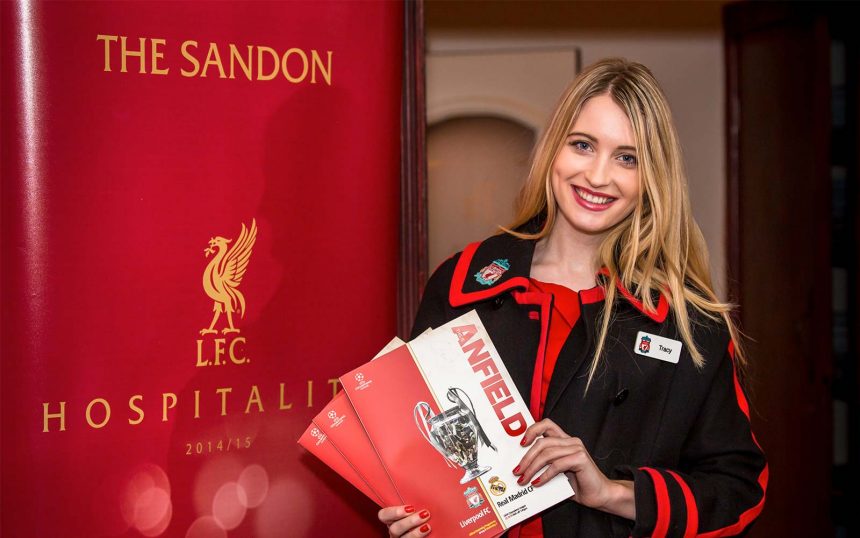 Voted as the best Liverpool F.C match day pub, The Sandon is a must-see on any tour of Liverpool’s most important footballing sights.

Located just a short walk from Anfield Stadium, this famous venue has been an institution for football fans since both Liverpool and Everton were founded and is famously the ‘birthplace of Liverpool Football Club’.

That’s why The Shankly Hotel are thrilled to announce they will be teaming up with this legendary pub as part of the new Shankly Experience Tour route. Guests will now be visiting the friendly team at The Sandon to uncover the history behind one of the most iconic footballing establishments in Liverpool.

A staple on match days and the perfect place to grab a pint before the game, we are really proud to be working with them to promote their remarkable history and legacy. 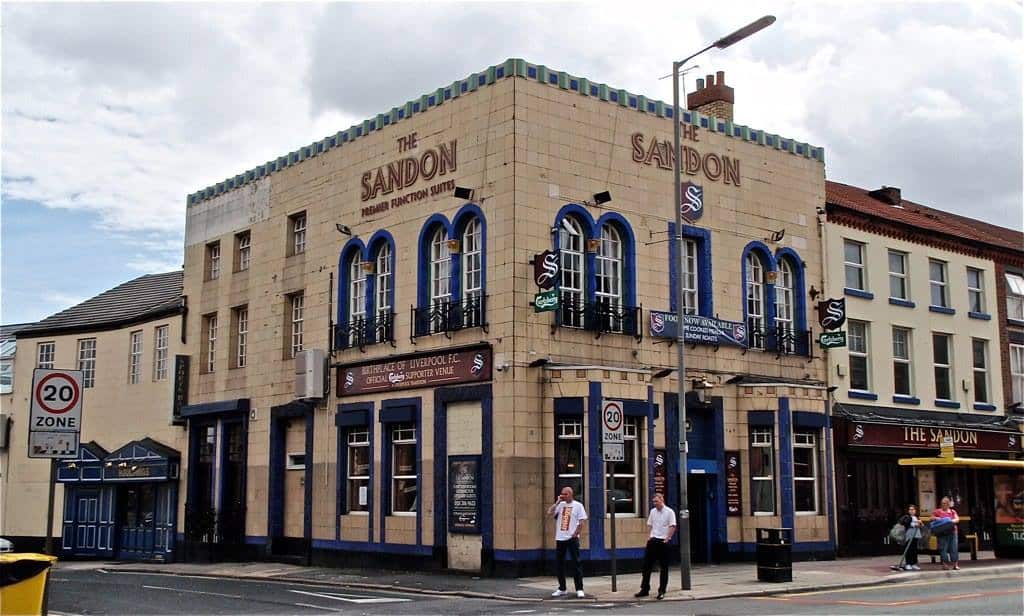 The History of The Sandon

The Sandon was originally built in 1870 as an outlet for selling beers by a local brewer named John Houlding.

John Houlding was a self-made English businessman with an education from Liverpool college and a keen interest in football.

However, back then there was only one main football team in Liverpool, St Domingo’s who were formed in 1878 and had no fixed football ground. 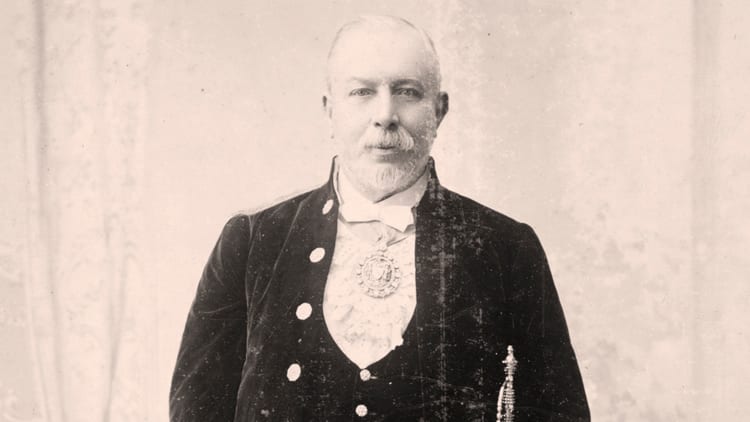 Houlding Calls A Meeting at The Sandon

Houlding’s interest in football led him to become more and more involved with St Domingo’s and when a ruling was passed that forced the team to play their games at an enclosed ground, a meeting was held at The Sandon.

Having previously played at the public Stanley Park, St Domingo’s needed to find a field they could rent, Houlding suggested a field off Priory Road which was just up the road from Houlding’s brewery.

The arrangement with the owner of the field off Priory Road didn’t last long and the team were eventually asked to leave.

As the club’s president, Houlding secured a new pitch at Anfield Road, paying a small rent to John Orrell, a fellow brewer and friend of Houlding.

“As many reds and blues know, in the early 1880’s Everton Football Club used to play their games at Anfield.”

The first football match at Anfield Road was played on 28 September 1884, when Everton beat Earlstown 5-0.

Houlding led many Everton Football Club meetings from his brewery, The Sandon. The pub became the headquarters for the team and was used as a dressing room by the players for many years.

The Sandon continued to be used as a hub for Everton Football Club and for over 10 years the team were transformed from amateur enthusiasts into League champions. 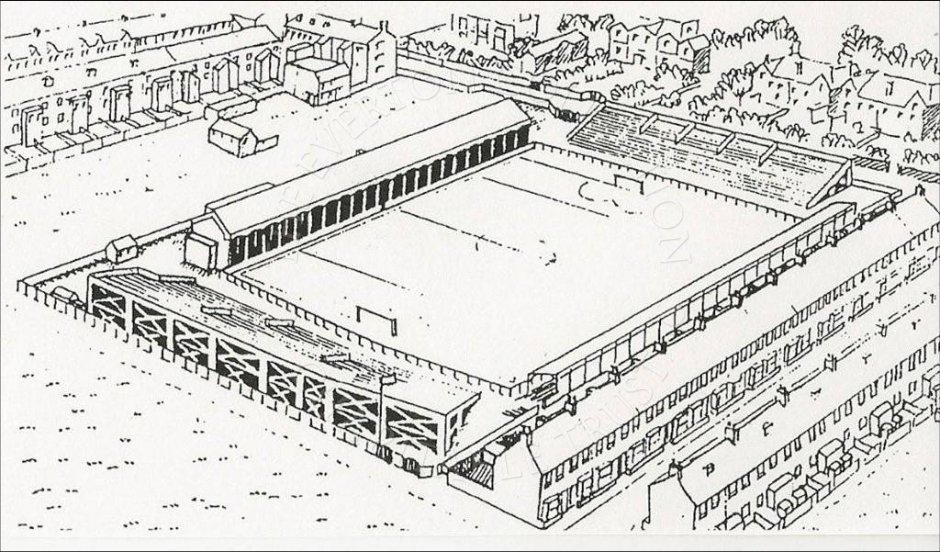 Stands were erected at the Anfield Road ground and attendance figures reached 8,000 per game.

In 1888 Everton became a professional football club and played their first Football League fixture against Accrington Stanley on 8 September 1888.

The club continued to grow and in the 1890-91 season, Everton won their first championship, playing in front of crowds of up to 20,000.

As Everton began to gain more popularity, complications started to arise regarding the ground rent and ownership.

In 1885 the owner, Orrell, wanted to use the land for redevelopment, which would have left Everton Football Club homeless and threatened their existence as a team.

The football committee went to Houlding for help and subsequently, he purchased the land at Anfield Road from Orrell for a sum he couldn’t really afford.

Houlding understood Everton could not offer any promises financially and were only in a position to pay a rent of £100 each year. However, he accepted the terms hoping that with Everton’s growing popularity the team would be able to afford the going rate of £240 a year and the payments would increase. 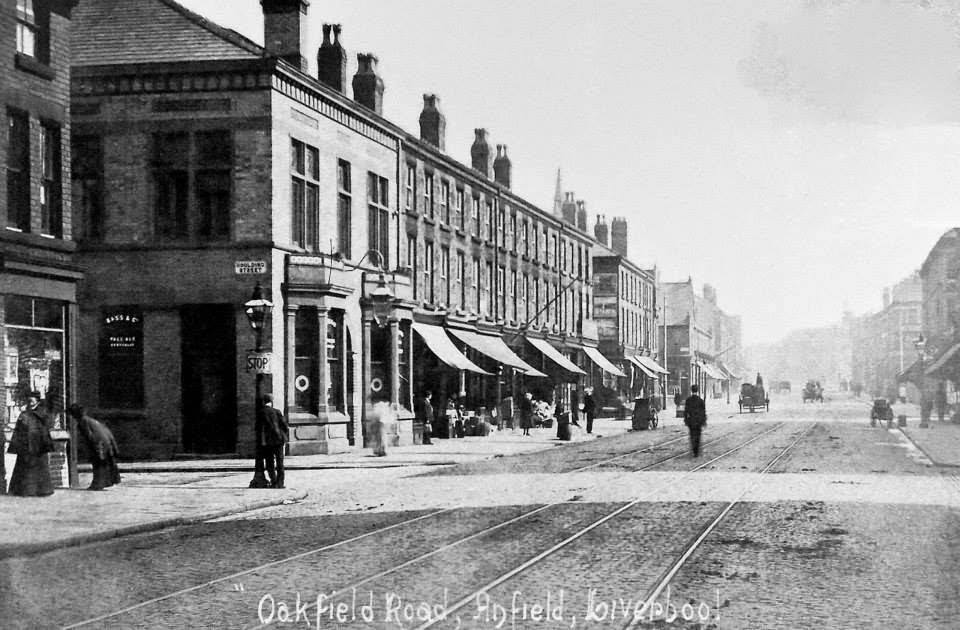 This arrangement continued until three years later when Everton won the Football League title for the first time.

Houlding saw this was the beginning of something big for Everton, becoming champions was a golden opportunity to take the club to the next level.

He proposed Everton should buy his land, plus a plot adjoining it and develop the facilities to cater for cycling and athletics.

It was a visionary idea, as it would mean the club could secure year-round revenue, but the committee rejected it.

They felt the price Houlding was asking for his land was too high at a time when land prices were generally falling.

Many of the club’s members accused Houlding of trying to make a profit at the club’s expense as the rent they were paying was increasing and Houlding wanted only his sparkling ales to be sold at the ground, which would be a considerable profit for him. 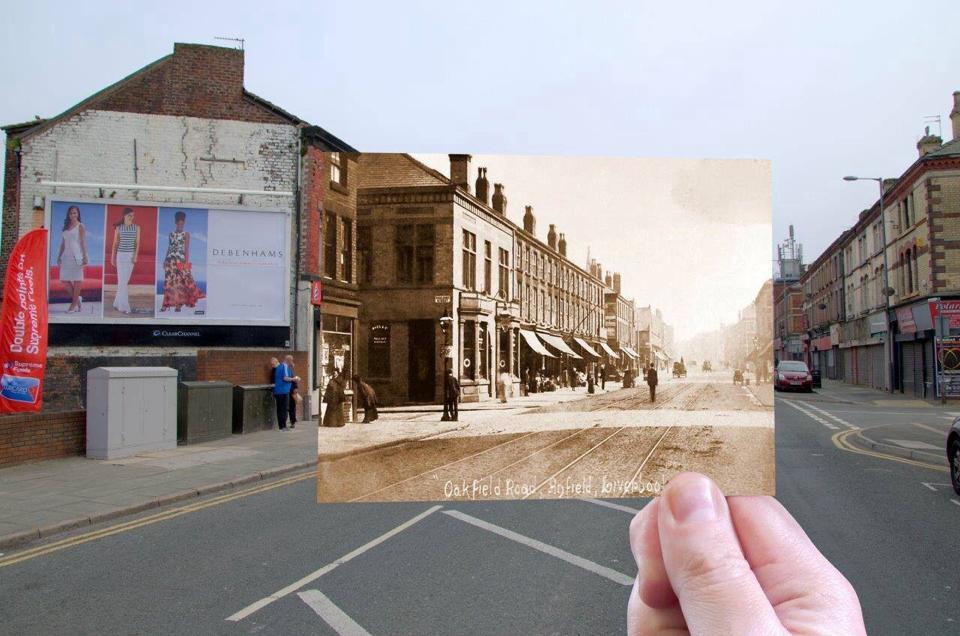 Oakfield Road Then And Now – Facebook.com/TheSandonAnfield

Trouble had been brewing for some time and Houlding clashed with the committee led by George Mahon over the direction the club was heading in.

On 25 January 1892, George Mahon, who had grown tired of Houlding, told members of the club that he had an option to buy Mere Green Field, situated on the north side of Stanley Park.

A second committee meeting took place on 12 March 1892, in the upstairs room of The Sandon that changed everything.

Following this meeting Everton F.C moved to Mere Green Field in 1892, which was to become Everton’s new home, Goodison Park.

The Formation of a New Team

After Everton had moved on, Houlding and Orrell were left with an empty football ground and were in desperate need of a new team.

Houlding decided to form a brand-new club, which he initially called Everton Athletic. The team had an identical crest, colours and league position as Everton F.C.

The Football Association refused to countenance two Everton teams, so Houlding was forced to rethink his strategy.

At the end of March 1892, from The Sandon, Houlding decided to rename the club Liverpool Football Club and it gained official recognition three months later. 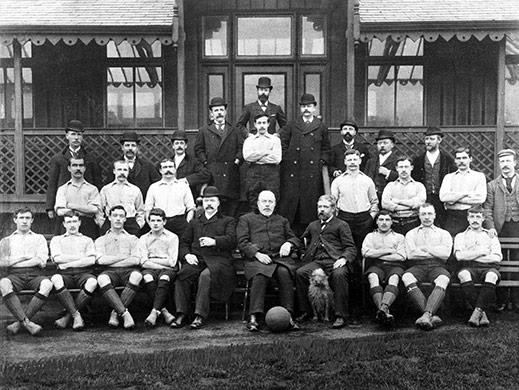 The Birth of Liverpool F.C

Liverpool Football Club prospered and became financially sound with astute guidance from their President John Houlding, their first ever game was a friendly match with Rotherham Town, then of the Midland League, on 1 September 1892.

The team won the Lancashire League in its début season and joined the Football League Second Division at the start of the 1893–94 season.

After finishing in first place the club was promoted to the First Division. 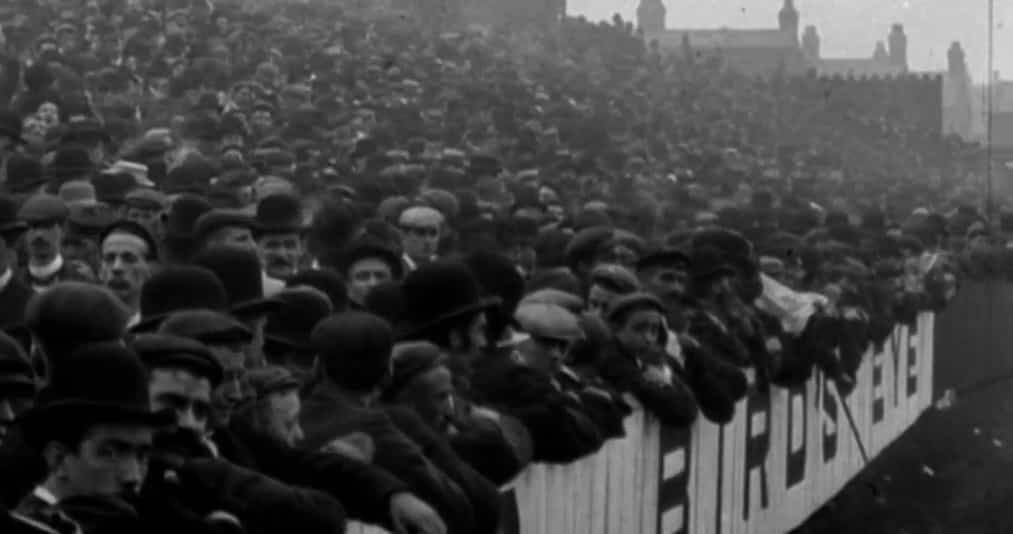 What Happened To John Houlding?

John Houlding was an active Tory councillor, he was later elected to the Liverpool City Council as a Conservative representing the Everton ward, before being appointed Lord Mayor of Liverpool in 1897.

Houlding eventually saw his team win the Football League championship in 1901 but his health was by then giving cause for concern. He took a trip to the South of France which he hoped would restore his strength.

However, during the second week of March 1902, his condition became serious and he died on the morning of March the 18th in Nice at the age of 70.

Tributes were paid to him in all the local newspapers when the sad news of his death reached Liverpool the next day.

At his funeral, players of both Liverpool and Everton carried his coffin as a mark of respect for all he had done for football in the city. 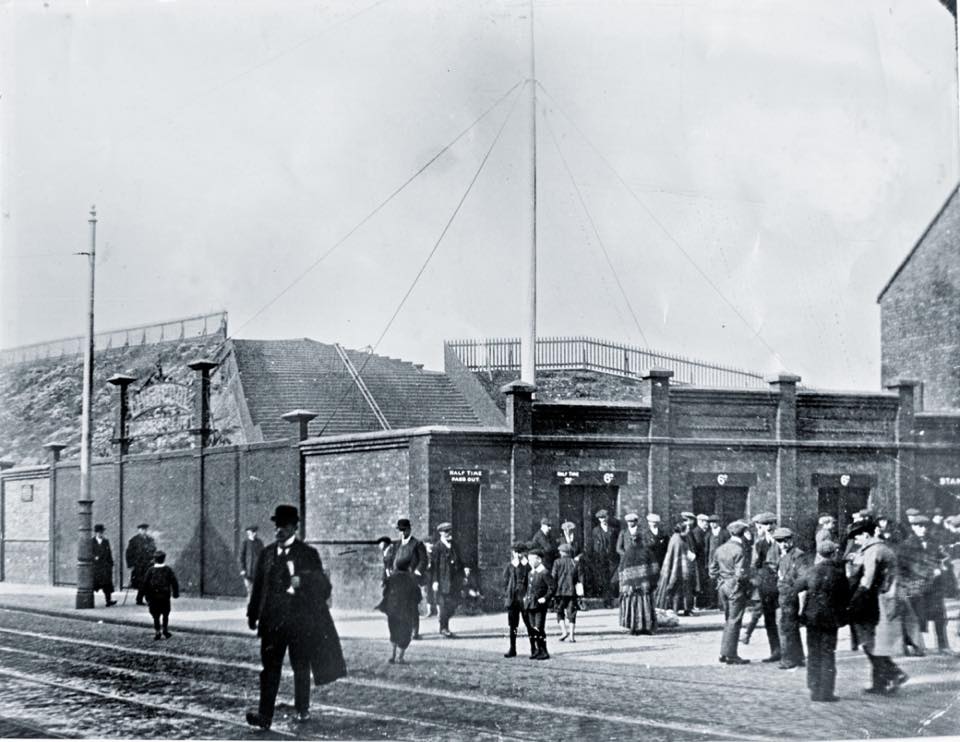 In the early 1980`s The Sandon was re-branded as a fun pub and renamed “The Picture House”. The pub was a huge success until the decline in this sector and was closed in 1990.

After numerous fires, a demolition order was placed on the pub due to it being in a state of dereliction.

In 1994, George Hindley who owned Sam Dodd’s on the other corner of the block, bought the property from the brewery and began the long restoration process to what The Sandon is today.

Over the years other properties were bought in between Sam Dodd’s and The Sandon and the site now has 2 public bars and 6 function rooms. 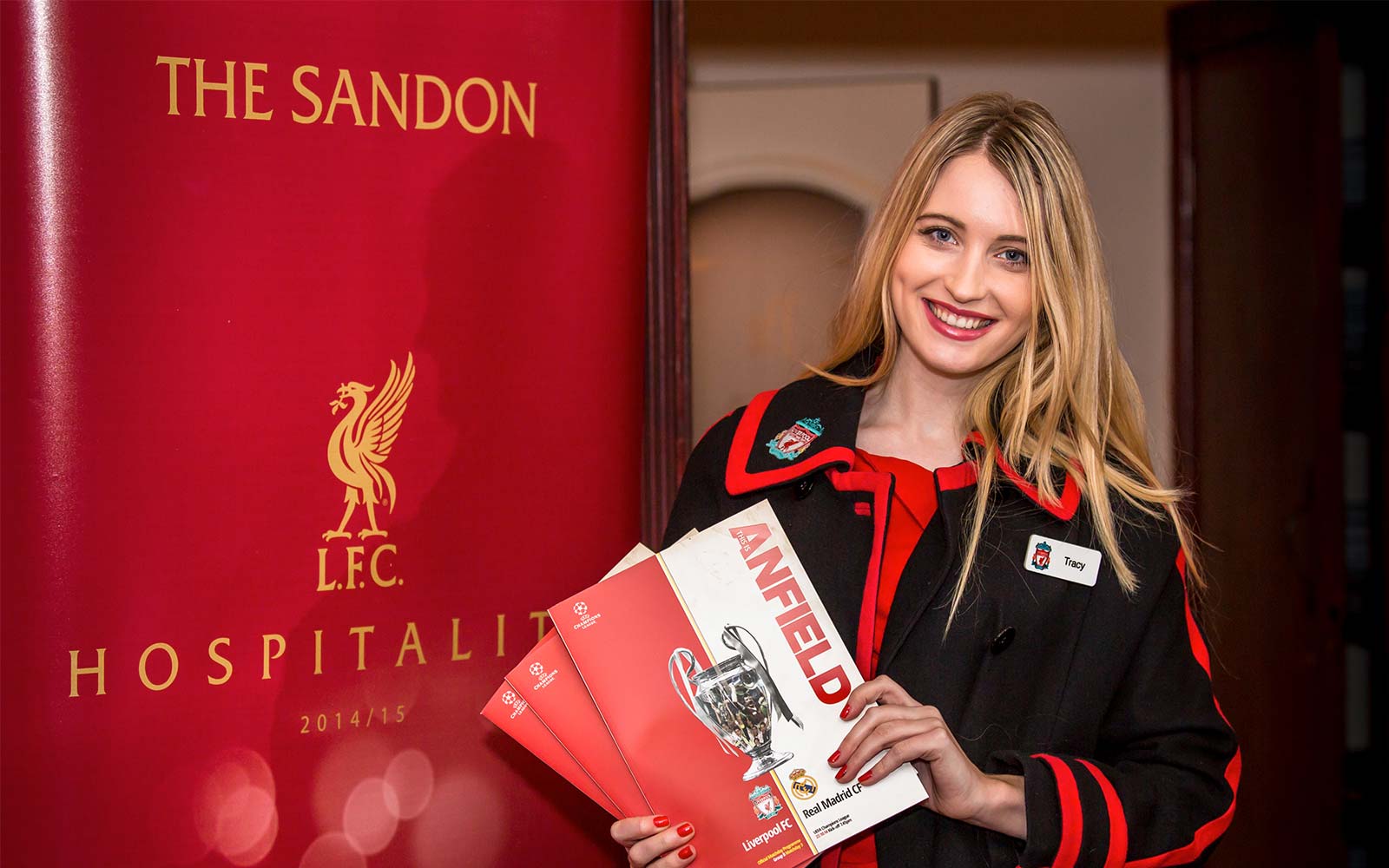 The Sandon holds a special place in the hearts of Liverpool football fans and was the first official LFC partner to provide corporate hospitality outside of the stadium in 2008.

It offers excellent matchday hospitality in its newly refurbished function suites, one of which is called the Houlding suite.

Guests can enjoy great food and a friendly service, as well as experiencing the famous pre-match atmosphere.

The Shankly Hotel are proud to be working with this historic venue to enhance our famous Shankly Experience Tours. We hope you agree, The Sandon really is where it all began for football in Liverpool.

The Tours provide a unique insight into the City that Shanks loved. Brought to you exclusively by the Shankly Family with The Shankly Hotel, our range of tour options provide something for everyone ensuring you get to take in the best of what the wonderful city of Liverpool has to offer.

A man of the people, the tours take you on a day out to remember and visit all of Shankly’s favourite places around the city.

If you want to learn about and experience the real history of Liverpool Football Club, Bill Shankly and The Sandon, the Shankly Experience Tours are the only way to really see Liverpool.

These amazing tours feature entrance into the official LFC stadium and Museum Tour, the home of Bill Shankly in West Derby, a visit to the iconic Sandon pub and off course a tour around the magnificent Shankly Hotel. 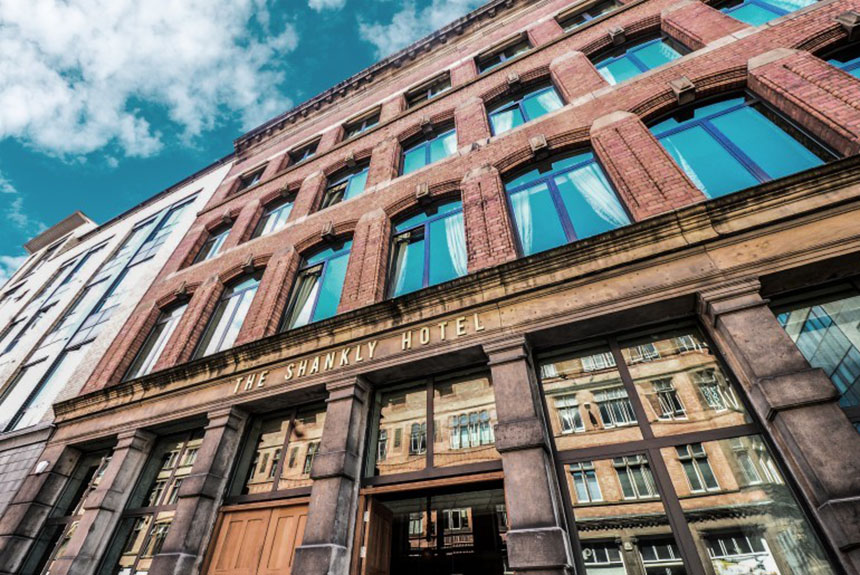 If you’d like to delve into the history of both Everton and Liverpool Football Clubs and visit the place where it all began, book one of our unique football themed tours and become an expert in Liverpool’s footballing legacy.

Click here to book or create your own Shankly Experience Tour of Liverpool.

Or to arrange a stay at the Shankly Hotel please call 0151 459 3383 or email reservations@shanklyhotel.com.