Join us at The Shankly Hotel tomorrow for Maribor vs Liverpool in the Champions League contest, with special guest and former Liverpool player, Phil Neal.

Starting at 7.45pm, we will be showing the game in our famous Bastion Bar and Restaurant and offering exclusive offers to all fans.

Arguably the most unknown opponents the Reds have faced in the contest so far, this match promises to be a brilliant contest.

We can’t wait to see how the game unfolds!

An Amazing Offer You Can’t Refuse

For just £12.95 per person, this amazing offer is one not to be missed. It includes:

Fancy watching the game from the comfort of the Bastion Bar and Restaurant with exclusive drinks deals and offers?

We are offering footy fans an amazing deal especially for this Champions League game.

The evening will kick off with a meal in the restaurant and an amazing visit from Liverpool legend Phil Neal who will be answering questions and meeting fans.

Phil Neal is one of the most successful English players of all time, having won eight First Divisions, four League Cups, five FA Charity Shields, four European Cups, one UEFA Cup and one UEFA Super Cup during his eleven years at Liverpool.

We are honoured to welcome him to our hotel, fingers crossed Liverpool F.C do him proud!

Liverpool will be hoping to gain maximum points from their Champions League double header against Maribor tomorrow evening.

Jurgen Klopp’s Reds have picked up two points from their opening two Group E games, but are travelling to Slovenia knowing a win could seal the deal for the next round.

Group rivals Spartak Moscow and Sevilla will battle each other over the next two game weeks, meaning six points from their next two games are vital for Liverpool’s hopes of progressing from a tricky group.

The Only Place to Catch the Action

A beautiful bar and restaurant set in the heart of The Shankly Hotel, the Bastion is the perfect place to watch Maribor vs Liverpool.

You’ll find yourself surrounded by fans just as passionate as you are and have the chance to spend some time discovering memorabilia including Bill Shankly’s personal typewriter and original LFC contract.

We recognise the importance of football to the people of Liverpool and believe that the Bastion celelbrates and pays tribute to one of the greatest managers Liverpool has ever seen.

With large screen TVs and all the sporting channels, it’s the only place to watch the Champions League match.

Recently voted the best sporting city in the UK, Liverpool has a long history with football and the Shankly Hotel are proud to be a part of it. 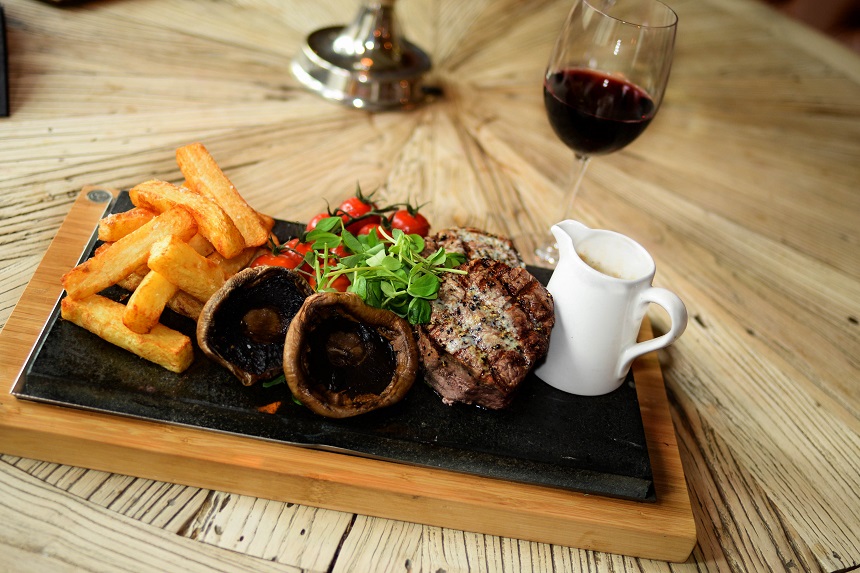 This offer also includes a pre-match meal in the Bastion Restaurant.

The menu offers everything from delicious grilled Sirloin Steak to Corn Fed Chicken Breast or a traditional beef burger, served with an array of delicious sides. Don’t forget to wash it all down with a pint and really make the most of match night.

Perfect for groups of family and friends, the Bastion offers an unrivalled atmosphere with a special buzz on match days.

Why not book an overnight stay and have the ultimate football celebration for the important match, The Shankly are here to make your experience the best it could be.

We only have limited numbers available for this fantastic Champions League deal, so book now to avoid disappointment.