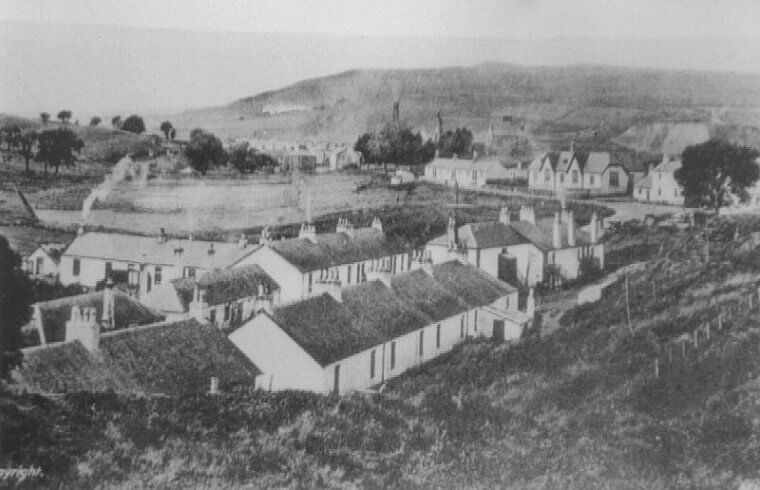 Glenbuck – The Birthplace of Bill Shankly

Bill Shankly was born in Glenbuck, East Ayrshire on September 2nd 1913. The village was a thriving coal mining community and was once a centre for pig iron making and coal blast furnaces, nestled in the hills three miles east of Muirkirk and 10 miles from Glasgow.

One of 10 children, with four brothers and five sisters, Alec, James, John Jnr, Bob, Netta, Elizabeth, Isobel, Barbara and Jean; Bill Shankly was the second youngest child to Barbara and John Shankly. His father earned a living as a tailor, which is where Bill got his taste for well-cut and groomed suits.

Shanks lived a modest upbringing, claiming that he never had a proper bath until he was 15 and that he and his siblings would regularly steal turnips for boiling and eating, the act being described by Bill Shankly as more out of ‘devilment than badness’ due to the necessity to eat!

Discipline was strict both at home and at school, where Bill Shankly played football as much as he could whilst enjoying the subject of Geography the most. Football was in the Shankly blood, with all four of his brothers going into the professional game. When he left school; as with nearly all in the village, he went to work in the mine with his brother Bob, something he did for 2 years before it closed leaving many facing unemployment.

The villages affectionately named football team; the Glenbuck Cherrypickers played host to many of the Shankly clan, but Bill himself never actually played for the team despite being offered a trial when he was 16, with the decision taken that he was too young. The team soon folded before Bill would have a chance to turn out for them at an older age.

Instead, Shankly represented Cronberry, a junior team which was semi-professional and located 12 miles from his home in Glenbuck, a journey he would often cycle to allow him to turn out for the team. It was whilst playing for Cronberry that Shankly was spotted by a scout, Peter Carruthers, who recommended him to Carlisle Utd for a trial, wherby despite a disastrous 6-0 defeat to Middlesbrough Reserves, Bill Shankly himself had done enough to impress them leading to being signed as a professional in July 1932. It meant Shankly had spent only a few months unemployed following the closure of the mine.

Whilst Bill Shankly departed Glenbuck to pursue a thriving life as a player and a manager, the village itself sadly suffered an opposite fate. By 1931 the last mine was closed and the onset of open cast coal mining in the 1990’s led to the demolition of pretty much every property. The village is mentioned in Robert Burns poem, The Brigs of Ayr and today, hosts a specially commissioned memorial plaque that pays homage to Bill Shankly and other icons who came from the legendary village.