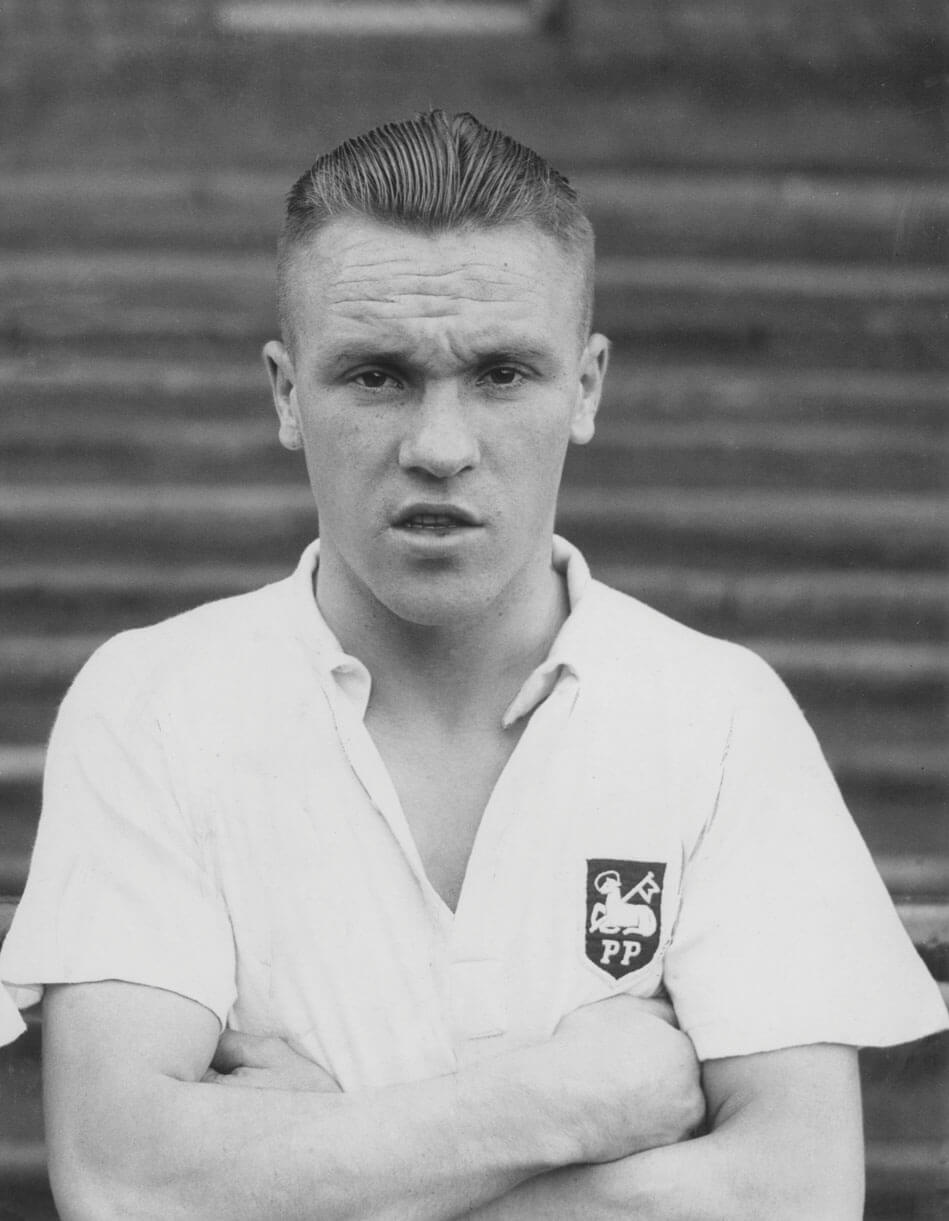 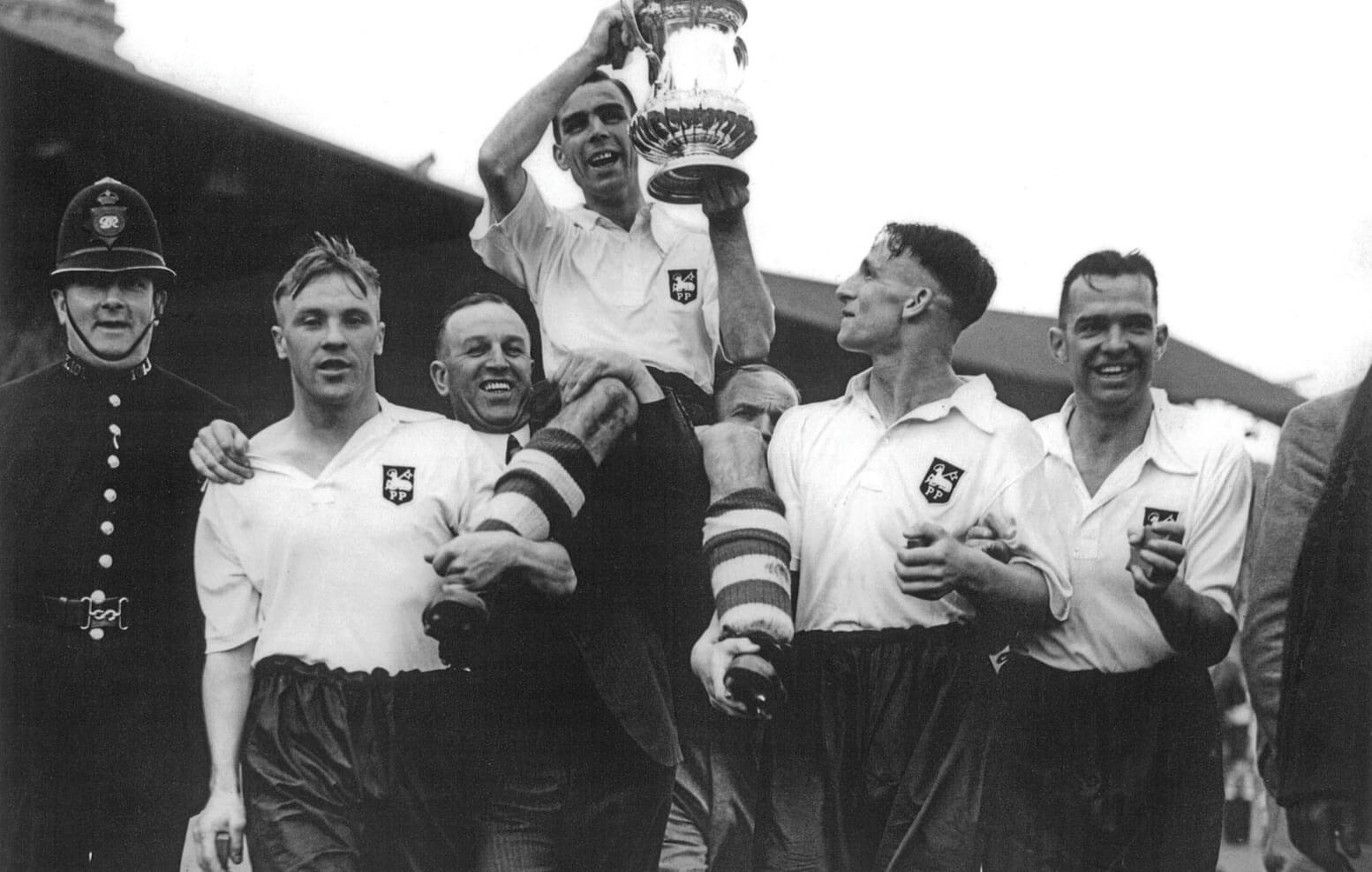 Having successfully navigated his trial at Carlisle, Shankly was signed as a professional in July 1932, leaving Scotland for the very first time.

He made his senior debut for the first team on New Year’s Eve 1932, in what was a 2-2 draw with Rochdale. He made 16 first team appearances throughout the 32-33 season and acquired a North Eastern League Cup winners medal with the reserves. A young Shankly had caught the imagination of the locals and was comfortably in the first team, earning a decent wage of four pound and ten shillings per week.

In the close season between the 32-33 season and 33-34, Shankly drew attention from other clubs, and Preston North End were quick to submit a bid of £500 to Carlisle for the Scots services. The terms being made available to him were only slightly increased from those he had been receiving at Carlisle, with five pound per week on the table, plus a fee of fifty pound and signing on fee of ten pound. Whilst not the greatest increase on his current terms, Shanks was advised to take the offer by his brother Alec, who pointed out the greater potential for Preston to be successful, leading on to bigger and better things in the future, and the conversation was persuasive enough for Bill to put pen to paper signalling his arrival as a Preston player.

As the 33-34 season kicked off, Shankly began life in the reserves, but it wasn’t long before he was elevated to first team status, making his full debut on 9th December 1933, against Hull City, where he was involved in the creation of one of Preston’s 5 goals en route to a 5-0 win for the Lancashire Club. It was just the start of what would be a great season for North End, with the club gaining promotion to the First Division as runners up to Grimsby Town, a club Shanks would later become well acquainted with. The young Scots wage was elevated to the eight pound per week mark as his stock began to rise.

In 1936-37, Preston fought their way to the FA Cup Final at Wembley, but were beaten 3-1 by Sunderland, however the disappointment did not deter them and the following season they were back in the capital at Wembley for the 1938 showpiece taking on Huddersfield Town. North End eradicated any memory of the previous year’s heartbreak by securing victory and the FA Cup thanks to a last minute extra time penalty from George Mutch. The penalty had been conceded by Alf Young who as Shankly tells it, was devastated. A brutal Shanks was unforgiving. “Of course it was a penalty. It’s a terrible thing when a man has nothing left to do but bring another man down. I was standing next to Alf Young afterwards. Tears were running down his face and I said to him, Aye, that’s not the first one you’ve given away either.” Preston finished third in the league that year, a season that was a high playing career wise for Shankly.

The onset of the Second World War curtailed Shanks playing career like many around him, and he was reduced to turning out for numerous clubs in war time league games whilst he was stationed with the RAF. Norwich, Arsenal, Luton and Partick Thistle can all claim to have had Shanks turn out for them during this time, but perhaps interestingly of all, he was part of a Liverpool side who beat Everton 4-1 at Anfield in 1942!

As the Second World War came to an end in 1945; the league programme resumed in 1946-47, but by now Shanks was a 33 year old in the twilight of his career. Despite being club captain, by 1949 he was struggling to hold down a place in a team that was fighting relegation, despite the presence of his great friend Tom Finney, a player Shanks describes as one of the best ever. It was by this stage that Shankly was looking to coaching and management and when an offer of a management role came up at Carlisle in March 49, the Scot took the chance to switch to his former club, a decision that caused some consternation with Preston and resulted in him being refused a benefit match that he was entitled to.