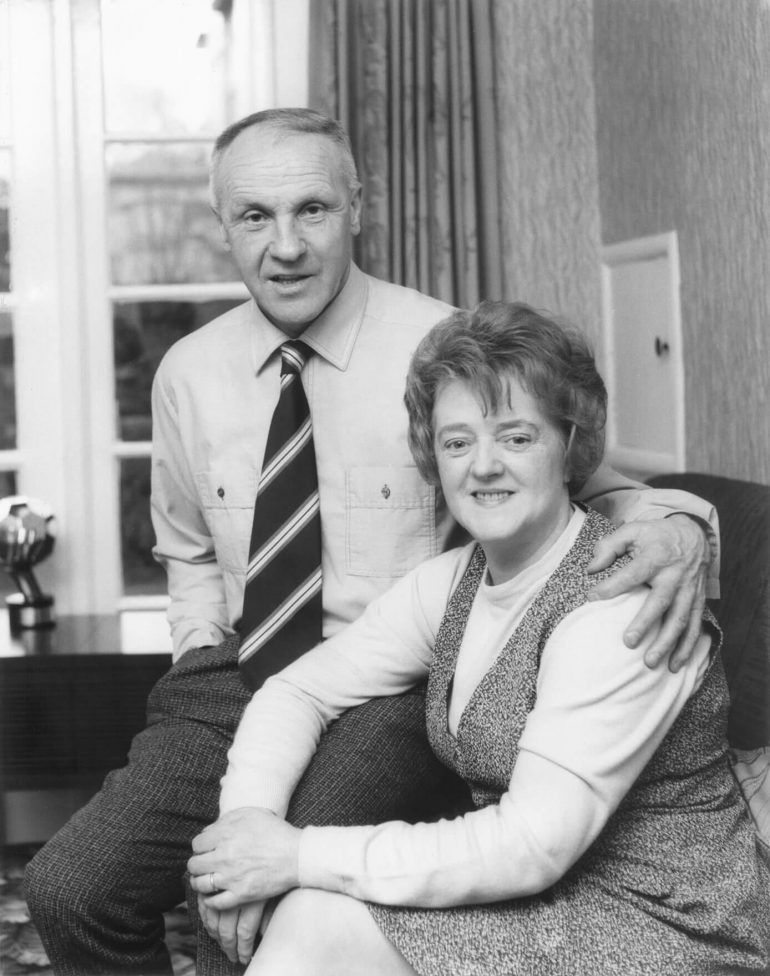 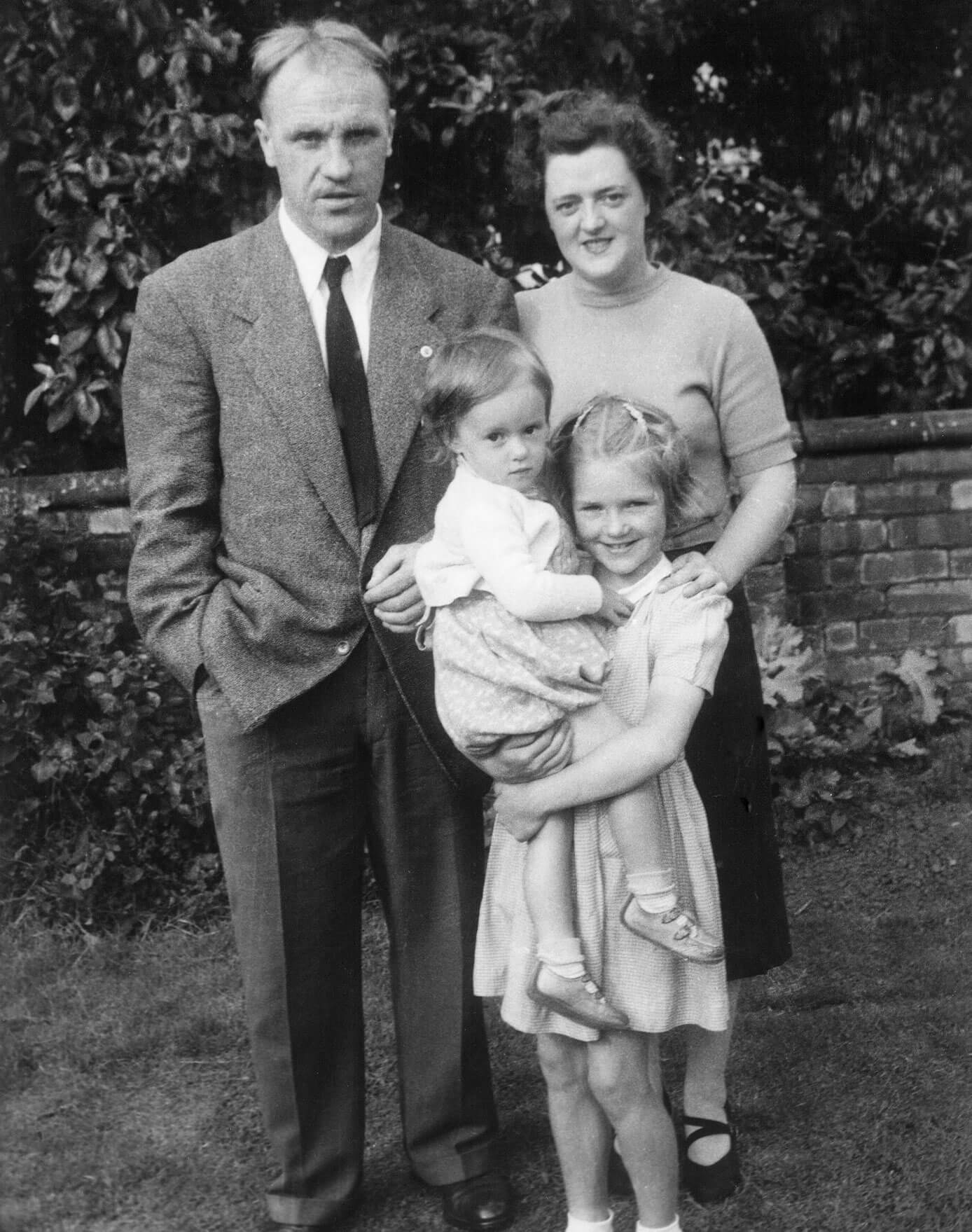 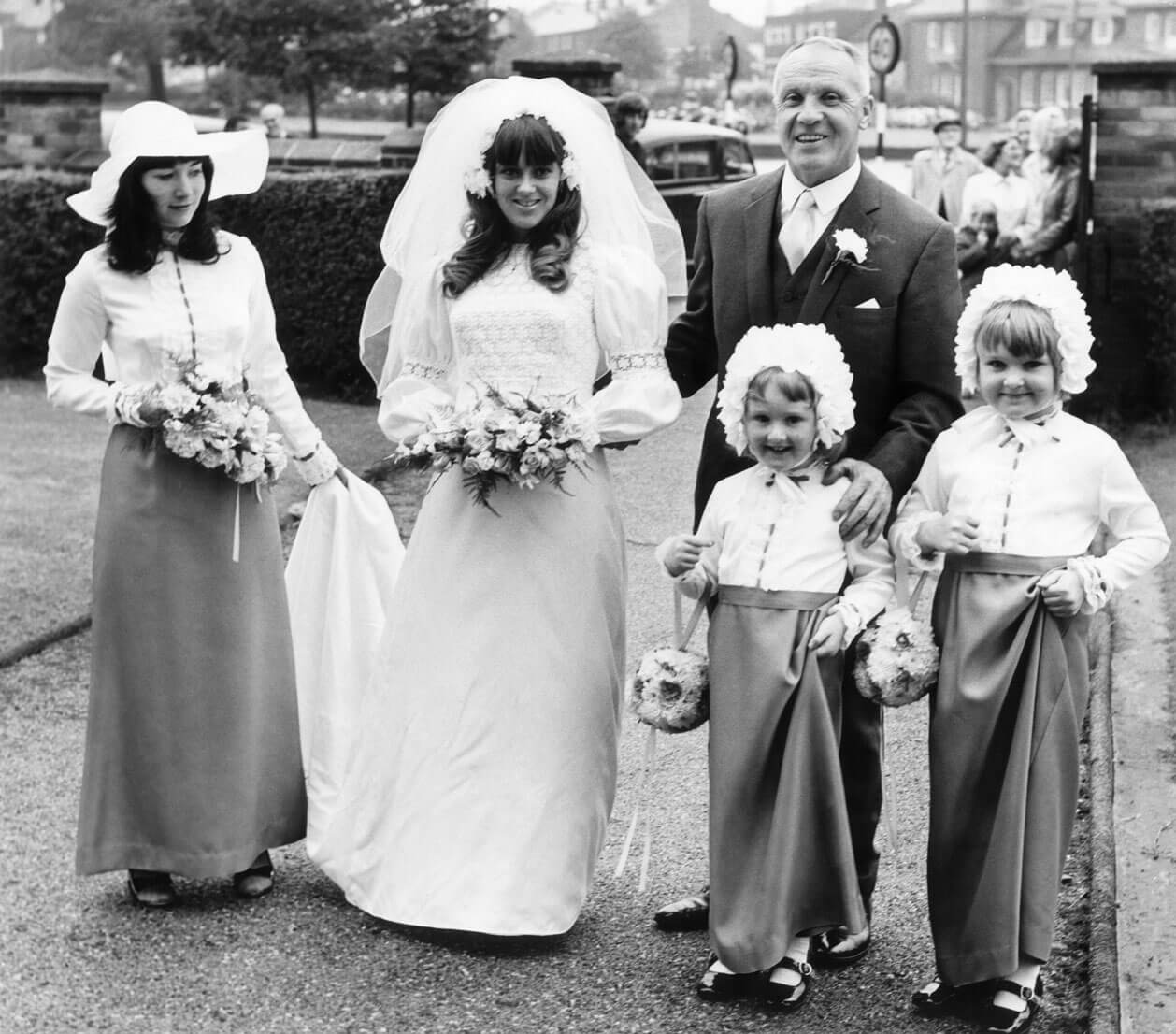 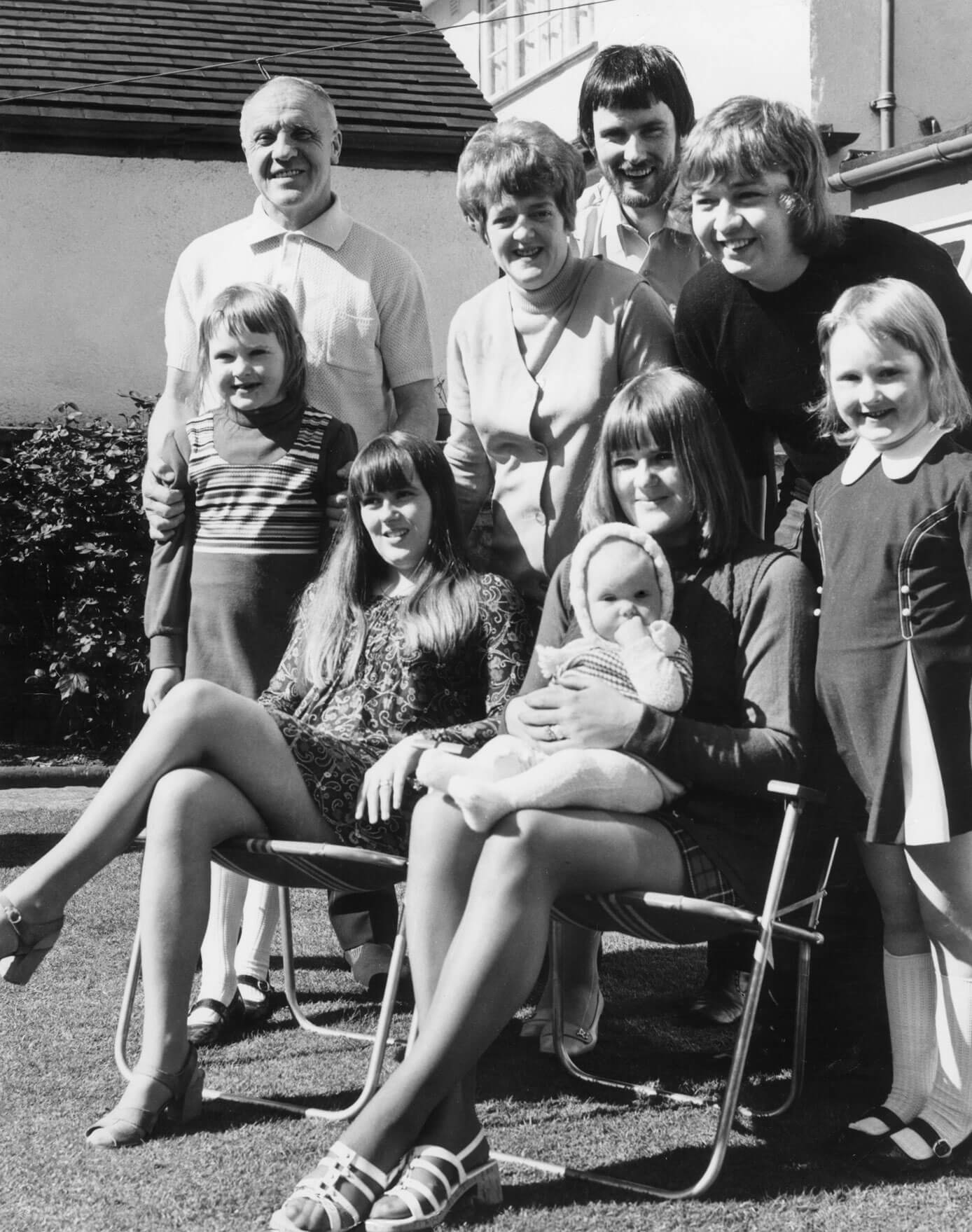 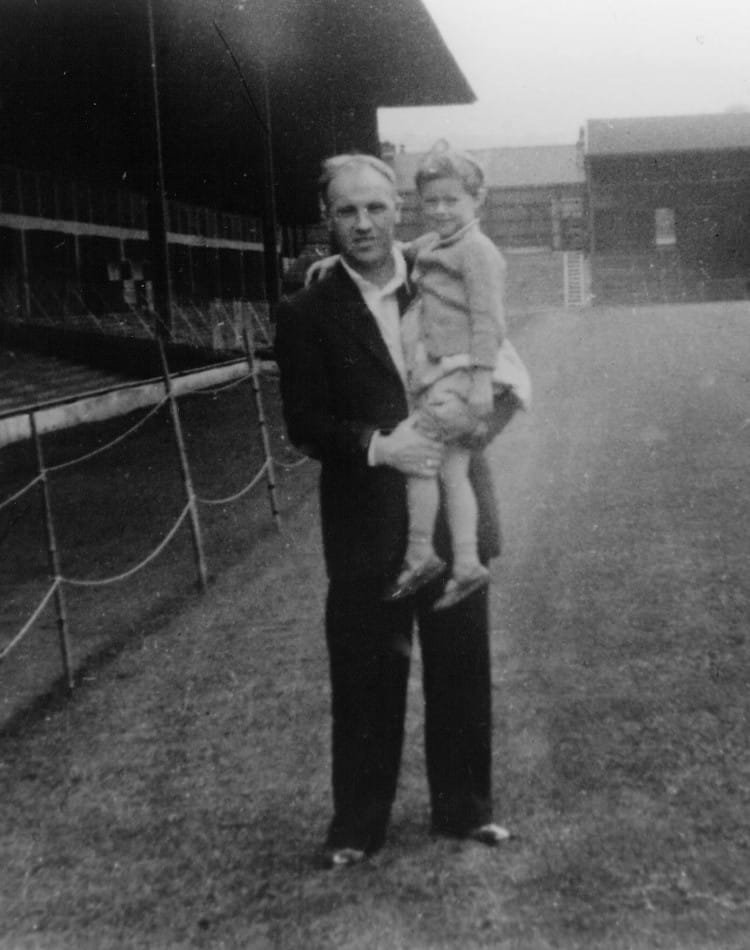 Despite his unwavering commitment to football; Shankly was a big family man. One of 10 children born to John and Barbara Shankly, his siblings were Alec, James, John Jnr, Bob, Netta, Elizabeth, Isobel, Barbara and Jean.
Shankly placed a lot of worth and tribute to the family unit and carried these values into his own family as he eventually got married and started having children of his own. In later life Bill would claim, “There’s nobody closer to you than your own kith and kin; your own blood. I’ve got my wife, my daughters, grandchildren, and my sons in law. They’re the closest to me and I would die for them.”

Bill met wife ‘Nessie’ (her full name was Agnes Wren Fisher) whilst stationed as an RAF Corporal just outside Glasgow at Bishopbriggs. Nessie was serving in the WRAF. She had never heard of him or recognised him as a footballer. Nessie was a Glasgow girl born and bred; raised and brought up in the tenement blocks of Dunchatten Street. They were married in Glasgow in 1944. Bill famously stated later in life; “War changed people’s lives and people’s minds. I got married and I never had any regrets. So for me, something positive did come out of the terrible thing that is war.”

It wasn’t long before Bill and Nessie had their first child, Barbara being born on 19th April 1945 in Glasgow, named after Bill’s mother and one of his sisters. Barbara would have to wait 6 long years before she had a sibling to extend the Shankly family, Jeanette being born on 20th February 1951 in Carlisle where Bill was then employed as manager of Carlisle Utd. Jeanette, so called after another of Bill’s sisters.

Shankly’s young family had to do a lot of moving round in their early years, and it wasn’t until 1959 when he took the Liverpool job that they eventually put down permanent roots in the West Derby area of the City, an area the family never left to this day. Nessie later commented that she knew Bill had found his spiritual home, “In Liverpool, with its traditional love for football, Bill found kindred spirits who shared his enthusiasm for the game.” Bill was a frequent site around the area, often joining in football games with ‘dads and lads’ on the local Barnfield Playing Fields, later re-named The Bill Shankly Playing Fields in honour of him in the early 1990’s, wife Nessie conducting the ceremonial opening. He would often visit the training ground of fierce local rivals Everton, which was only a stone thrown from his front door ironically; and was frequently seen walking the family dog Scamp around the West Derby area, chatting to people as he went about visiting his favourite local establishments such as Jimmy’s Chippy and the Eaton Road Café.

The Shankly family would soon grow in size again as both Barbara and Jean grew up to find partners and husbands. Barbara gave Bill and Nessie their first grandchildren in the form of Karen, Pauline and Emma, and Jeanette soon followed suit with Jenny and Claire. Jeanette would go on to give birth to a sixth grandchild, and Bill’s first and one and only grandson Chris (our Hotel Director) but Bill would sadly pass away 6 months prior to Chris’s birth. He did however know that Jeanette was pregnant for a third time and as Jeanette tells the story; “Dad rubbed my belly and told me, this one is definitely a boy.” Shanks wasn’t wrong, he rarely was, and it seems Chris inherited quite a lot of his grandad’s traits, namely cleaning the cooker when Liverpool lost! You’ll have to check out room 118 for more info on this story under Chris’s My Shankly story!

As of the hotel opening in 2015, Bill would have been able to claim a number of great grandchildren. Tony, Matthew, Stuart, Rhianna, Panayiotis, Stephen and William can all lay claim to the Shanks’ bloodline and are the most recent members of clan Shankly.