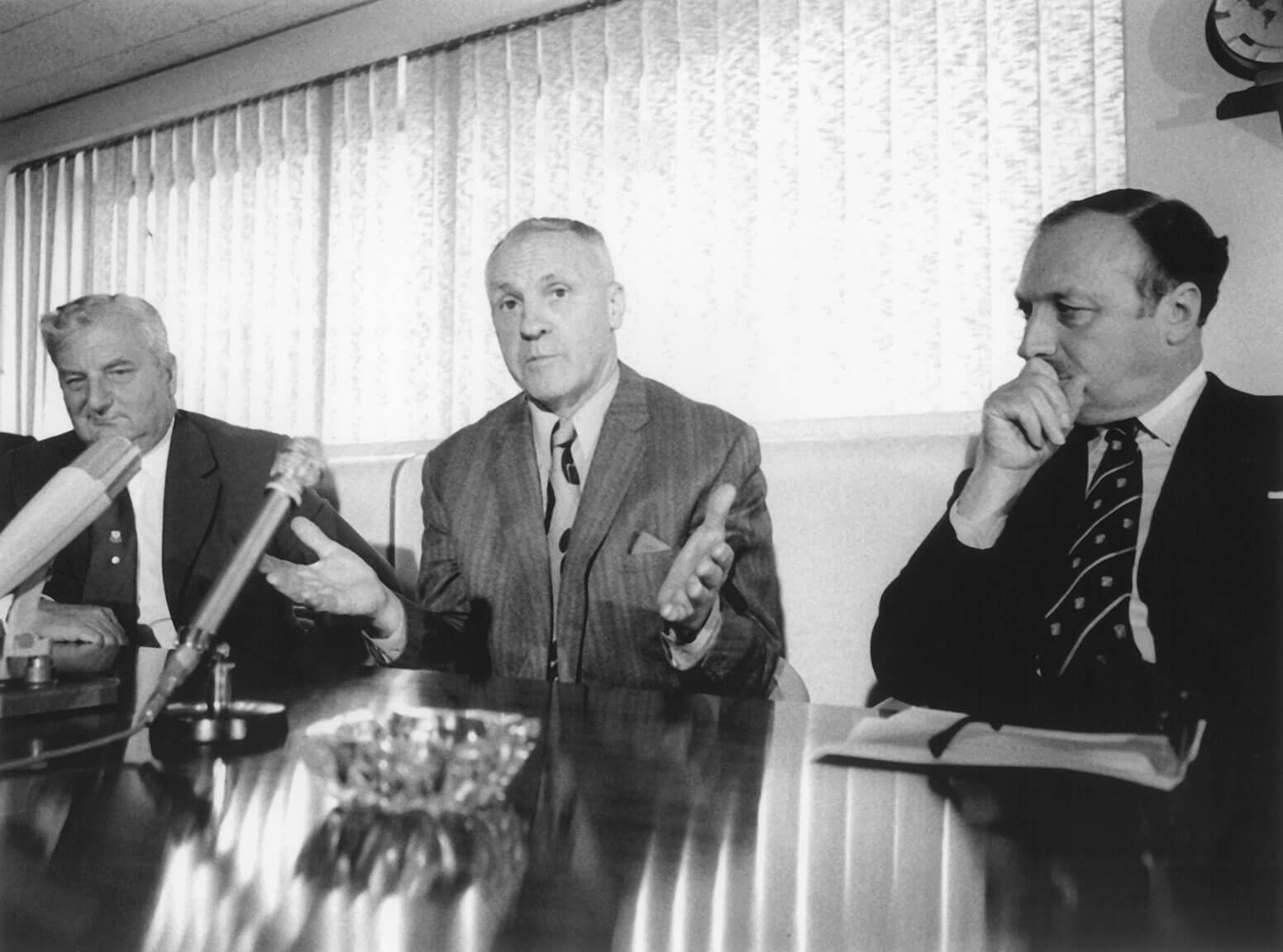 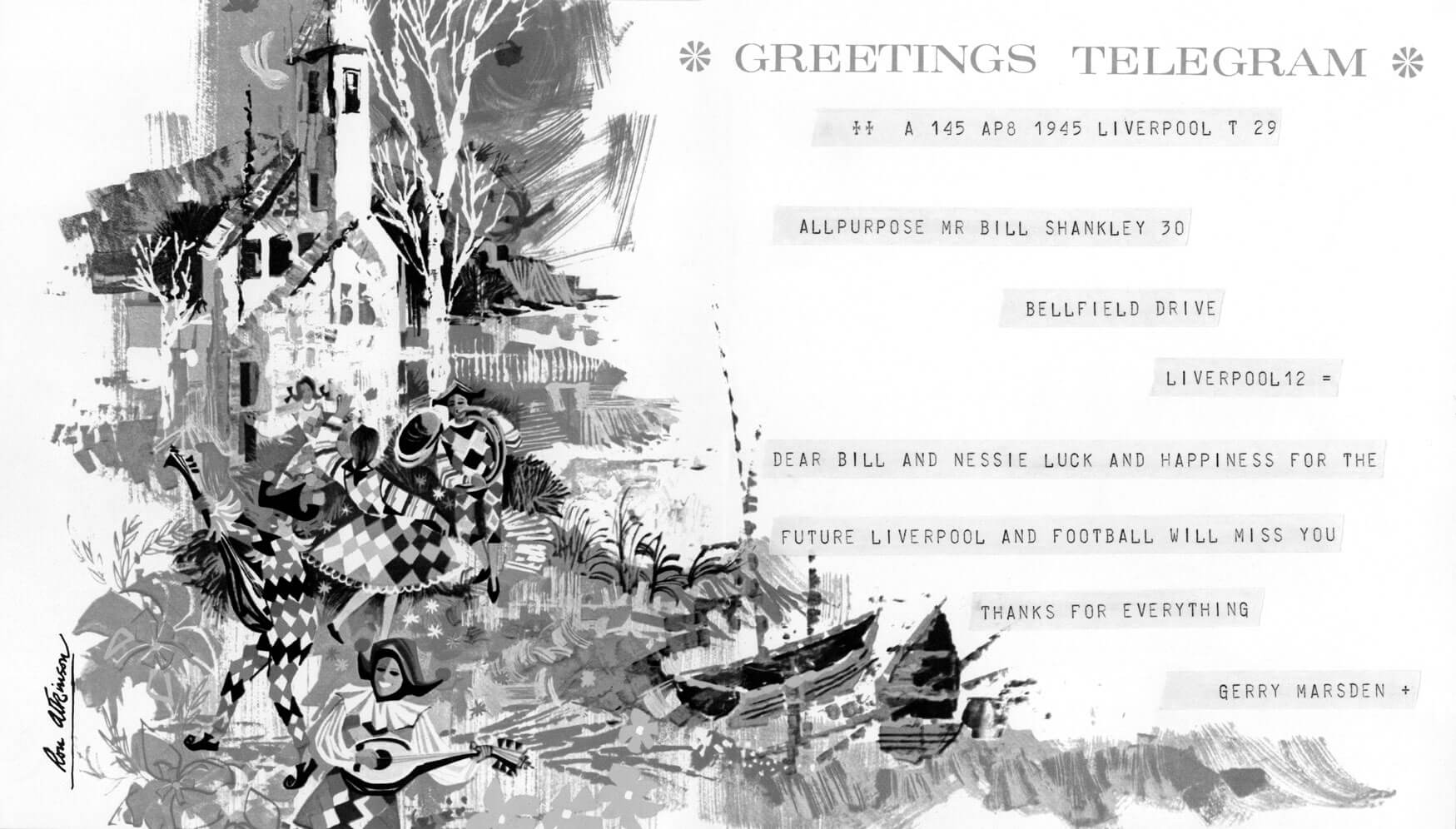 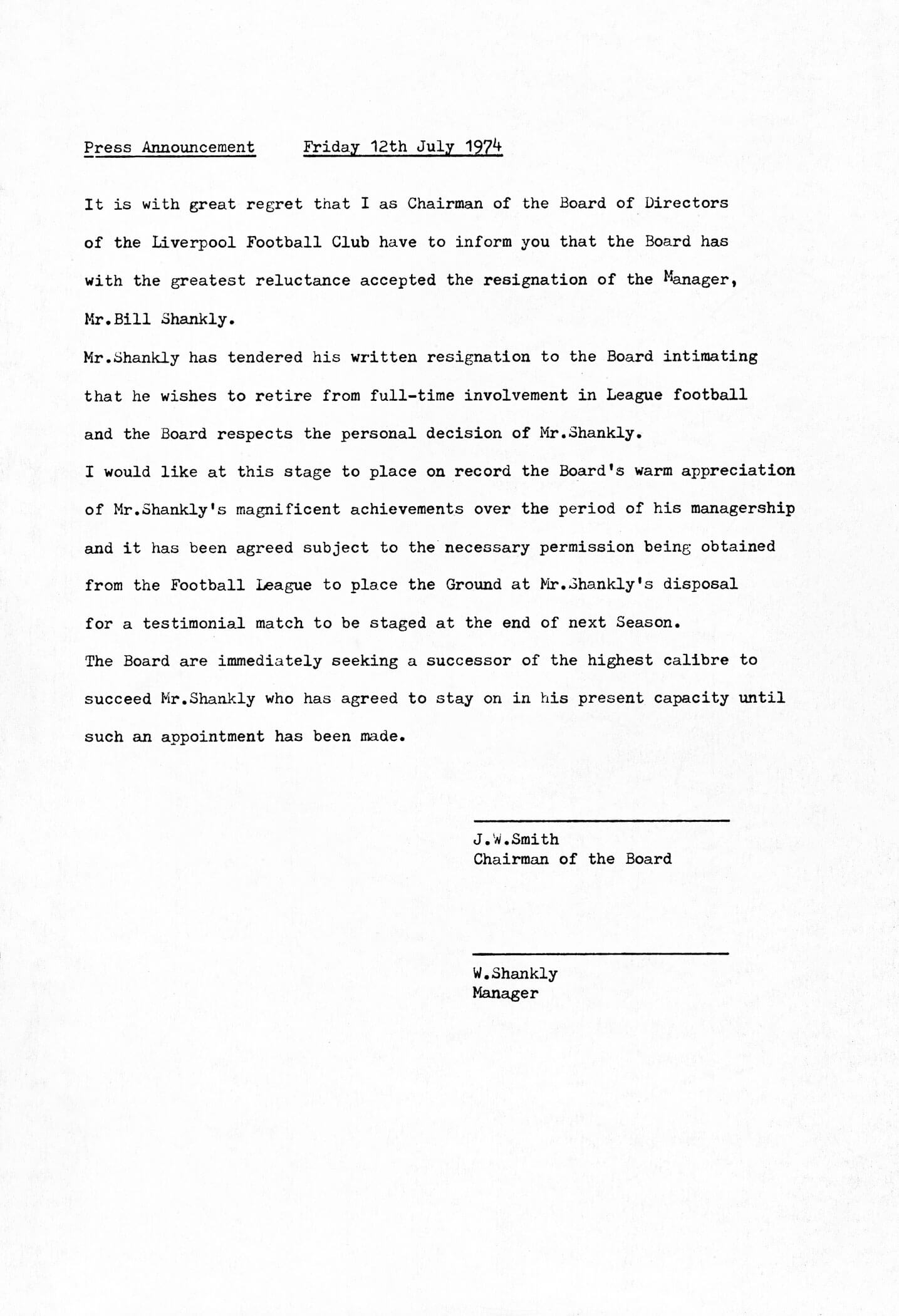 When Liverpool defeated Newcastle to claim the 1974 FA Cup in emphatic fashion, Bill Shankly was 60 years old. Accounts from some at the time state that Shankly had complained of feeling tired after the game. What was certain was that the man had dedicated his life to the game, often to the detriment of his family life. A husband, father of two and now a grandad, Shankly quipped later that year on receiving his OBE that the trip to Buckingham Palace with his wife Nessie was a rare day out.

What was apparent was that his decision was taken to allow him to spend more time with his family, and on 12th July 1974 the club made the following statement following Shankly’s letter of resignation;

“”It is with great regret that I as chairman of Liverpool Football Club have to inform you that Mr Shankly has intimated that he wishes to retire from active participation in league football. And the board has with extreme reluctance accepted his decision. I would like to at this stage place on record the board’s great appreciation of Mr Shankly’s magnificent achievements over the period of his managership”.

Shankly was however to struggle with his retirement. Living without the day to day hustle and bustle of the game was hard for him to take and he frequented more and more games played by teams from all over the country, including Liverpool’s nearest rivals Everton. Indeed Shankly even famously stated in his own autobiography, “I have been received more warmly by Everton than I have by Liverpool.” This was in direct reference to the fact that Shankly was increasingly distanced from the club, having been subtly asked to not visit Melwood as frequently as he used to; and spending much of his time watching them in the stands with the fans, sat away from the senior club officials.

What most irked the Scot however; was that he was never offered the opportunity of a directorship at the club, something that would have kept him involved on a day to day basis.